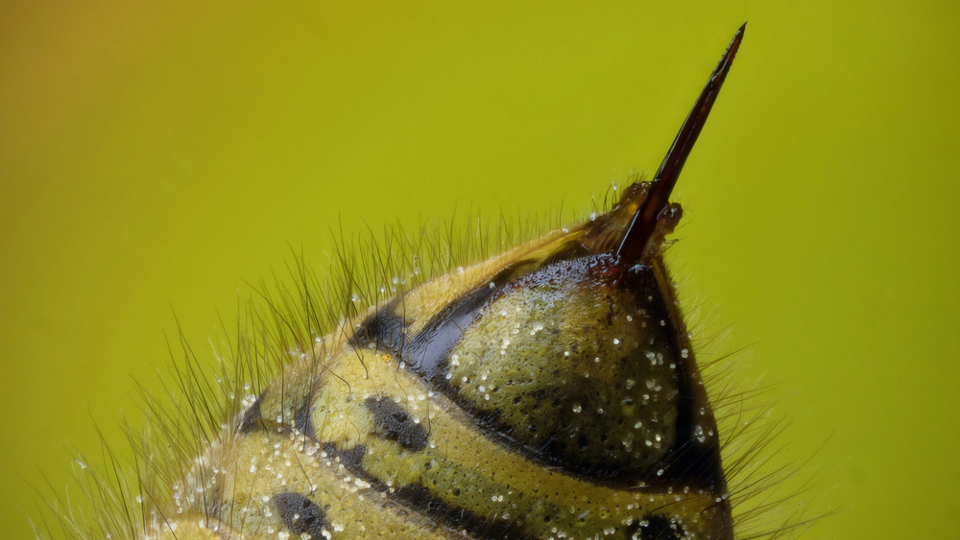 A new study has shown that bee venom can kill the human immunodeficiency virus (HIV).

Visit Washington University’s website to read more about the study.

“Melittin on the nanoparticles fuses with the viral envelope,” said research instructor Joshua L. Hood, MD, PhD, via the news release. “The melittin forms little pore-like attack complexes and ruptures the envelope, stripping it off the virus.” Adding, “We are attacking an inherent physical property of HIV. Theoretically, there isn’t any way for the virus to adapt to that. The virus has to have a protective coat, a double-layered membrane that covers the virus.”

This revelation can lead to the development of a vaginal gel to prevent the spread of HIV and, it seems, an intravenous treatment to help those already infected. “Our hope is that in places where HIV is running rampant, people could use this gel as a preventive measure to stop the initial infection,” said Hood.

The bee venom HIV study was published on Thursday in the journal Antiviral Therapy, according to U.S. News & World Report.

This study comes on the heels of news that a Mississippi baby with HIV has apparently been cured. The mother was diagnosed with HIV during labor and the baby received a three-drug treatment just 30 hours after birth, before tests confirmed the infant was infected. The child, now 2 years old, has been off medication for about a year and shows no sign of infection.

More than 34 million people are living with HIV/AIDS worldwide, according to amFAR, The Foundation for AIDS Research. Of these, 3.3 million are under the age of 15 years old. Each day, almost 7,000 people contract HIV around the globe. Scientists from the USA in their new study, published in the journal Nature, reported the first possible case of a cure for the human immunodeficiency virus without...