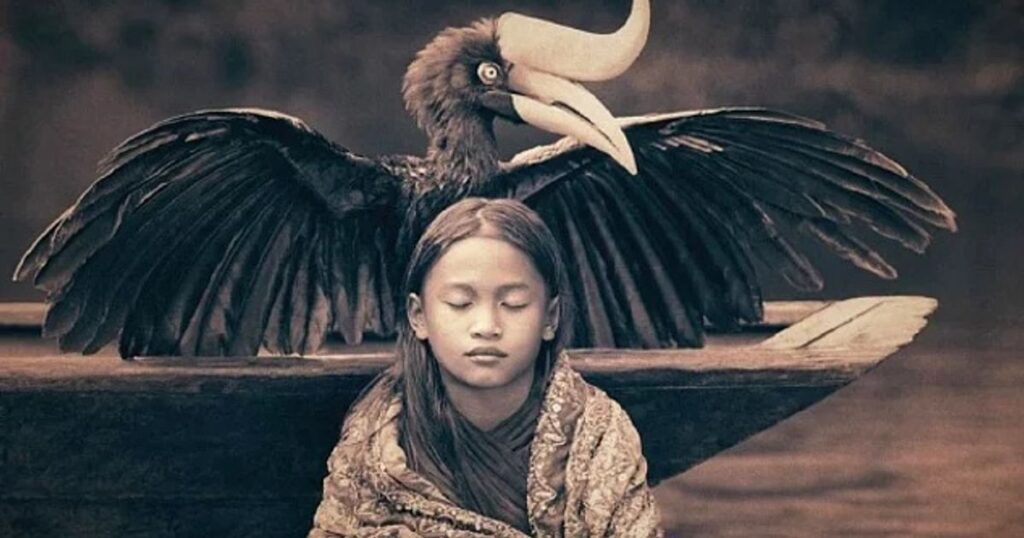 In the hustle and bustle of everyday life, we sometimes do not notice how time flies past us, what miracles surround us. We do not have time to listen to the rustle of leaves in the wind and we miss those minutes when the crimson moon hangs at the very horizon.

Below are 10 films that reflect the beauty and diversity of our world. You watch such a movie and forget about everything.

7 fairy tales-ballads based on Czech folklore are filmed colorfully and poetically.

They endure a time when people were closer to nature, believed in miracles and the spirits of the forest, when the terrible and the beautiful were merged together.

Gregory Colbert’s documentary has no plot, but it attracts with its stunning, unrestrained beauty, reflecting the unity of man with nature.

The film was shot for 13 years in the most exotic corners of our planet: Burma, Ethiopia, India, Antarctica, Sri Lanka, Tonga islands and many other picturesque places.

The main character Thomas tries to find a cure for his wife Isabelle. Every day she gets worse, and he cannot be near, because he puts experiments in the laboratory. In his soul, love, the desire to be with Isabelle and the desire to extend her life are fighting.

Darren Aronofsky’s philosophical drama was filmed in vivid colors, despite the fact that the director did not use computer special effects.

This is a beautiful one and a half hour trip to the most amazing places on the planet.

Director Ron Fricke showed the inextricable connection of all people and events on earth, the cycle of death and birth, the versatility of our world, where beauty coexists with nondescriptness, and the end means the beginning.

The story of a bear cub that lost its mother and nailed to a large wounded bear. Together they have to go through many trials, the worst of which is meeting the hunters.

The wonderful plot of the film is combined with stunning music that helps you immerse yourself in the world of nature and feel it with your whole body.

Happy People: A Year in the Taiga

The harsh Siberian nature, untouched by man, the majestic Yenisei River and the small village of Bakhta with a simple way of life.

People live and survive in these parts, rely only on themselves and also ask only themselves. Four seasons – four lifestyles for each of them.

Young musician August Rush does not know his parents, but he really wants to find them and for some reason is sure that if he plays, they will hear and recognize him by his music.

Mesmerizing music permeates the entire film and works wonders to dispel the evil spell of separation.

A documentary masterpiece, a philosophical essay accompanied by superb cinematography and music, goes without words. The only and main actor here is life in all its diversity and unity.

The gaze of a monkey sitting in a hot pond is equal to all the depths of cold space, and the dances of the aborigines are synchronized with the movements of the forest.

This is a beautiful and unhurried philosophical parable about a wheel of time moving into infinity. Each time, with the beginning of a new cycle of rotation, life on earth is renewed, and everyone has the opportunity for a new rebirth.

The film by Korean director Kim Ki-dook tells about two monks – a teacher and his student – and the obstacles that must be overcome on the way to finding harmony.

The main characters of the documentary narration are cultural and historical monuments.

They absorbed the life of the people who created them, and have remained for centuries as an imprint of bygone eras.