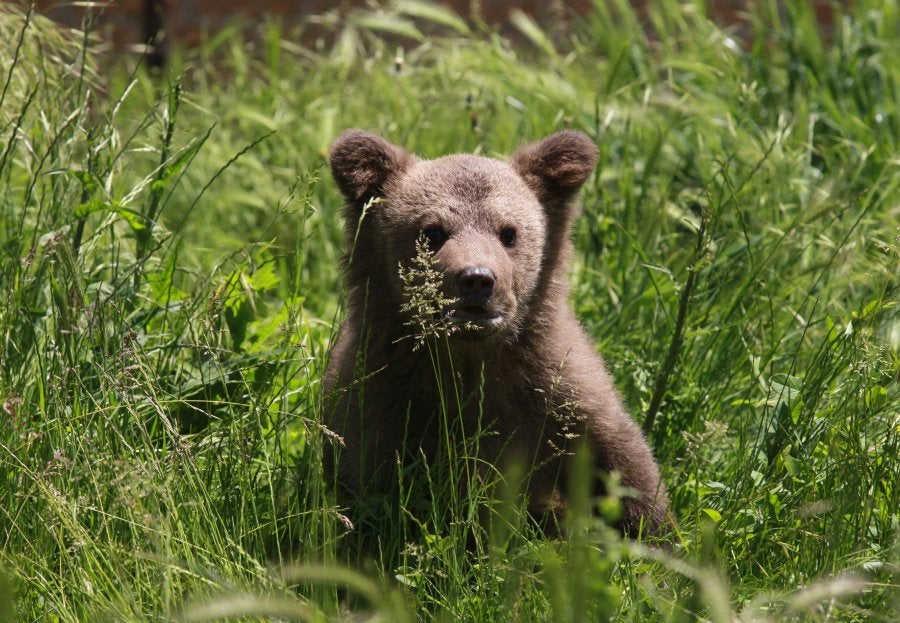 An adorable bear cub has a new lease on life, thanks to the animal welfare group Four Paws International and Kosovo authorities. After living in a dark, filthy basement for most of its life, the bear cub now lives at the Bear Sanctuary Prishtina. Recently, he experienced grass for the first time ever.

As GoodNewsNetwork reports, the cub had been liberated from a dark basement enclosure in Kosovo. Someone had been keeping him as a pet, which is against the law. After the cub was rescued, he was transported to his new home at the bear sanctuary.  The specialized sanctuary is home to other bears who have also been saved from neglectful situations.

Before he was allowed to experience the joys of nature, the bear cub underwent a thorough medical examination. Once he was deemed “healthy,” he was transported outside. The video below shows him running through the grass, feeling the sun on his face, and exploring his new home.

Safe haven for the bear cub in Kosovo!

A safe haven last! 🐻The recent tragic story about the bear cub in Kosovo, who was found to be living in terrible conditions in a dark garage, was not only touching for us, but it also moved many of your hearts.🧡Two weeks ago, we got the news we had all been hoping for, and we were finally able to bring him to our Bear Sanctuary Prishtina. Here you can see the emotional moment when the little bear explores his new beautiful enclosure for the first time! 🌳➡️ Please help us to look after this little wild animal in the future!

“We thank Ministry of Environment and Agency for Environment Protection for the trust in our professionalism to continue with the right treatment for the cub,” said Afrim Mahmuti, manager of the Bear Sanctuary Prishtina.

For the next six months, Four Paws International will care for the cub until he matures into adolescence. At that point, it will be determined whether or not the bear can be released into the wild. For now, he seems happy simply living at the sanctuary.