Is this Bigfoot, or is someone pulling a prank ?

Tigers infielder Jordy Mercer has posted up two still images of an alleged Sasquatch on his property.

The 33-year-old Major League Baseball veteran reportedly captured the images on the 18th and 19th of November on his ranch in Oklahoma.

Both images show a large bipedal creature walking from right to left across the frame.

“Anyone know what this is ?” Mercer wrote. “Showed up back to back days on my deer camera!”

Little else is actually known about the images or the circumstances surrounding them and it is not even clear whether the post is intended to be serious or tongue-in-cheek.

As is often the case with such photographs, the ‘Bigfoot’ could simply be a person in a costume.

It is also possible that a third party was pulling a prank without Mercer’s knowledge.

Anyone know what this is? Showed up back to back days on my deer camera! @BladeHobgood81 pic.twitter.com/dkw3J0ksjz

In this article:Bigfoot sightings, Jordy Mercer 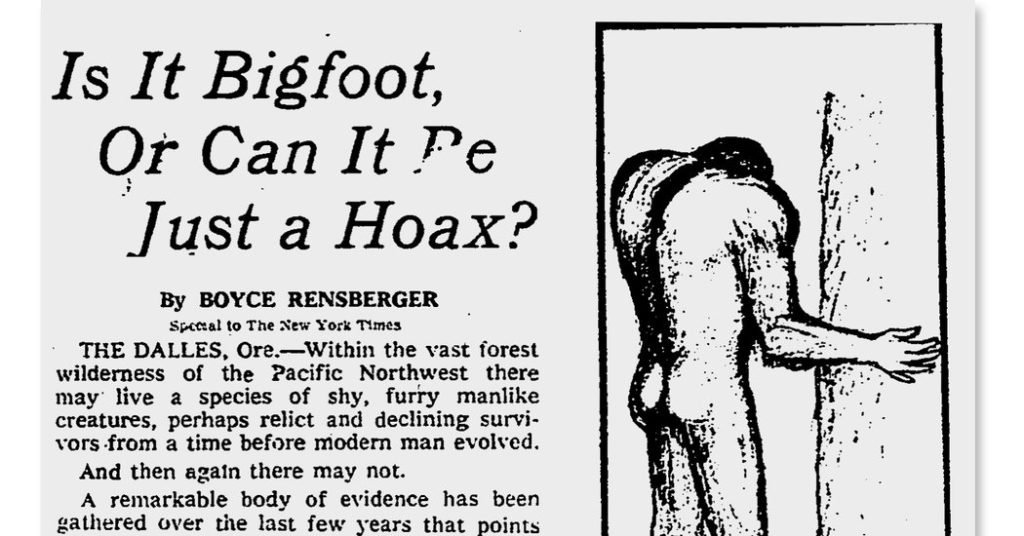 The F.B.I. Once Helped in the Hunt for Bigfoot

Bigfoot.That is all the F.B.I. said (well, tweeted) Wednesday when it released 22 pages of eyebrow-raising documents related to a 1970s hair analysis it...