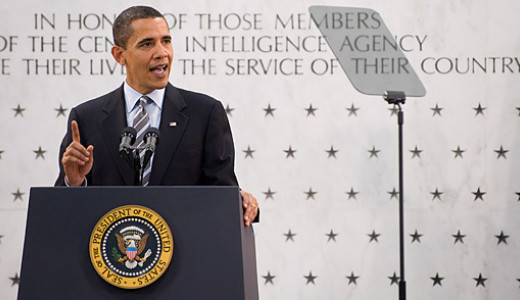 A newly released report claims that the US President Barack Obama is a CIA creation, as his clandestine life poses question after question.

American investigative journalist and former National Security Agency employee Wayne Madsen says Obama as well as his family including his parents, step-father, and grandmother had connections with the CIA and other wealthy elites such as the Rothschild and Rockefeller families.

Madsen has put together an extensive three-part (and growing) series with conclusive proof and documentation that Barack Obama Sr., Stanley Ann Dunham (Obama’s mother), Lolo Soetoro (the Indonesian stepfather of Barack Obama) and Barack Obama himself all hold deep ties to the CIA and larger intelligence community. Madsen has been using publicly available data bases for his work on Obama.

“I don’t see any change and in some aspects I think he’s worst than former President Bush. I wish this information was available during the presidential elections. Obama has always been very supportive of the CIA and applauded them in a speech rather than investigating their torture operations in Guantanamo Bay and abroad,” Madsen explained.

Obama’s supporters have been very careful to keep his history hidden by clamping down his high school records, college records, passport and his birth certificate. Barry Soetoro was an alias for Barack Obama and this was the name registered at the Fransiskus Assisi school in Jakarta, Indonesia.