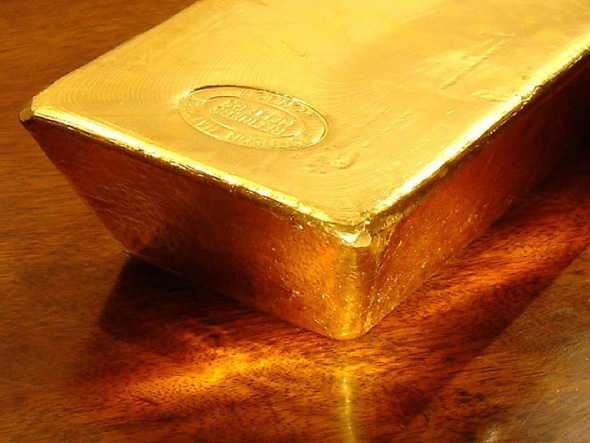 The team at Michigan State University say that they found the bacteria Cupriavidus metallidurans is able to take so-called liquid gold (gold chloride, a toxic chemical found in nature) and turn it into 24-karat gold.
The process has been named microbial alchemy – and that’s exactly what it appears to be.
“Microbial alchemy is what we’re doing – transforming gold from something that has no value into a solid, precious metal that’s valuable,” said Kazem Kashefi, assistant professor of microbiology and molecular genetics.
Unfortunately for the world gold markets, it’s not possible to reproduce the experiment on a larger scale because it isn’t cost effective. As such while the researchers might be able to take toxins and turn them into gold, they’ll still come out behind overall.
The result of their research is actually an artwork, named “The Great Work of the Metal Lover”. In features a portable lab in which the bacteria produce gold flakes in front of a live audience.
So it’s no panacea for rocketing gold prices…
But the artist-scientist team still claim the installation still impact, because of its ability to “push scientific inquiry” in new directions.
“Art has the ability to probe and question the impact of science in the world, and ‘The Great Work of the Metal Lover’ speaks directly to the scientific preoccupation while trying to shape and bend biology to our will within the postbiological age,” said Adam Brown, associate professor of electronic art and intermedia at the university.