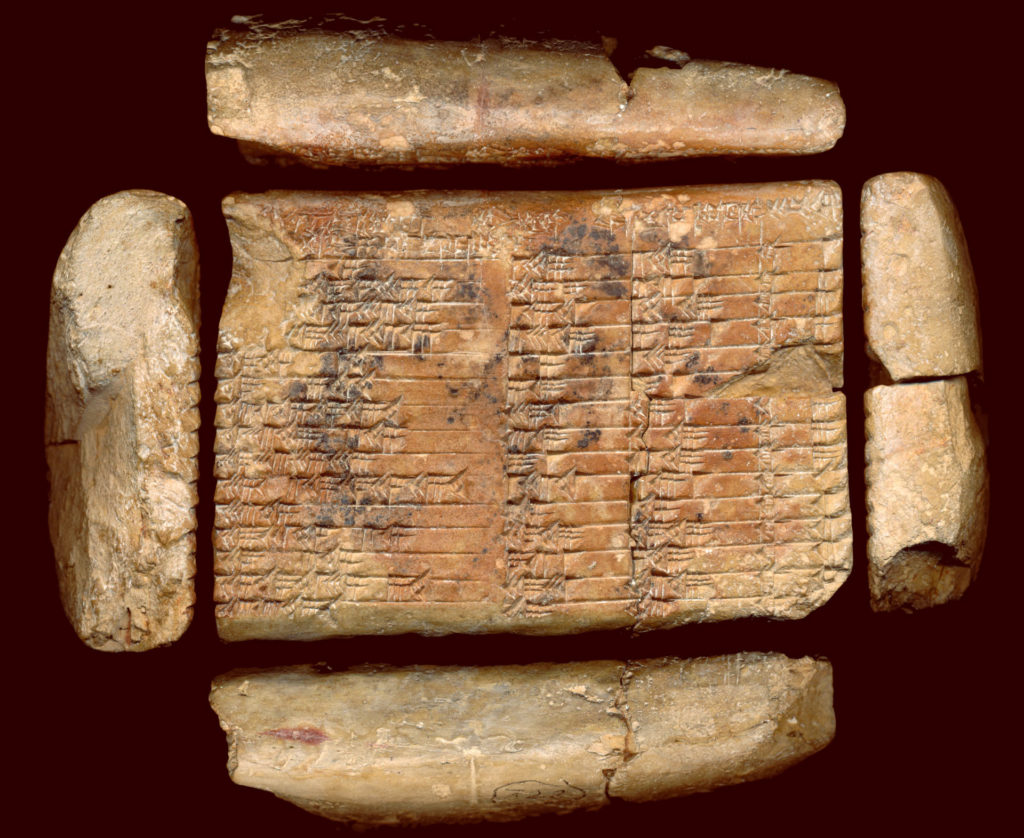 Trigonometry is not quite an easy target to excel in for many students. But, is it possible that the Babylonians, whose culture thrived from 2800 to 1700 BC, to ease up this challenge with the help of a clay tablet, known as Plimpton 322?

An Australian mathematician, Dr. David Mansfield of the School of Mathematics and Statistics of New South Wales, who has been examining its application, recently stated his judgments. He explained how solving the mystery of the tablet could simplify the study of triangles.

Heretofore, the foundation of the trigonometry were the doctrines of angles and irrational numbers. The examination of Plimpton 322 reveals that Babylonians, in fact, used proportions.

“This gives us a different way of looking at trigonometry. The beautiful thing about it is that it’s much simpler,” said Dr. Mansfield.

Trigonometry is not only a branch of mathematics but is also an indispensable part of the architecture, engineering, astronomy etc.

Until now, only Greek principles were employed while studying it. Now, however, considering this tablet, we can conclude that Babylonians beat the Greeks in the discovery of trigonometry by about 1,000 years.

Researcher Edgar Banks discovered this tablet in southern Iraq. According to many, he was the inspiration for the modern-day movie Indiana Jones.

Banks was not collecting tablets as an archaeologist, but to sell them to universities, libraries, and museums.

According to mainstream history, the father of trigonometry is the Greek astronomer Hipparchus. But, the creation of Plimpton 322 happened a long time before his era.

Dr. Mansfield said: “Babylonian mathematics may have been out of fashion for more than 3,000 years but it has possible practical applications in surveying, computer graphics and education.”

More than 400 clay tablets with inscriptions still exist from the time of the Babylonians.

About its name, it got it after the American publisher and collector George Arthur Plimpton, who bought it.

In 1936, not long before he died, he donated it to the Columbia University. Right now, it locates in the Rare Book and Manuscript Library at this very same place.

n the 1940s, researchers who were analyzing the tablet concluded that the cuneiform numbers on it matched to the Pythagorean Theorem.

According to this theorem, the square of a right triangle’s hypotenuse is equal to the squared lengths of the other two sides.

In this article:Babylonian mathematics, trigonometry