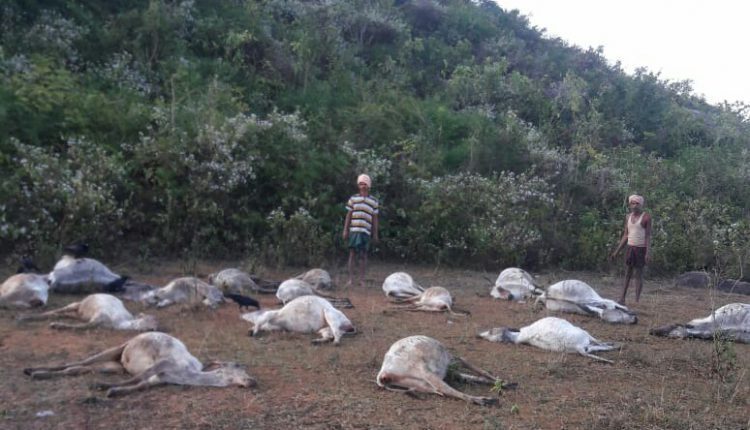 At least 50 cows were mysteriously found dead near Landaduali village under Aska block in Ganjam District on Thursday, triggering panic among locals.

According to first reports, five cowmen of the village were looking after hundreds of grazing cows in the morning, when all of a sudden, their behavior changed and about 50 unexpectedly and instantly drop[ped] dead.

Farmers and concerned residents rushed to the area to find out the origin of this mysterious mass death.

Meanwhile, officials are trying to find the cause of this strange cattle death.

Two days ago, many different birds were seen falling dead from the sky in Australia.