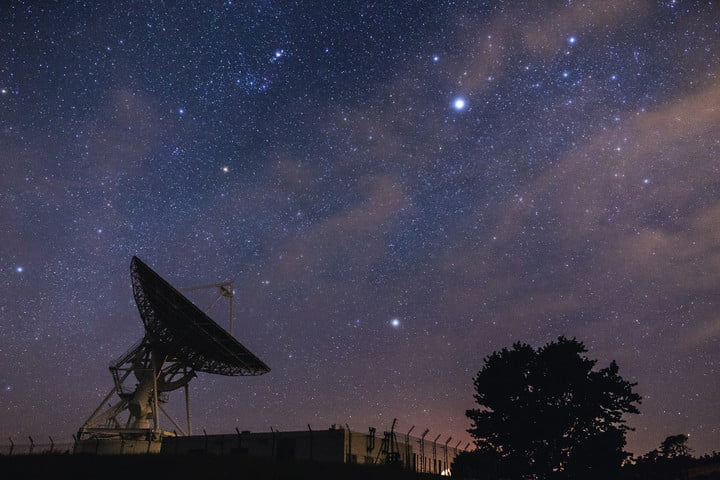 Spotting extraterrestrial life isn’t easy. Unless aliens show up hovering above major landmarks like they do in Independence Day, finding them depends on first finding other planets hypothetically capable of maintaining life, and then exploring them in more detail. Hector Socas-Navarro at Spain’s Canary Islands Institute of Astrophysics in Spain has another idea, however — and it’s all about searching for space satellites.

“The main problem in the search for extraterrestrial intelligence is that we don’t know what to look for,” Socas-Navarro told Digital Trends. “Scientists are very interested in ‘technomarkers,’ things that we could detect in other planets that would reveal the presence of a technological civilization.”

As he points out, this is a tough ask. Previous attempts to find “technomarkers” have focused either on technology that would be available to only the most advanced civilizations (think antimatter-based interstellar propulsion!) or ones which are virtually undetectable to us (such as global warming on other planets). Socas-Navarro’s approach aims to detect civilizations that are similar to ours, with the same technology that we have. It involves looking for satellites in geosynchronous orbit, forming something called the Clarke belt, a thin belt with a very precise diameter that is optimal for broadcast and relay communications satellites.

“Under certain conditions, a highly populated Clarke belt would be detectable in planets around other stars with our current telescopes,” Socas-Navarro continued. “Conversely, our own Clarke belt might at some point in the future be detectable from nearby stars. In the last decades, it has been growing at an exponential rate. If this rate continues, in the year 2200 we would be detectable by telescopes like our own. This is something that should be considered in the currently ongoing debate on whether humanity should send signals out into space.”