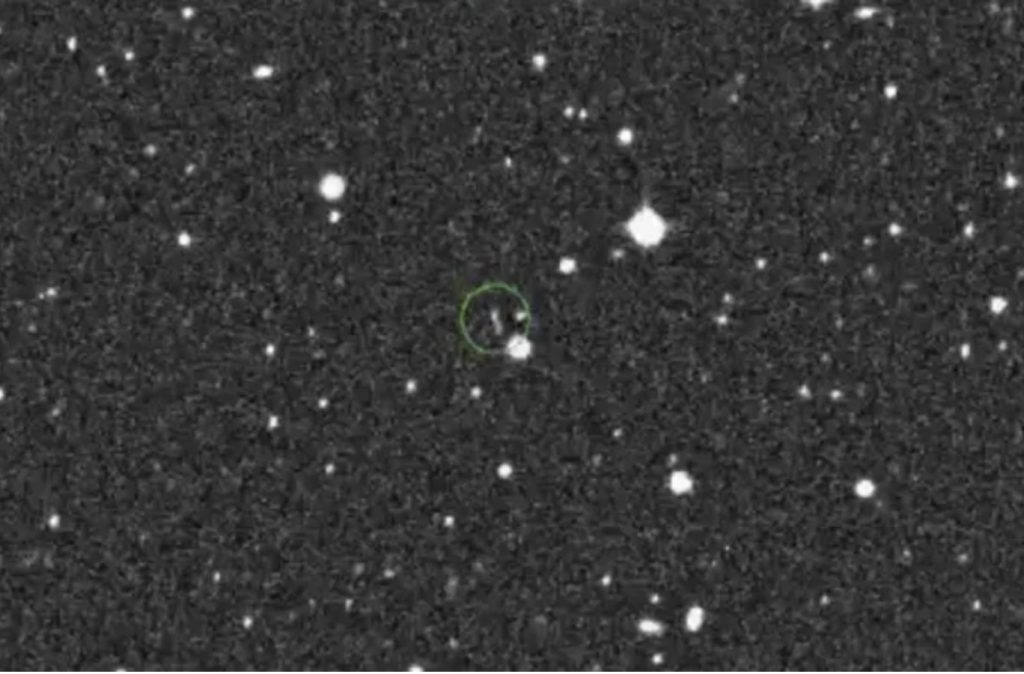 American astronomers have discovered a new rare mini-moon orbiting the earth. Our new asteroid satellite will stay here only a few months. The mini moon was named 2020 CD3, but also known as C26FED2. It was discovered by astronomers from Catalina at the University of Arizona on February 15, 2020.

The near-Earth asteroid 2020 CD3 was discovered on the night of February 15-16, 2020 by astronomers Theodore Pruyne and Kacper Wierzchos as part of the Mount Lemmon sky survey. At the time of discovery, the object was of the 20th magnitude.

The Minor Planet Center of the International Astronomical Union (MPC) added a mini-moon on February 25, 2020.

Other observatories have confirmed the finding, indicating “that this object is temporarily attached to the Earth and no connection with a known artificial object was found.”

Mini-moons are small asteroids that loop around the Earth for some time before it breaks loose and flies back into deep space.

The object has a diameter of 1.9 to 3.5 meters, assuming an albedo like that of a C-type asteroid, and can belong to the group of Cupids or Apollo.

(2/3) The object has just been announced by the MPC and its orbit shows that it entered Earth’s orbit some three years ago. Here is a diagram of the orbit created with the orbit simulator written by Tony Dunn: pic.twitter.com/2wsJGtexiO

The main distinguishing feature of the 2020 CD3 was that it can be considered the second known temporary Earth satellite, which entered the geocentric orbit about three years ago.

(3/3) The object has a diameter between 1.9 – 3.5 m assuming a C-type asteroid albedo. But it’s a big deal as out of ~ 1 million known asteroids, this is just the second asteroid known to orbit Earth (after 2006 RH120, which was also discovered by the Catalina Sky Survey).

In this article:asteroid satellite, mini moon

A mysterious object is approaching the Earth from space, which astronomers consider a “rocket”

Astronomers are bewildered by the object, due to enter Earth’s orbit in November, and it doesn’t look like an asteroid. Astronomers attributed the object...