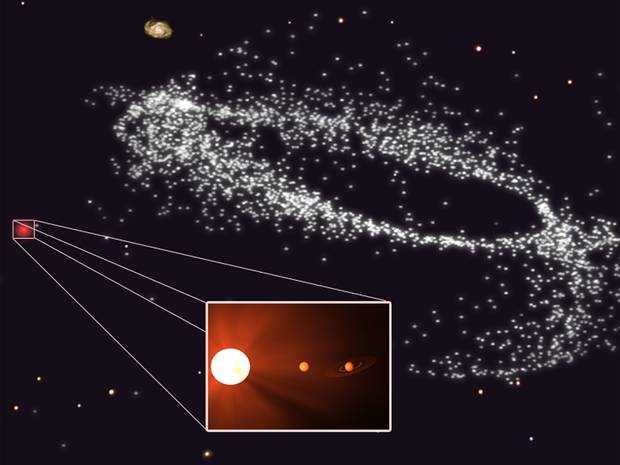 Scientists have found a potentially habitable planet in our galactic back yard. It orbits a star that can be seen with an amateur telescope and its surface may be warm enough for water to exist in liquid form.

The planet is one of two orbiting Kapteyn’s star, which can be seen in the southern constellation of Pictor, and astronomers believe it could be more than twice the age of Earth, making it one of the oldest known habitable planets.

Astronomers made the discovery by measuring the changes in the wavelengths of the light coming from the star as it “wobbled” back and forth under the influence of the gravitational attraction of its two satellites.

An analysis of the data showed that the second planet, called Kapteyn b, is at least five times as massive as the Earth and that it orbits the star every 48 days – a relatively fast “periodicity” compared to the Earth’s orbital period around the Sun of 365 days.

“We were surprised to find planets orbiting Kapteyn’s star. Previous data showed some moderate excess of variability, so we were looking for very short-period planets when the new signals showed up loud and clear,” said Guillem Anglada-Escude of Queen Mary, University of London.

“The planet has the right mass to be a rocky planet and all the other properties are compatible with it having water on its surface.