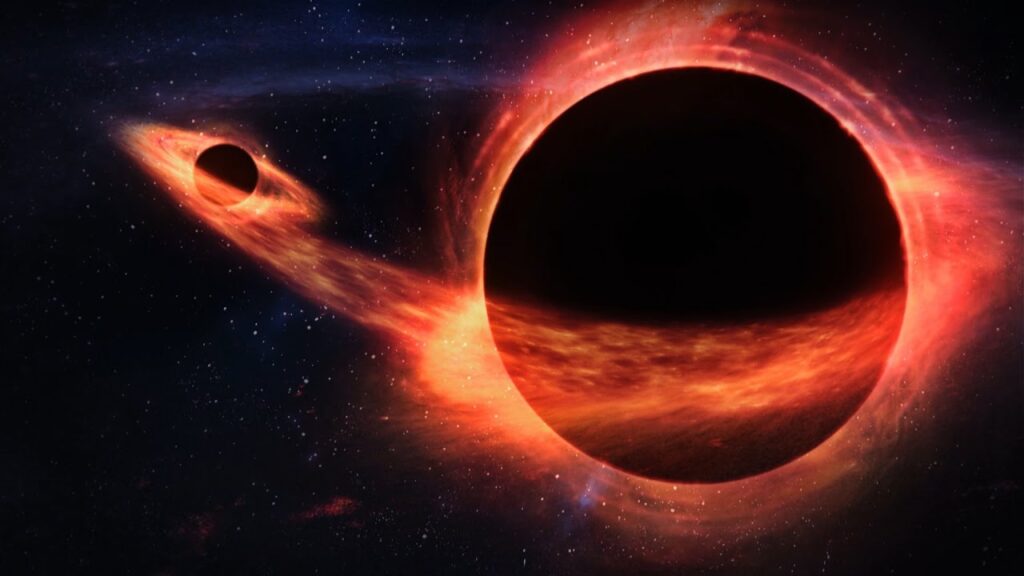 Scientists have discovered one of the smallest black holes on record and the closest to Earth found to date. Researchers dubbed it “Unicorn”, which was partly because it is currently a one-of-a-kind object, and in addition, the object was found in the constellation of the Unicorn. The results of the study and the full report of the discovery will be published today, April 21, in the Monthly Notices of the Royal Astronomical Society, according to phys.org

The unicorn is about three times heavier than our Sun, which means it is completely tiny for a black hole. Very few black holes of this mass have been found in the Universe. This black hole is located 1,500 light-years from Earth, inside the Milky Way galaxy. And while astronomers did not pay attention to it, the object was right in front of their eyes, hiding in plain sight.

This new black hole appears to be a companion to the red giant star, which means they are bound by gravity. Scientists cannot observe a black hole visually because a black hole is a very dark object. However, astronomers have a good view of the black hole’s companion star. This star has been well documented by telescopic systems and has always been widely available, but no one has yet analyzed the data in this way.

However, when astronomers picked up all this archival data, they noticed that something that they could not see revolves around the red giant, as a result of which the light from this star changes its intensity and upon closer examination it even turned out that the star periodically changes shape. This is an effect known to astronomers, called tidal distortion, and occurs similar to the ebb and flow caused by lunar gravity on Earth:

This tidal disruption is caused by the tidal force of the red giant’s invisible companion, most likely a black hole. The speed of the red giant, the period of its orbit and how its tidal fold distorts it allowed to calculate the mass of the black hole, which again puzzled astronomers – there are no such light black holes, its mass should be at least ten solar.

All these remarkable findings are more than controversial. In the same way, a neutron star can deform a companion star, which has a diameter of about 20 kilometers, which is difficult to see for 1500 light years.

The confidence of the scientists about the mass of the invisible star of the companion is also not very clear. So, the same deformation of the red giant could be caused either by a small black hole rotating at a distance of Mercury or less, or a giant-scale black hole rotating at a much greater distance. But when the companion stars move in the so-called close binary systems, the orbital period of the satellite can be 5 or, possibly, less than minutes.

In other words, one star winds around another like an electron and some laws of mechanics no longer work there, it is impossible to calculate anything.

However, all this is on the very details and this is not the first news and not the last – the media about black holes somehow became frequent. It seems that all astronomers were thrown to explore black holes as a norm.

Well, another part is engaged in meteorites falling to the Earth. Therefore, we are most likely at the stage of psychological preparation of the masses for the message that the Sun also has a companion star, that was also in front of everyone’s eyes, but astronomers simply did not know where to look. But you and us know where to look.

Advertisement. Scroll to continue reading.
In this article:black holes, Sun