You can forget about it, carried away by numerous reports of the threatening planet Nibiru. But there is an asteroid Apophis which moves to the Earth and represents a danger with its mass. The asteroid is also known as the doomsday cosmic stone, bearing the name of the Egyptian god of chaos and darkness. 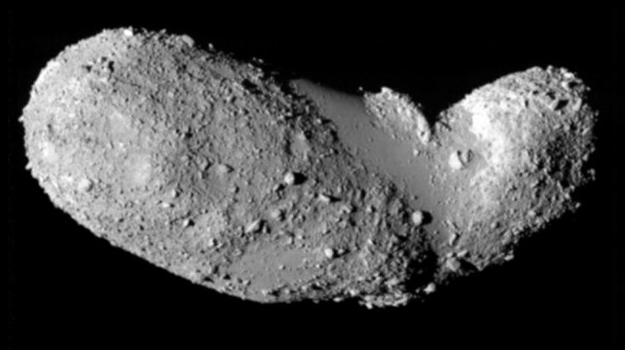 Asteroid Apophis – the name of the space destroyer

In 2013, NASA astrophysicists refuted the possibility of an asteroid colliding with the Earth, and he really passed by. However, in 2029, Apophis will reach a visible magnitude of 3.1 – an asteroid the size of a good stadium will be visible to the naked eye.

In 2004, the international scientific community informed about the discovery of a large celestial body. Astronomers have discovered an asteroid hidden behind the Sun, whose flight path is directed toward the Earth. He was called Apophis 99942 (asteroid 2004 MN4) whose closest approach to our planet will be on April 13, 2029.

After this approach, he will continue to fly, but the orbit of the asteroid will be changed by gravitational attraction. According to professional astronomers, the asteroid Apophis will return in seven years, and despite being close to our planet, he does not threaten a collision.

But according to some forecasts, the asteroid Apophis will hit the Earth on Easter Sunday, April 13, 2036. It will be a 750 megaton impact hit of estimated kinetic energy! An asteroid will kill more than 10 million people in seconds. Without a doubt, this will be a terrible apocalypse on Earth. Moreover, the asteroid has already “tried on” to our planet:

The devastating earthquake and tsunami in the Indian Ocean occurred the day after the asteroid approached in 013. News of the impact of Apophis went unnoticed as the media reported the deadly effects of the tsunami.

At the same time, space agencies reject the dangerous influence of Apophis. Meanwhile, on April 13, 029, at an altitude of about 30,000 km above the Earth’s surface, an asteroid with a diameter of about 325 meters will pass. It will become as bright as the stars of the constellation Ursa Minor.
This will be the defining moment when the asteroid touches the Earth. According to Russian scientists, an object can pass through a gravitational castle, which will change its trajectory so as to cause a collision in a future passage in 2036.

What happens if the asteroid Apophis falls to Earth?

Asteroid Apophis will enter our atmosphere with a capacity of 750 megatons of kinetic energy. For example, the Tunguska event in 1908 ranged from 3 to 10 megatons, and the largest ever exploded hydrogen bomb – only 57 megatons.

If the asteroid Apophis falls to Earth, the result will be real apocalypse on earth. An object about 400 meters long will cause more than significant damage. Simulations carried out to date suggest that more than 10 million people will die as a result of the impact.

If this happened on land, an asteroid impact would destroy an area of ​​about 80 kilometers and leave a crater about 5 kilometers wide and another 5 kilometers deep.
If the fall occurs in the ocean, it will cause a huge tsunami, which will rush tens of hundreds of kilometers into the coastal territories.

Today, even options are mentioned for the “withdrawal” of a large asteroid from its trajectory. For example, launching rockets with explosives in order to gently push away the cosmic rock, and thus change the trajectory of the asteroid.

Although since astrophoid Apophis was discovered in 2004, experts predicted the probability of impact on the Earth in 2029 at 2.7%. Subsequent changes in the calculations excluded this probability, though a gravity lock can change its trajectory.