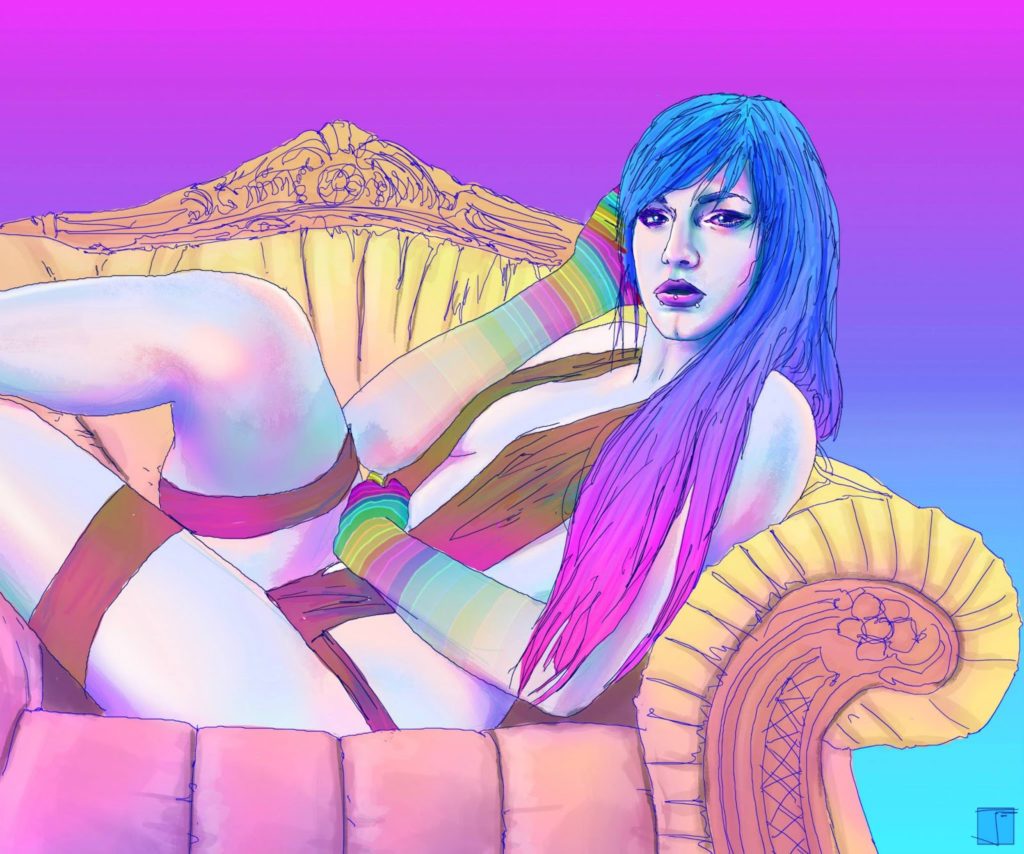 I am, you are, we are, one. That is a truth of the universe, and it becomes quite clear as one experiments with psychedelics — or, spends long amounts of time in silent meditation. Everything from LSD to peyote to marijuana to Ayahuasca can be considered a psychedelic. As the Drug Policy Alliance explains, these substances have been used for thousands of years. Most often, they play a role in religious and therapeutic purposes.

The idea that certain plants and fungi can contribute to cohesion within the mind, body, and spirit and, as a result, produce healing effects is an unpopular one. This is because, the modern world takes a rigid stance against freedom of thought and, consequently, the use of mind-altering substances.

To be clear, there are risks to consuming psychedelic drugs. However, most are minute, which is why in recent years, scientists (specifically, with John Hopkins University) have begun to study the illegal substances. What they’ve found is phenomenal — and their research has just started.

In one study, the researchers concluded that a hallucinogenic drug found in “magic mushrooms” eases depression and anxiety in people with life-threatening cancer. Another study suggests the fungi could be a “promising” treatment for people with PTSD and anxiety. And, earlier this year, a study was published concluding that psilocybin is the safest psychedelic to experiment with recreationally.

Essentially, what we are learning  is that psychedelic substances are not as bad the mainstream media and federal government have made them out to be. While more research needs to be conducted on the safest ways to consume and use them, it seems clear the taboo that surrounds the use of mind-altering substances needs to lessen.

On that topic, an artist who hid his true identity for years, simply because the world wasn’t ready for his imaginative mind, recently went “viral.” It all started when Facebook banned the artist’s work which he had been uploading to social media networks under the alias Phazed. That artist, who has now revealed his identity, is Jean Francois Painchaud.

Up until a couple of weeks ago, Painchaud was working on the PBS kids show Wild Kratts during the day. In the evenings, he would create GIFS which explore the unification which occurs during conscious sex. He was having trouble sharing his artwork, however, because the topic of sex — and images of the naked human body — are censored.

Painchaud disclosed during an interview: “Soon after I started posting my art online, I found out that there are people out there who are very sensitive when it comes to the female body. No matter how much I censor my work, I still get reported. It’s ridiculous. So, whenever they take down my art or censor me, I make a big deal out of it, hoping that we might be able to change this culture of incessant censoring over time.”

Fortunately, being banned turned out to be one of the best things that could have happened for his career. In just a few weeks, the artist has welcomed more than 45,000 new followers to his Tumblr, Instagram and Facebook accounts.

When asked how “magic mushrooms” affect his work, Painchaud responded: “Mushrooms didn’t only help my art develop; they changed my entire life. Using mushrooms helped me overcome my depression, my insecurities and my anxiety. Most of that anxiety came from negative experiences with my father and being bullied at school.”

The artist added: “Before I found shrooms, I was making art to improve my skills. It was as if I was trying to impress myself or show off. But what’s the point of sharpening your tools, if you’re never going to build something of your own?”

The exploration of sex — especially through art — might make some people uncomfortable, but Painchaud finds the combination of sex and psychedelics to be “very beautiful and inspiring.” He said, “I feel that both psychedelics and sex can help you transcend your ego and tap into a purer state of being – of living in the moment.”

Painchaud’s artwork, on the other hand, has a central theme: connection. The “energy” which is conveyed through color flows through nearly every scene and connects those who have agreed to share their bodies and hearts. The unions which are portrayed are holy in their own, unique way, and the color, shapes, and vibrancy confirm this. Support the artist on Patreaon