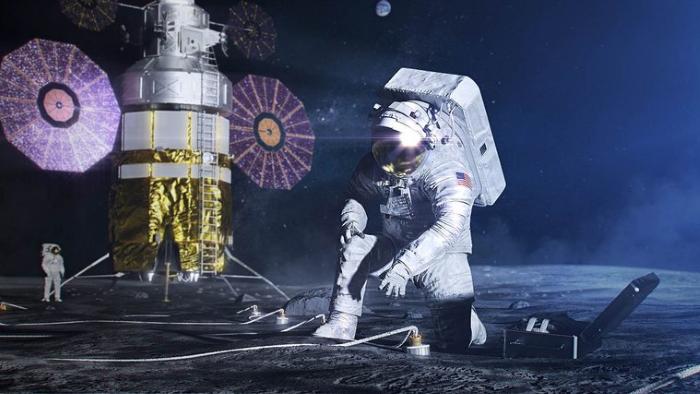 NASA presented to the public its plans to create the world’s first lunar station.

On a new report, NASA engineers talked about their plans to deploy the Artemis Base Camp complex on the moon.

“After 20 years of continuous life in low Earth orbit, astronauts have proven that we are ready for the next major task in space exploration – the development of sustainable infrastructure on the moon and around it,” said NASA Director Jim Breedenstein.

The camp will be equipped with a lunar rover that can scan the area for water sources, a suitable mobile platform for a 45-day expedition, as well as a “living environment” in the form of a stationary building that can accommodate up to 4 people at a time.

According to the report, the construction of the base is planned near the South Pole of the Moon. Over time, its infrastructure will expand: there will be communications, electricity generators, protection against cosmic radiation, a landing site, a waste storage and a warehouse.

To build a camp, NASA will first have to build the “Gateway” – a miniature space station that will orbit the moon and place astronauts as they move to the surface. “We assume that astronauts will stay at the Gates and live there for several months, simulating the conditions of a long-distance flight – for example, to Mars. After that, two crew members will descend to the surface of the moon and explore it with the support of a mobile platform, while the other two astronauts will remain on the station’s bot, ”the report says.

Bridenstein emphasized that the Artemis base will serve as a kind of a polar star for all future missions, and the satellite colonization program itself is just a rehearsal for future flights with the goal of exploring Mars.

Advertisement. Scroll to continue reading.
In this article:artemis moon base, Nasa