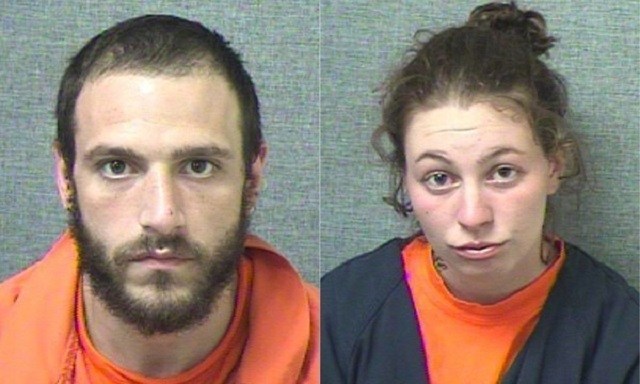 After freaking out at what they had seen, one Pennsylvania man along with his girlfriend had one unforgettable evening. Inevitably, Jesse Shields along with his girlfriend Katherine McCloskey, experienced something at night, that made them question what was happening around them. Fearing for their lives, they became scared. All around them, were green lights everywhere at Mill Hall.

Both Katherine and Jesse even began to hear voices around them. Their truck rocked back and forth, as they glanced out at the nighttime sky. They believed that they were about to be abducted by some kind of aliens. The couple were mesmerized by what was happening all around them.

Fed up with what was happening, Jesse pulled out his gun and began firing off a number of warning shots into the air. Unbeknownst to him, he was being intimidated by small fireflies. The lights seemed to stay positioned in the night sky. After this, Jesse fled from the scene while his girlfriend remained behind cowered down behind his truck.

Jesse eventually made his way to an unlocked home, where he found himself confronted by a frightened and confused homeowner. Eventually, they convinced Jesse to put down his gun. Jesse behaved rather unusually and wanted to use the homeowners shower, fearing that the aliens did something to his skin.

In Jesse’s mind, he thought his skin was going to burn off. The homeowner had nothing to do with him and quickly phoned the police. When they arrived at the scene, they took Jesse into custody. The police backtracked and found Jesse’s girlfriend Katherine. She also was brought in for questioning and booked.

After this bizarre incident, Jesse was sentenced to prison after firing his gun at these alien lights, which he believed to be lasers. It looks like nature changed his life for the worse unfortunately. Both of them were victims of their own misadventures. Police stated that the couple were under the influence of some kind of narcotics (during their extra-terrestrial escapade) with bath salts being the most likely culprit.

Back during November of last year, Jesse plead guilty to a DUI, after operating a vehicle while under the influence of a controlled substance and disorderly conduct.

Jesse will now face between three to six years in prison, after having plead guilty to criminal trespassing and firearm possession without a license.

Advertisement. Scroll to continue reading.
In this article:Alien Invaders, Fireflies