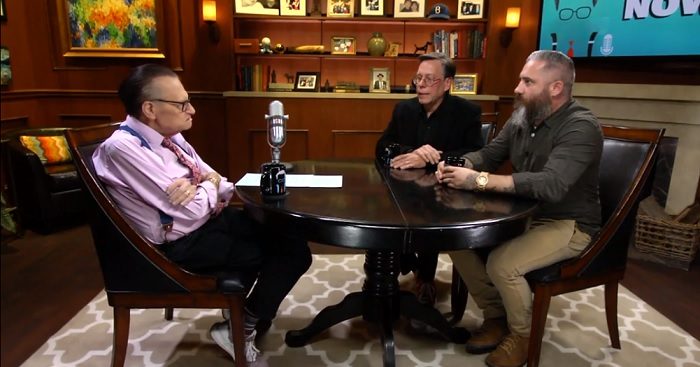 Lazar told King that his life went downhill once he and several friends were caught filming a UFO test flight from a vantage point near the secret Area 51 military base located in Groom Lake, Nevada.

However, Lazar said although he was raided by the FBI some time ago and ridiculed by the corporate media for decades his business hasn’t suffered much but he still is “bracing for some fallout.”

Lazar owns United Nuclear which is a scientific equipment and supply company based out of Nevada.

“We do some prototyping work and sell all different varieties of scientific equipment,” he explained.

Lazar said that he thinks aliens may be observing us from time to time.

Lazar said that he reversengineered a 53 foot diameter alien spacecraft at the secret S4 facility.