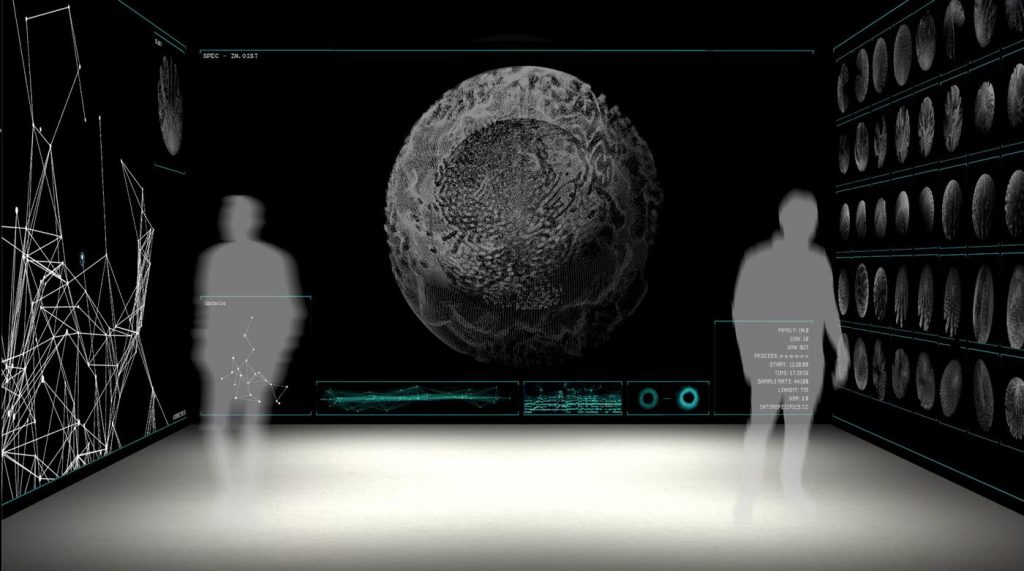 The Loch Ness Monster, the Bermuda Triangle and the Philadelphia Experiment. When metaphysics is confused with reality, a legend is born.

The list of unexplained mysteries that have intrigued the world for decades is long. Among them is one that is a category in itself: the infamous Area 51 is not suggested as a “potential figment of the imagination”. This is something completely tangible. It exists and everyone knows it. The question is why it exists. And it is what will continue to spark the imagination and curiosity of millions of people around the world.

“I would like to study the archives and publish as much information as possible. “If there is something there that does not threaten national security, I must share it with the people,” Hillary Clinton said in one of her campaign interviews, pledging to open the “Area 51” dossier.

Would the US intelligence and military leadership leave her? Nobody knows. However, it was another good reason for the Republican candidate to get black on November 8th!

Area 51 is a major military airport in southern Nevada, in the western United States, 133 km northwest of Las Vegas. Officially the primary purpose of the base is undefined. Based on historical data, however, it supports the development and testing of experimental aircraft and weapons systems.

Is this the area where the US hid the wreckage of a UFO? Was it, after all, the core of US technological experiments? What is certain is that it is an area that for many years the governments of the country pretended to be unaware of its existence. An area that product of time has given rise to many questions and generously fed the lovers of conspiracy theories.

The story begins in the middle of the last century. On July 8, 1947, a press release signed by General William Blansard is enough to put the word “flying saucer” in American vocabulary. Wreckage from a UFO is found at the Roswell military airport, according to the announcement.

At the time, almost everyone believed that US authorities and services had hidden the wreckage in one area, with the aim of not leaking any information that would confirm General Blanchard. They claimed that the government wanted to build the largest technological facilities in a secluded and hidden place. The point where it would be the core of the most important technological experiments and secrets on the planet.

The real reasons that led to the creation of Area 51 are lost in the depths of the drawers of the US Secret Service. The most obvious explanation had to do with the operation of this space as a basis for the development and testing of the most experimental and bizarre designs of the American Air Force.

Towards the end of World War II, the CIA decided to work with Lockheed to prepare for the next day, with the conditions of intense enmity with the USSR. The goal is to build new, high-tech aircraft that would be able to fly at very high altitudes for use in espionage missions.

CIA documents declassified in 2013 stated that the U-2 spy plane was perfected in this area, according to a CNN report. Based on these documents, Area 51 operated mainly during the Cold War and developed espionage and surveillance programs.

Area 51 was built in 1947 and is said to have cost astronomically $ 1 billion at the time. In 1985, new facilities are built that increase the total cost to $ 4 billion. For many years cartographers have not included facilities on any map.

For decades no one knew or talked about it officially. Everything around her was covered with the highest privacy rating in all of the US.

It is strictly forbidden to fly in the airspace over the area for all commercial or military aircraft, except those belonging to the base itself. An area – “ghost”, well hidden, which precisely because of the secrecy that surrounds it, was accompanied by all kinds of paraphilology.

And what is not connected with it, from aliens and spies, to fantastic weapons systems and covert nuclear tests. Of course, alien storytellers have no doubt: for them the alien body, but also the wreckage of the UFO that crashed in Roswell, is certain to have been taken to Area 51 for examination and study.

The spread of American contacts with aliens and cooperation with them for the development of new weapons systems was the next level. Proponents of her case have been working to make the actual transcript of this statement available online. Even today, there is talk of underground level installations and tunnels, which connect various secret locations and contain warehouses full of extraterrestrial technology. Which, of course, the Americans intend to use to their advantage.

The base occupies a small part of a huge desert area of ​​365 square kilometers and consists of a shed, an outpost, some satellite dishes, some dormitories, a small room, offices, streets and shelters. The fact that the buildings do not have windows so that none of the employees can see and know anything beyond their duties within the base, contributes to the cultivation of the myth of Area 51.

As well as that everyone who works there, whether military or civilian, is required to sign an oath, pledging that they will never reveal anything.

In 1989, Bob Lazarus revealed that he had been recruited as a U.S. government scientist and was involved in one of its most secretive projects, the “Galileo Project,” which was conducted at the Area 51 test facility. with reverse engineering, which were in the possession of the state.

Shortly afterwards, cases of lawsuits filed by former Area51 employees came to light, alleging injuries and even deaths caused by illegal waste dumping practices. Some spoke of a highly carcinogenic area, which due to these complaints was considered responsible for the cancer death of many residents of the surrounding areas.

For all these 70 years, the U.S. government has sought to keep Area 51 a top secret. In September 1995, President Bill Clinton signed an Executive Decree exempting the area from environmental regulations in place throughout the country.

It was the first official admission of its existence and essentially confirms the claims of many about nuclear tests in the wider area and the great contamination of the area by the dumping of nuclear waste and toxic substances.

The decree refers to the area as “an Air Force base near Lake Grum, Nevada.”

In July 2013, the CIA was forced to accept the existence of a base, which until 1988 no one knew where it was! When a Soviet satellite completed its photographic mission. The photos were republished in US newspapers and magazines, reflecting the rise of conspiracy theories.

In 1996, the US Army was to provide costumes, personnel and equipment for the film “Independence Day”. But something went wrong.

“They set us as a condition to remove the references to Area 51. from the script, but we did not want to do such a thing and in the end the agreement was canceled,” the screenwriter and one of the film’s producers, Dean Devlin said!

Advanced technology air base or global extraterrestrial study center? We will probably never know what truths and how many myths the most mysterious human creation on the planet hides. A necessary condition, of course, in order to perpetuate the attraction and charm it exerts on world public opinion. We assume that if one day the US decides to reveal (any) secret, the most unfortunate will be those who are furiously looking for the end of the thread.