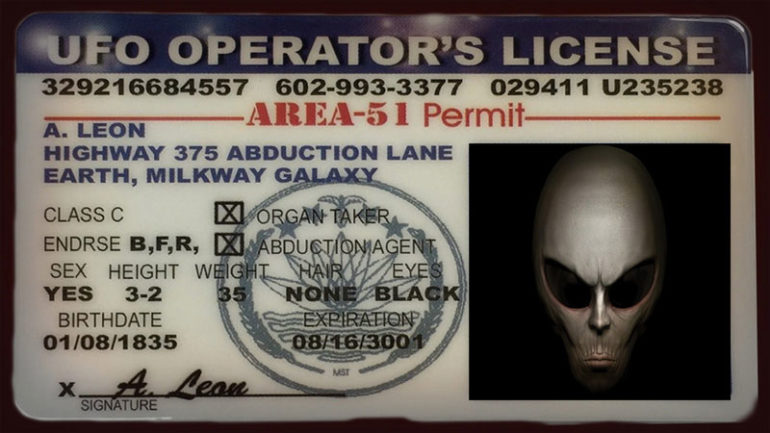 Secrets | For years, the Pentagon has denied it, even when it became publicly known that the infamous 120-kilometer dessert piece of Las Vegas, called Area 51, was a base of the US Armed Forces for some, super secrets and experiments.

According to legends, in that dessert place well guarded by soldiers, secrets UFO experiments were taking place: aliens were studying in an atmosphere of X-Files.

In fact, what is known with certainty is that there were SF weapons, produced with land-based technologies, from the U2 spy plane, the Stealth F-117A to the invisible B2 bomber.

The legend dates from the 1940s when Roswell was spotted with something that looked like a flying saucer. According to the documents, never confirmed by the US government, the bodies of two aliens would have been found in the shell of the aircraft, which would have been transferred and preserved in secret laboratories located within the secret military base.

In 2001, the book called Dreamland appeared in the United States. The author, journalist Phil Patton, promised to provide readers with a detailed report on an American mystery that seemed destined to find no rational explanation.

The title of the book was used by one of the many names used by the US government to define that area located in the western United States in the Nevada desert, covered by an absolute mystery: Dreamland, Area 51, Nevada desert, or more innocent, private troops, “where one of the most sophisticated military bases in the world would be, and where the most advanced technological experiments of the United States would be held to maintain its military supremacy over the rest of the planet.

Highway 375 crosses the state of Nevada, walking along a town called Rachel. It is not far from any place of tourist relevance: dominates the typical silence of the desert, interrupted only by the noise caused by the engine of an airplane or the somewhat sinister presence of an eagle. 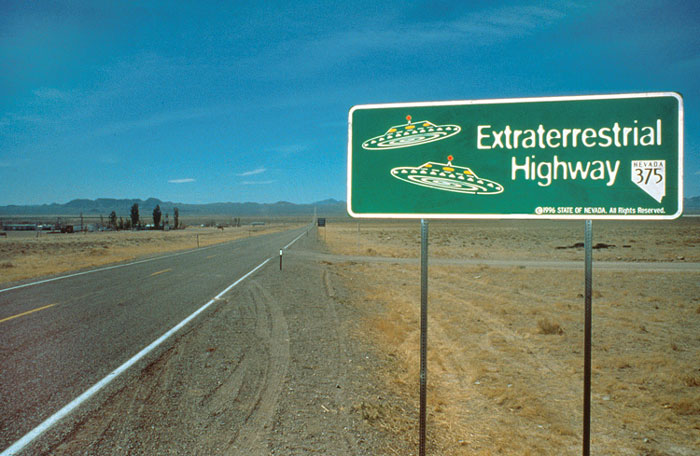 And yet, every day, hundreds of tourists come here to see the famous post box on a highway and drink something at Little A’Le ‘Inn: the alien bar.

The governor of the state of Nevada even baptized the Rachel “Extraterrestrial Highway” route following the numerous “appearances” of alleged “space shuttles” that occurred in the 1990s near the post box used by Klass- tv as the “nada” for the UFO.

In 2009, the area of 20,000 sq. Km was inaccessible, where ufological mythology concealed the evidence of the existence of aliens and their secrets, was photographed by a Russian satellite and the images were sold online (www.terraserver.com) on a site created by Aerial Images, a company that includes Microsoft, Kodak, Digital and a Russian agency.

In the photos, there are neither Martians nor flying discs, but for mysterious passionate, there are many things to see: there are hundreds of edifices, residential areas, tennis courts and baseball, an athletics track and a swimming pool, but also some strange craters, caused by not knowing what.

In fact, more than what we see, I think, it is interesting what is not seen: in the whole area, there is no car, no paved street, and no parking; just a bus, catching on the unpaved paths that disappear among the rocks, all with the thought of an underground secret transport network.

“In that area, secrets projects that are important for national security are developing,” was the only information “snapped” by an Air Force spokesman, Goria Cales. This and nothing more.

Area 51 was founded in the early 1950s (so early in the Cold Rabbit) with the approval of President Eisenhower. The US Army had to set up an secret airplane capable of crossing undetected radar controls and reconnaissance on Soviet territory in order to obtain precious information on nuclear weapons and arsenals.

Military Aeronautics benefited from the collaboration of engineer Clarence “Kelly” Johnson, one of the pioneers of US aviation. Johnson has put all his craftsmanship at the disposal of the government and all the resources of his airline company: Lockheed, based in California. 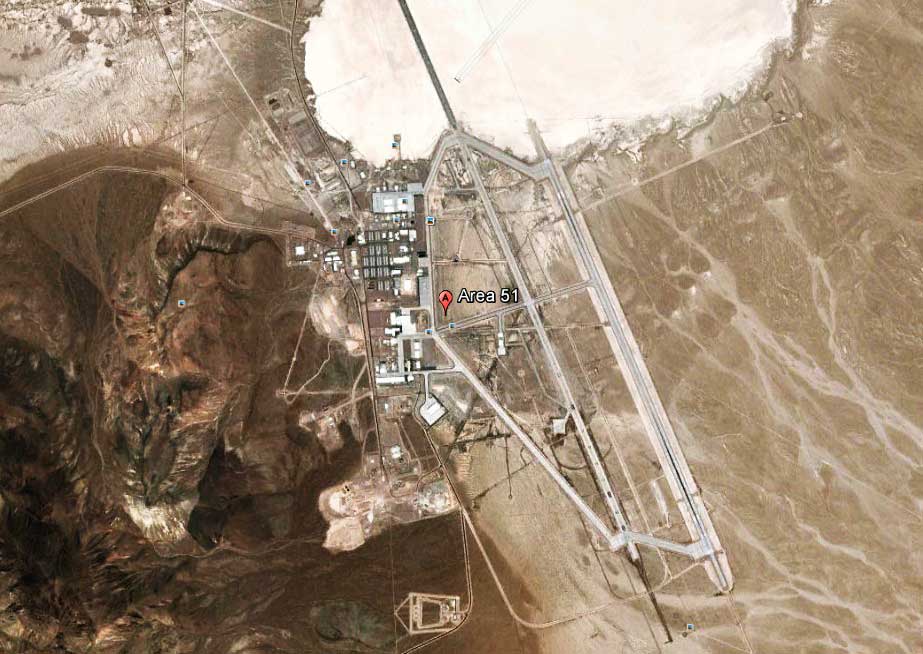 Johnson and Area 51 staff developed, in 1954, the prototype of the spy plane baptized. U2. Meanwhile, in order to maintain secrecy on the activities carried out in the base, President Eisenhower signed a decree-law that in fact made the 100-km area of the desert surrounding Groom Lake inexistent.

Eisenhower also authorized the media, increasingly curious about dessert-based operations, to present U2 to the public as a “meteorological plane”. In the following years, other prototypes of such planes have been developed in Dreamland Labs.

Sophisticated flight systems such as “A12” and “Blackbird SR-71”, which were flying at higher speeds thanks to the use of avant-garde technologies and hi-tech materials.

The interest of the scientific community that gravitates around ufology begins in the late 1980s. In 1989, in particular, the Klass-tv station in Las Vegas broadcasts several interviews of great interest; in one of them, reporter G. Knapp asks live Bob Lazar, a former Area 51 technician, to reveal the contents of certain documents he examined within the military base.

Lazar says it’s about aliens, secrets and allegoric photographs and says he can accurately determine the place and time when alien spaceships will return to Area 51. The “appearances” are filmed as expected and expected by the Klass- tv, and in this way, in just a few days, the public interest in the military base of the desert.

Area 51 is thus, for many years, the preferred objective of ufologists around the world, until 1996, when a study led by the Federations of American Scientists seems to finally unravel the mystery.

The initiative, called “Public Eye”, provides for the rental of a private satellite for capturing images of the secret area, and the conclusion provided by the scientists is clear: the base serves exclusively for the development of technologically advanced aircraft. Journalists dealing with the “Area 51 case” say the same.

One of them, Bill Sweetman, comments in particular: “The inside of the base is working on the invisibility of the radar. The strength point seems to be the secret space plane, a plane that takes off its own energy and can reach any part of the world in less than half an hour. ” 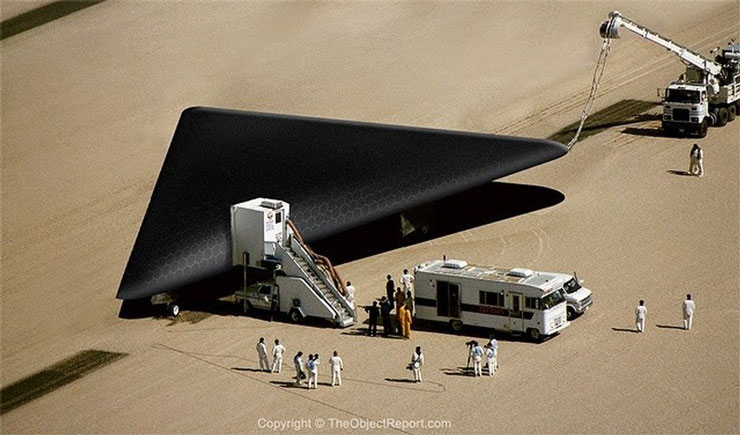 Dreamland will be in the spotlight, tragically, in the late 1990s, following the death of two former employees of the secret base of the desert.

Attorney J. Turley will be able to reveal at the end of a lengthy lawsuit filed against the US government a disconcerting truth: the investigation, which was fervently desired by former employees in Area 51 and by the mysteriously deceased workers, certifies that within the military zone they experiments were carried out with toxic substances, whose waste was burned inside the base (employees called the toxic smoke “London

The truth, or at least what is known to date, seems to have described Dreamland as a sort of “radioactive waste dump of America” or headquarters of military technology research, rather than a center dedicated to studying the alleged alien life forms.

Witnesses who, after years and years, have decided (or, more precisely, been left by the CIA) to break the silence in 2009, were not “somehow”

Colonel Hugh Slater, commander of the base in 1960,
Edward Lovick, the expert who tested for 30 years radar on some of the most famous planes in the world, including U-2, A-12 OXCART, and F-117,
Kenneth Collins, CIA experimental pilot, decorated with the Silver Cross,
Thornton Barnes, Special Area Area Engineer within Area 51
Harry Martin, responsible for fueling the experimental base aircraft. “Nobody really knew about our existence.
EVEN OUR WIVES DID NOT KNOW WHERE WE WERE GOING WHEN WE LEFT HOME EARLY IN THE MORNING AND WE WERE ONLY RETURNING FRIDAY NIGHT, “THORNTON BARNES SAID.

Barnes, a specialist in radar technology and Soviet MIG hunters, would have been contacted by the CIA and asked to join a pool of experts selected to work on military projects.

As a NASA electronics engineer, he worked on the first X-15 missile, the Apollo space capsule, and the vehicles used by the first astronauts to land and travel to the Moon; within the secret base, worked on the development of the A-12 OXCART, a super-secret recognition aircraft built by Lockheed Corporation.

A project declassified by the CIA from secrets, over 50 years after its completion.

Advertisement. Scroll to continue reading.
In this article:Area 51