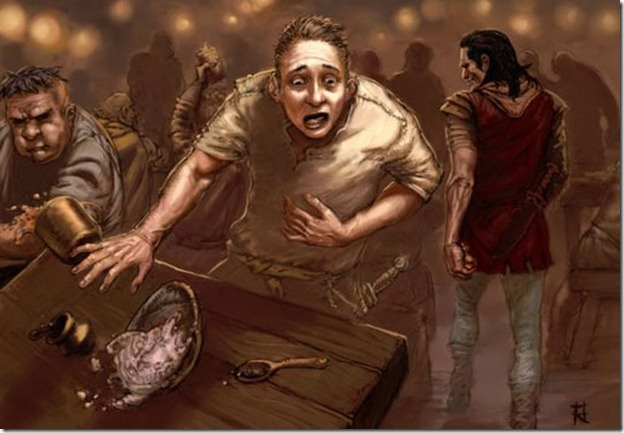 From our perspective we don’t believe this really is a question, what do you think?

Have you ever taken your time to actually read the ingredients in your products… we are not referring to scanning across them, but actually checking every single word in a dictionary or Wikipedia for example? Have you ever gone further and then taken some of these components to see how they are made or even by whom etc…

When we first really realised the severity of this and the mind-blowing and not to say perverse magnitude this is at… We felt like, throwing up, stop eating and drinking all together, giving up and we lost all faith and trust in everything we are to eat, drink or use. Going in a shopping centre suddenly felt like going to choose you coffin and as we are at it… even stand in queue to be executed.

Once you start taking an in depth view of this and what exactly daily usage items like Teflon (PFOA and PTFE), PET (PETE) and Tin cans or common food additives such as aspartame, high-fructose syrup and fluoride, GM foods (GMO) in general or then common products such as air-fresheners, cleaners, disinfectants, insecticides, pesticides, shower gel and beauty products all the way to machines like Microwaves, X-Rays and mobile phones are made of, not to mention their origins stemming from the most anti-survival organisations that exist… It’s shocking! To think how they have developed, produced and commercialised all this right in front of us and it being induced into everyone’s life by simply forgetting the “Oh, by the way…” aspect of it all. We have more detail on some of these within our need to know topics… However, to summarise this, we would actually like to ask you a couple of simple questions instead of making a statement;

Let’s move on… Cyanide, Hemlock, Arsenic, Botulinum… If we were now to tell you that some very small amounts of these have virtually no effect on you and that in trace amounts may actually not harm you… Would you be willing to take any of these, in such a minuscule trace amount on a daily bases voluntarily? For us, as also mentioned on some of the other need to know topics, there is no half’s or in-between’s in regards to poisons and toxins, either something IS or is NOT toxic or poisonous. We would say it’s more than just ignorance to say; “yeah, but in small amounts it’s harmless…”Think about the long term accumulation and repetitive exposure for a minute.

Randall Fitzgerald, the author of “The Hundred-Year Lie: How Food and Medicine are Destroying Your Health”, actually stated this beautifully in an interview with Natural News (Link to original interview, click here) and much more of course! I strongly suggest reading his book! It may shock you… But it’s better to know this than staying in the dark about it! Here is an extract from the interview:

That is the problem of synergies; the synergistic reactions of two or more chemicals in the body. When they interact, it is much more powerful than any one individual chemical can do on its own. It may be true — manufacturers and regulatory agencies insist that it is true — that these chemicals, in trace amounts on their own, may be harmless to human health. I have a question about that, but I don’t really deal with that in-depth in the book. Instead I look at what happens when all of these chemicals accumulate in the human body and they interact with each other to create toxic synergies. This, I believe, is the key to the explosion in human illness and disease levels that we have seen since World War II.

Just to top this all of, how do you feel if we were now to tell you that as per the current ingredient guidelines there is still no requirement for companies to list various chemical contaminants, pesticides, heavy metals and other substances that have a direct impact on your health. Also, foods containing 0.5 grams or less of trans fatty acids per “serving” is allowed to claim it as ZERO. This would really be fine, if it wasn’t for the rule that the companies are allowed to define the serving size… So it doesn’t take a maths genius to turn 5 grams in total, divide it by 10 servings, leaving 0.5 grams per serving and the product now magically has ZERO trans fats on the label… This doesn’t just apply to trans fats, there is a whole list of things that can be set to ZERO, you just need to go and look at the official FDA site (click here).

Not enough? Did you know that there is a difference between “100% Organic” and “Organic”. The difference is that you are allowed to call something “Organic” if it contains less than 5% non-organic ingredients. There are many, many more tricks and methods to get around ingredients or simple ways on how to fool even the well-educated on this subject… You can learn about this all very fast, just search the Internet if you’re hungry

What to do with all this horror?! If you now feel de-motivated or overwhelmed… DON’T!!! It’s not all that bad! And there is plenty of good and honest companies out there that are producing SUPER food, as we now call them! There is always the organic route (which we take, wherever and whenever we can), 95% is still a lot better than nothing and the likelihood of less contaminant is very high. Also, this doesn’t really mean you can never have one of them lovely gummy bears again, just less… a lot less and try the organic ones at least

Work to do the best wherever you can and use / support the least amount of non-organics! Support your body with good water (distilled water) and NATURAL vitamins! It’s NOT all bad, there are many people like us and yourself out there that still care, create and produce GOOD products, machines and SUPER foods!

Also, always remember that the “Evil Elites”, so to say, that are doing this ONLY represent about 2% of us all… so, if 98% say “STOP” or just STOP CONSUMING, they would have no choice! Don’t give them a choice!

About “Wake Up! Message”

In our opinion it is really time to wake up… You are not helpless, outnumbered or exposed… you never have been! All actions are sparked by a simple “thought” and are enacted with a “decision”. Just by informing yourself and sharing you are no longer helpless and have already initiated an action to effect a change. You simply cannot be “outnumbered” as you are NOT a “number” and you can only be “exposed” if you are hiding or ignoring to start with… FIND YOUR OWN TRUTH! Wake Up! Message, is from you and for you and all those around you. Because it’s time to wake up!