According to CNN, two Indian schoolgirls discovered an asteroid that is slowly orbiting and moving towards Earth.

The girls from the city of Surat in the western Indian state of Gujarat participated in the Space India / NASA project, which allows students to analyze images taken with a telescope located at the University of Hawaii.

Akash Dwivedi, a senior lecturer and astronomer at Space India, told CNN that students across India were taught how to track celestial bodies using software that analyzes images collected with NASA’s PAN Star telescope. The students then looked for moving objects in the photographs.

The project, Dvivedi explained, was designed to educate students in science and draw their attention to astronomy.

“We started the project in June and then sent the results of our research to NASA. And so, on July 23, they sent us an email confirming that we had found an object close to Earth,” 15-year-old Vaidehi Vekaria said in an interview with CNN. 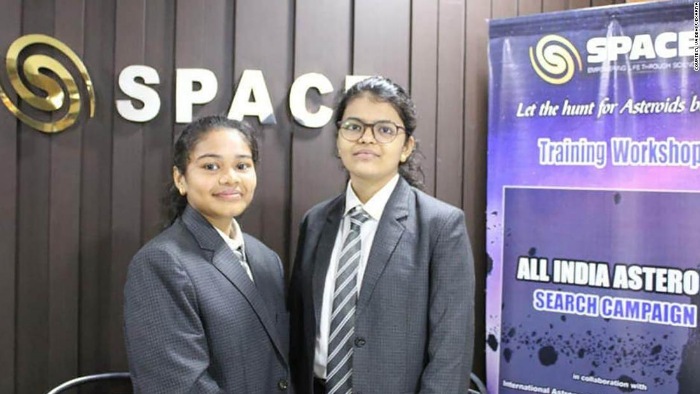 Akash Dvivedi, Senior Lecturer and Astronomer at Space India, further clarified that currently asteroid HLV2514 is in the orbit of Mars, but after 1 million years it will change its orbit and approach the Earth, although it will still be more than 10 times the distance that exists between the Earth and the Moon.

“NASA takes asteroids very seriously. Because this asteroid, which is changing its orbit, has become big news for them,” Dvivedi said.

NASA’s calculation of the orbit of this celestial body is very interesting. To calculate the orbit, at least two stone positions are needed, spaced by a decent period of time, but even in this case, the calculation will be very approximate. Even the orbits of comets, which astronomers have been tracking for 300 years, are calculated plus / minus, and for new asteroids discovered a couple of years ago, these plus / minus in calculations for the next year are hundreds of thousands of kilometers. At the same time, if we consider further, then every year the error increases several times and the calculation for a million years in advance will give plus / minus the size of the solar system. 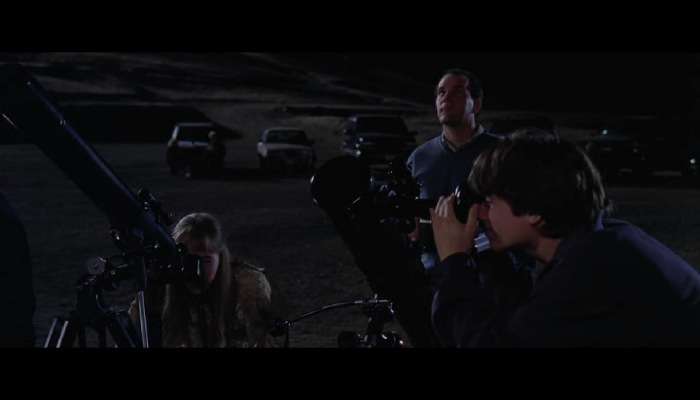 In July 28, 2020 Steve Banon, released the FOURTH video on the impending planetary catastrophe. Steve – a classic journalist, concentrates more on events in the Middle East. And now he has broken loose and gives out videos with news on asteroids, one after another one:

The video is almost an hour long, so we briefly outline its synopsis. The main speaker is John Moore, a former United States intelligence officer who has served three wars in various positions. Steve’s wife is interviewing him.

John has been working on the topic of Nibiru for 20 years, the first of which he considered Nibiru only as a hypothetical possibility, and only in 2006 it suddenly dawned on him.

John first heard the word “Planet X” in the late 1990s. He no longer worked in intelligence, but connections remained, so he turned to his colleagues.

As it turned out, the government has been dealing with this topic since 1979, at least when they discovered some very massive thing in the Oort cloud, which strongly deflected the planets. What deflected was not visible, so NASA began to shoot satellites with infrared telescopes into orbit, and the director of the US Naval Observatory (the chief astronomer of the Pentagon) called for consultations to analyze the photos, including writer Sahari Sitchin, who at that time riveted bestsellers about the Anunnaki and Nibiru.

John was not given more information, so he began to dig further and balance the buildup. For example, 40 years ago, all the main offices of all services, from the CIA to FEMA, were on the coast, since America was growing from the coast. But, under one or another plausible pretext, all these offices were moved to the center of the continent. What for?

Further, having started service during the Vietnam War, John saw that all the logistics of the Pentagon were centralized without any “military districts”. But, since the end of the last century, quietly and gradually, the Pentagon seemed to be divided into two halves: to the left of the Mississippi and to the right of the Mississippi. As a result, it turned out that if one half of America was covered with a super-powerful thermonuclear bomb, the supply / control chains at the Pentagon would not be affected in any way. It was not clear only why the Mississippi was chosen as the watershed line? Can’t Russian missiles fly over the river? John thought.

And then he somehow came across a map of the hypothetical flooding of the United States due to a shift in continents: 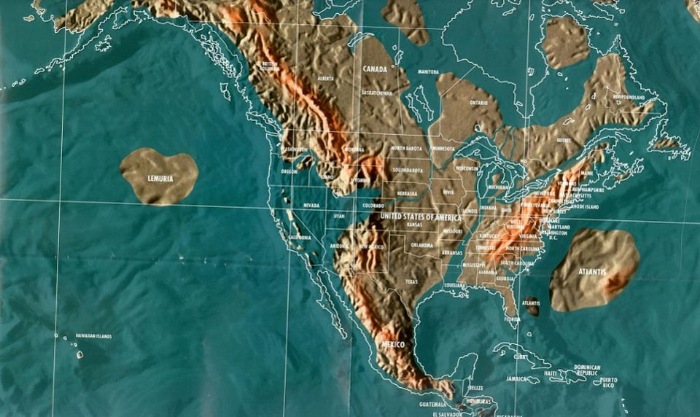 And then everything suddenly fell into place: the Pentagon has been preparing for the flooding of the continents since the beginning of the 1980s, and they know the approximate maps of the future relief.

The third time it dawned on John was when he saw the SARS-CoV “pandemic” (SARS) in 2003. As a military man, having learned about Nibiru, he began to replay in his head the possible actions of his former colleagues in the event of a new star appearing above the horizon. For the people, the roof will first go from the spectacle, and if meteorites and earthquakes are added to this, then the phase shift will be global and massive. So how do you keep five or six billion violent ones under control?

It’s very simple: for this, the military has a standard tactic – to report a particular contamination of the area, so that everyone would sit at home. When you need to lock up locally, the infection is usually chemical: they say that some terrorists have sprayed something somewhere, so stay quiet at home and do not go out into the streets. But if you need to lock people home globally, a pandemic and quarantine are the best options. Therefore, the quarantine will be like a sign of the imminent appearance of Nibiru on the horizon.

In 2006, John wrote an article about all this and began to dig the ground with redoubled zeal – asking everyone he could and collecting information bit by bit. But, as it turned out, even in NASA, no one really knew anything – all the dates they named were a drop in the ocean.

For the first time, Nibiru was expected in 2003, on the occasion of which they began to spin the SARS-CoV pandemic. Then, when Nibiru had already become clearly visible through a telescope in Antarctica, all the world’s great supreme leaders made a pilgrimage there – including the Pope. And when all the bosses were convinced of everything with their own eyes the team about the promotion of the pandemic H1N1 in 2009 was clearly done: every newspaper in every country was howling about the bird flu, and it was not clear only when the quarantine would be turned on.

And now, after the suddenly canceled quarantine in the spring of 2020, all WHO officials are talking about a second wave in the fall, and John’s familiar financial analysts say that all shares need to be urgently sold before the end of September. These egg-headed guys do not know about Nibiru, they also do not care about Covid-19 – they simply track the movement of global capital and sense who shares everything and everywhere someone is draining with terrible force. And we are not talking about some Soros playing on the stock exchanges, but about the underwater movement of capital on a gigantic scale. Therefore, comparing these balances and the bulldup, John thinks that asteroids will begin to fall on their heads in the fall.

In this article:featured, HLV2514, Nibiru