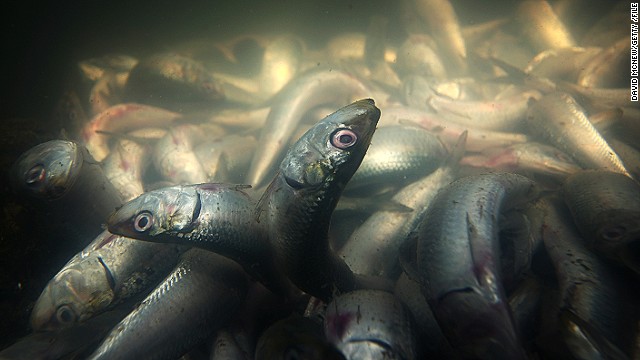 Overfishing and other destructive factors may be pushing the world’s oceans towards disaster.
They make up two thirds of the surface area and 90% of the living volume of the planet, yet despite their size our oceans are at as much risk from environmental changes and destructive human activities as the rest of the world. Pollution and overfishing have meant that most large fish species have disappeared from the oceans and there is no sign that this trend will stop any time soon.
A fishing method known as “bottom-trawling” has also been blamed for much of the unnecessary damage inflicted upon the ocean floor. The technique involves dropping a large weighted net from a boat and dragging it along. “Anywhere you go and try to harvest fish with a trawl you are going to destroy any coral that lives there, and there is example after example of the damage that is done by trawlers,” said marine scientist Ron O’Dor.

As the human footprint has spread, the remaining wildernesses on our planet have retreated. However, dive just a few meters below the ocean surface and you will enter a world where humans very rarely venture.
Full article
In this article:bottom-trawling, earth, ocean floor