It would seem that overnight, society was drawn into the plot of a dystopian sci-fi film. Millions of law-abiding citizens are under glorified house arrest. The tyrannical police brutally attack children and the elderly who just go out into the street. Countless terminally ill people have died alone after being denied a comforting farewell to their loved ones. The authorities are shooting and killing innocent puppies under the pretense of “public safety”. Countless workers have lost their livelihoods due to personal medical decisions. Every week it becomes more and more obvious that this has nothing to do with health. In fact, a carefully planned war against humanity is unfolding before our eyes.

Mainstream scientists have demonized carbon dioxide in the era of climate change. As a proposed solution, terraforming projects are being carried out around the world. Massive CO2-sucking machines are depriving our atmosphere of the necessary gas. At the same time, Bill Gates is trying to block out the sun by launching and detonating a 12-ton chalk bomb. Earth manipulation will create terrible consequences for all life on Earth. When the organic biochemical process is altered, plants cannot survive.

Without vegetation to support us and filter the air, mass extinction will occur. Toxic food and water, fluorine, a harmful by-product of aluminum production, dates back to Nazi Germany. Hitler wanted to pacify the prisoners so that they would be more obedient and less resistant.

Dr. Phyllis Mullenix, a neurotoxicologist, found that the supplement causes cancer, memory problems, and low IQ. Since the introduction of the compound, cancer, autism, and ADHD diagnoses have skyrocketed.

Crops are sprayed with toxic pesticides. Livestock animals are constantly injected with tranquilizers, steroids, antibiotics, arsenic. More recently, the USDA announced its plans to use nanotechnology in food.

Lockdowns proved to be not only ineffective, but downright destructive. Since the beginning of the pandemic, impoverished developing countries have suffered record hunger. An estimated 11 people die of starvation per second.

Quarantines has led to other consequences that are deeply disturbing. Cities have experienced a massive surge in homicides. In the United States, 10 million people have missed important cancer screening appointments or had to cancel preventive surgeries. Suicide attempts increased by 51%, overdose cases increased by 29%.

In 1931, Aldous Huxley wrote the classic novel ‘Brave New World’ . In his book he described the future, in which humans can no longer breed and babies are raised in hatcheries.

Almost a century later, the publication looks quite prophetic. Reproduction specialist Shanna Swan, claims that sperm counts dropped by 59% between 1973 and 2011.

She warns that mathematical predictions predict that by 2045, men will become completely infertile.

Women’s reproduction has also plummeted for decades. Many women who are unable to conceive a child naturally must undergo in vitro fertilization or use a surrogate mother.

Every year, the industry founded by Rockefeller earns billions of dollars. They deliberately distribute dangerous drugs that have cost the lives of thousands of people.

Accutane has caused over 20,000 suicides, Zantac has exposed millions of people to cancer-causing ingredients, and Viox has caused 27,000 heart attacks. Deadly AZT pills are foisted on vulnerable populations. Severe side effects caused by prescription drugs result in almost three million hospital admissions each year. Prescription drugs are now the fourth leading cause of death in America.

In 2011, representatives of the World Health Organization classified radio emission as a dangerous carcinogen. Ten years later, Elon Musk deploys 42,000 Starlink satellites to transmit 5G around the planet. Ultra high frequencies have an extremely damaging effect on our magnetic fields.

Studies show that low-level exposure can cause DNA damage, blood-brain barrier permeability, metabolic changes and the formation of stress proteins. At a frequency of 60 GHz, transmission waves change the porosity of cell membranes. These biological modifications can lead to oxygen starvation and potential brain damage.

According to VAERS, the federally regulated database of adverse reactions, there have been more deaths in 2021 than in the previous thirty years combined. Athletes in optimal physical health fall during matches at an unprecedented rate. Vaccine miscarriages have increased by 550% while heart disease, strokes and blood clots have reached historic levels.

Whistleblowers warn that vaccines contain a synthetic, self-replicating material that permanently alters DNA. Physicians around the world are seriously concerned about the long-term effects of mRNA vaccines. Everything that happens is anti-human in its essence and is a direct attack on the human race.

Perhaps one or two of these examples could be dismissed as incompetence. However, when observing current events, an obvious pattern emerges, which is exposing a methodical and insidious form of genocide.

Whoever or whatever is behind this organized attack clearly despises our species. Stranger still, those responsible are seeking to change the very nature of our planet. It’s time for us to start asking ourselves: why would a group of people change the Earth to better suit their needs?

Given what has happened since 2020, such requests no longer seem to be denied. Instead of fighting among ourselves, we must unite against the true enemy: those behind this agenda. Humanity must wake up before it’s too late.

It can’t be humans

Everything that happens here on Earth cannot be or come from the heads of people. Most likely (speculation) non-humans are behind this whole current show and not only.

So, according to the assumptions of some, a certain subject of a parasitic orientation lives near the Earth, and has gained sufficient strength.

They, using their invisibility to us and knowledge of the laws of the subtle and our worlds, have organized the widest network of their supporters on Earth, many of them do not even know in whose interests they act. Under their influence, almost all ideologies and ideological attitudes of our civilization were formed.

These parasites feed on the energy of people, or rather, their unused potential for realization, which is released when a person dies prematurely. Hence the constant organization of wars and military conflicts.

Science is intentionally grounded, that is, all research, concerning the way out to the understanding of the subtle material plane of existence stops, is subjected to persecution.

The ‘medical’ theme is also the result of the action of the aforementioned parasite and its henchmen on earth. It is these parasites who need a reduction in the population, since they cannot fight on a subtle plane with the increased egregore of the seven billion humanity.

With a careful and honest examination of historical, and even today’s events, we see that there are quite a lot of signs of a strange synchronization of certain events.

To say that we are being exterminated is an understatement. But as soon as you start saying something like that, your are immediately labeled as a psycho, become demonized and insulted in every possible way.

But it’s all conspiracy theories. Where is the truth, where is fiction, it is difficult to figure out.

Yes, as it were – it’s never too late, except that society itself does not want to wake up, it’s all about education and the levels of critical thinking in the heads of society. The stupefaction of juveniles is already obvious, it is clear that the generation is in fact, not sharp enough, to say the least. It is enough to study the preferences of young people, to immediately see what is in the heads and thoughts of the generation.

The Earth will continue to live, but how, is the big question.

In this article:evil, war against humanity 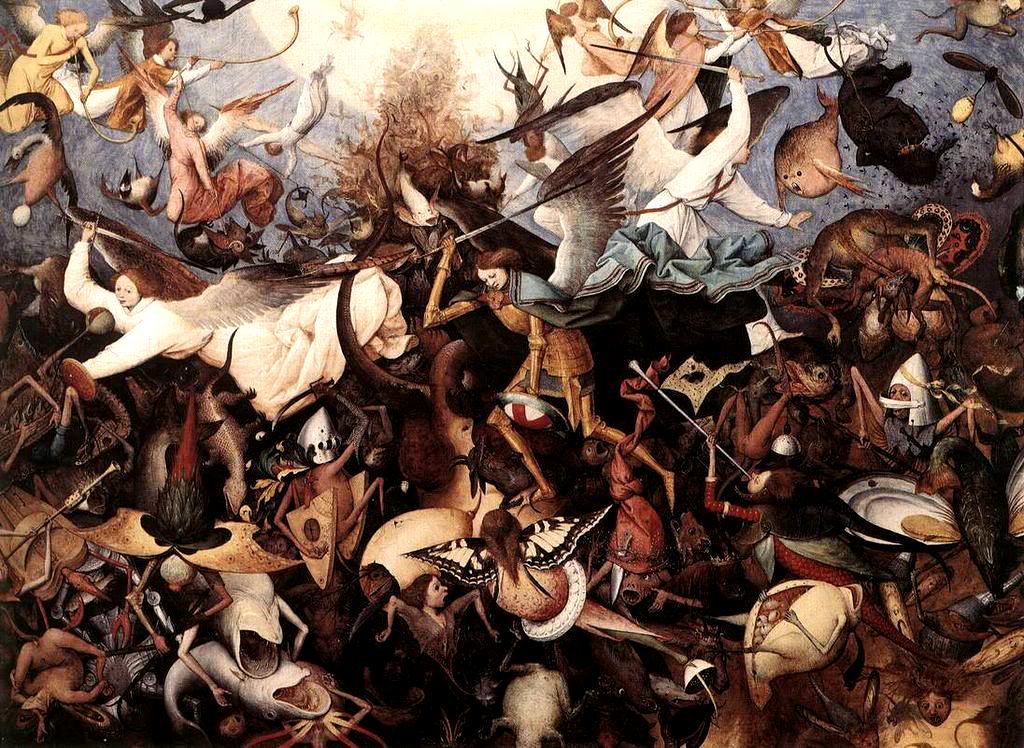 On Demons and the Subjectivity of Evil