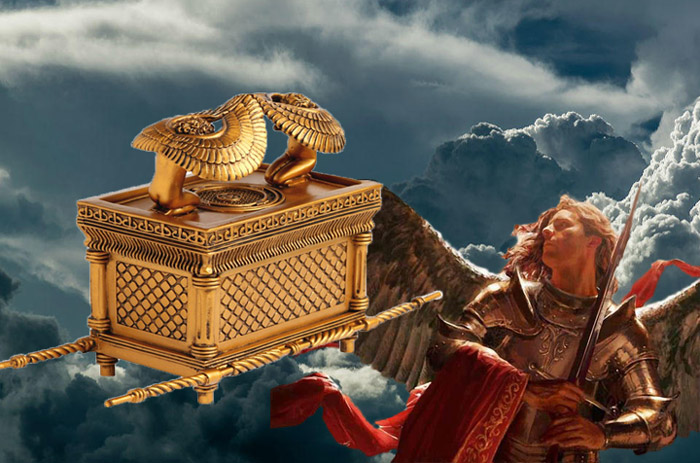 September 11, 2015, a terrible drama took place in Mecca. 107 people died and another 240 were injured. It was said that the origin of this accident would be a sandstorm that occurred instantly over the city of Mecca. Fans of conspiracy theories say Saudi Arabia has given Russia an ancient apocalyptic weapon discovered under the great mosque in Mecca, according to Daily Star

Through the darkest corners of the internet, there was a rumor that under the Masjid al-Haram mosque, the holiest place of Islam, a legendary weapon called the “Ark of Gabriel” was discovered.

According to the legend, the archangel Gabriel, who told the Virgin Mary that she would give birth to Jesus, and would have dictated the Qur’an to Prophet Mohammed – would also entrust to the founder of Islamic religion a box or an ark with an “enormous power”.

Mohammed was told to bury the ark in an altar, to a place of prayer, to be dug up only when the end of the world is near.

On September 11, 2015, in an attempt to move that mysterious weapon, it instantly ejected a huge plasma emission that was so powerful that it affected the crane that crashed across people, causing 107 victims.

A second attempt to move the mysterious weapon took place on September 24, 2015, but this time, that huge plasma emission caused thousands of deaths in Mina, very close to Mecca. The authorities blamed the “panic of the crowd” and hid the truth from public opinion.

Immediately after the second catastrophe, His Holiness, Patriarch Kiril of Moscow, was contacted by the Saudis.

Why? Because the Russian Orthodox Church holds an old Islamic manuscript, which was rescued by the Roman Catholic crusaders in 1204 when they robbed the Hagia Sophia Cathedral in Constantinople (today Istanbul, Turkey).

This manuscript, titled “Gabriel’s Instructions to Muhammad”, presents the history of the instructions given to Mohammed by the angel Gabriel in a cave called Hira, located on Mount Jabal un-Nour, near Mecca.

The angel entrusted to Muhammad a “box/ark” with a “tremendous power,” belonging to God and only to God.

This “box” should not be used at all, but buried in an altar, “in the place of worship of angels before the creation of man,” until Qiyamah, that is, until “the Resurrection Day.”

What happened next to this mysterious “box” / “weapon” buried in Mecca?

There is information that “the weapon of the Angel Gabriel” might now be in the hands of the Russians, a Russian military ship, Admiral Vladimiski, leaving in November 2015 the Jeddah Saudi Port, carrying on board the mysterious object, called “Gabriel’s Ark”.

And the Russians took this weapon to Antarctica. Why there? I have no idea, but not for nothing, the Nazis had secret bases in Antarctica.

There is something mysterious there …

Russia has provided specialists and a ship to transport the object. It is also said that to protect the ship, the Russians used nuclear weapons that produced the catastrophe.

On September 25, Patriarch Cyril, the head of the Russian church, had a meeting with representatives of the Saudi authorities.

It is said that the object discovered is of an extraordinary importance to the Russian church.

This information came to the press after a Kremlin report, which unofficially came to the hands of some media representatives.

The report explains that the 15 scientists who participated in the removal of the precious object from the underground, at the time of its extraction, produced a huge explosion.

A plasma emission caused an explosion in one of the tunnels. In ancient religious texts, it is said that God forbade the use of this mysterious, destructive object that Mohammed would have wanted to use.

A few days after this event, Putin ordered the bombing of Syria. It is also said that after this discovery there was a very close relationship between Russia and Saudi Arabia.

Interestingly, on February 12, 2016, a historic meeting, the first in over 1,000 years, took place in Cuba between Pope Francis, the leader of the Roman Catholic Church and Patriarch Kirill of Russia, the head of the Russian Orthodox Church.

Why? The exact nature of the conversation is not known, but there is information “scattered” on the Internet that Pope Francis would have given Patriarch Kirill another secret Bible manuscript, owned by the Vatican Library, which speaks of the same “Gabriel’s Ark” and about which is said to have been written even by the Bible “Watchmen” (angels).

After this meeting of Kirill with Pope Francis, in 6 days, on February 18, 2016, the patriarch of Russia goes directly to Antarctica (read the news on The Telegraph)!

Surprise surprise! What does Patriarch Kirill do in Antarctica? Beyond the official lying statements, he seems to have gone there because the Russian Navy Vladimir, carrying on board “Gabriel’s ark,” brought in Antarctica this mysterious ancient object.

With the help of the Pope’s manuscript, Kirill held a job (an “ancient ritual”) for Gabriel’s Ark at the Trinity Church of King George (Antarctica), a small Russian Orthodox church.

Interestingly, there are rumors that President Obama, during his visit to Argentina (March 26-27, 2016), made a secret visit to Antarctica, in the unknown Russian location where Gabriel’s ark is housed.

Bizarrely, part of the data is real. The Amiral Vladimisky vessel called the Jeddah port at the beginning of that month on a “military-religious” mission.

The reason for the appeal was not officially explained, the Russian press describing it as a mysterious business visit.

“The crew had the opportunity to rest. The water and food supplies were refreshed. “But strangely, the cargo included Russian-made capsules that were to be placed in” military glory “areas and in the seaside places of Russian sailors.

The visit is very strange given that the relations between Saudi Arabia and Russia are not good at all, the two countries being opposite sides of the barricade in the civil war in Syria.

Sorcha Faal, whose unfounded allegations about Gabriel’s Ark spread very quickly on the Internet, offer no reason beyond the fact that Islam and the Russian Orthodox Church are hostile to the Catholic Church for which Saudi Arabia would offer Russia this weapon.

Equally well, Sorcha Faal fails to explain why Russia would carry the gun to the Antarctic, but only provides some links to conspiracy theories about the existence of a “Nazi Nazi UFO base” at the South Pole.

Faal is considered to be a pseudonym of David Booth who owns the What Does It Mean site, the site that first appeared the information.

It is very unlikely that Booth, whose beliefs are the same, and that according to which a planet named Nibiru will strike the Earth until March 2016, have access to the Russian army’s secret reports.

Advertisement. Scroll to continue reading.
In this article:featured, Gabriel’s Ark