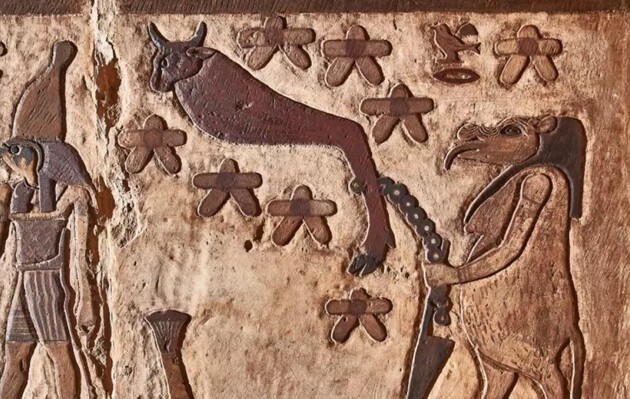 A team of scientists from Germany and Egypt, which carried out work in the ancient temple of Esna, found references to previously unknown ancient Egyptian constellations, but so far they cannot link them to existing ones.

In Egypt, archaeologists have discovered images of unknown constellations during the restoration of an ancient temple. This is reported by LiveScience.

Restoration work is being carried out in the 2,000-year-old temple by experts from Germany and Egypt. During the removal of soot and dust from the walls, drawings began to appear, with which the ancient Egyptians decorated the temple.

“The carvings and hieroglyphs look so vivid as if they were drawn yesterday. But we are not repainting anything, we are just removing the soot,” Christian Leitz says, professor of Egyptology at the University of Tübingen.

Mentioning these constellations, without depicting them, does not yet allow us to say which star clusters are in question.

The first modern description of a Greco-Roman temple in the city of Esna dates back to 1589, when it was visited by a Venetian merchant. The city of Esna, about 60 km south of the ancient capital of Luxor, used to have more temples. Two buildings were destroyed during the industrialization of Egypt, and the largest, the Temple of Esna, was used for storing cotton in the first half of the 19th century.

The sanctuary, which they decided to use as a warehouse, was prized for its location in the city center. Decades of desolation have left the temple dirty, covered in soot and bird droppings.

To date, only its vestibule remains from the temple. The large sandstone structure is supported by 24 columns, as well as 18 freestanding columns, decorated with paintings and carvings. It stretches 37 meters long, 20 meters wide and 15 meters high. But the remains of the temple are only a small fraction of its former size when it was built under the Roman emperor Claudius (reigned 41-54 AD). Scholars do not know what happened to the rest of the temple when a Venetian merchant visited it in the 16th century, little remained of the structure.

According to Leitz, the construction and decoration of the temple, including the astronomical drawings on the ceiling, could take about 200 years.

He notes that when the ancient Egyptians decorated the temple, they first drew with ink, creating sketches for carvers, and then colored the relief designs.

On the astronomical ceiling of the temple, many drawings have remained in ink, so they were found only during the restoration.

Advertisement. Scroll to continue reading.
In this article:Egyptian constellations, Ra