French archaeologists made a surprising discovery during an excavation in Alsace, France, when they uncovered a substantially elongated skull dating back 1,500 years.  The finding prompted the archaeologists to extend their search over 7.5 acres, which resulted in the discovery of an abundance of artefacts, human and animal remains from Neolithic, Gallic, Gallo-Roman, and Merovingian societies.
The skull appears to have been intentionally elongated through the practice known as cranial deformation, which is usually associated with ancient Mesoamerican cultures and was practiced extensively in Europe, Africa, Asia, and as noted, South America.  Cranial deformation is achieved by distorting the normal growth of a child’s skull by applying force through binding the head between pieces of wood or binding it in cloth. It is typically carried out on an infant, as the skull is most pliable at this time.
The skull was discovered during excavation of a necropolis containing 18 burials. It was discovered in a tomb belonging to a woman who clearly held a high status position in society as she was buried with a rich assortment of treasures including gold pins, a silver mirror, beads of glass and amber, a comb made from deer antler and a number of other goods.
Cranial deformation was frequently associated with the elites of society and affirmed their high status. The important question of course is why?
[…]
Read the full article at: ancient-origins.net 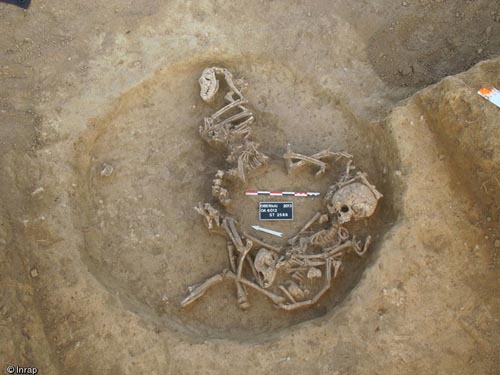 In a necropolis containing 18 west-east burials, a woman was found buried with a rich assortment of grave goods, like gold pins, two chatelains (chains suspended from a belt that held practical objects for household use), a silver mirror, beads of glass and amber, a comb made from deer antler, a set of tweezers, and an earscoop (which were popular at the time). Needless to say, this was a very important person — most likely a very high ranking woman.
But what really identified her as a well-born individual was her ovoid skull, the result of intentional cranial deformation — the practice of binding the head of infants with straps or cradleboards to elongate and flatten their skulls. This was practiced extensively in Europe, Africa, Asia, and as noted, South America. 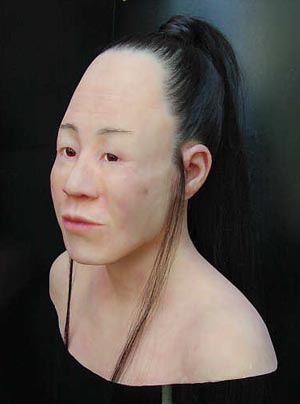 “Reconstruction of a Hunnish woman with artificial cranial deformation (unrelated to this particular dig). “

In this article:Elongated Skulls, France 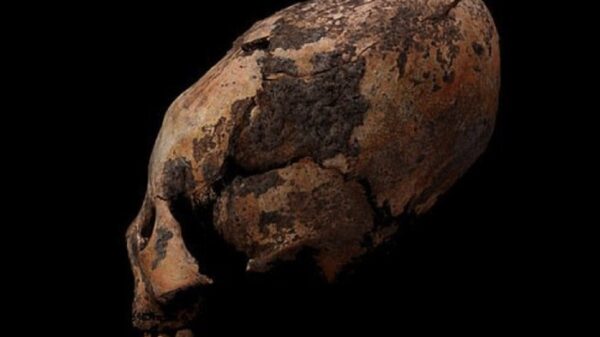 12 thousand years ago, China was inhabited by egg-headed people

Archaeologists have unearthed 25 skeletons from graves in Jilin Province in northeastern China. The oldest were 12 thousand years old. Eleven male, female, and...