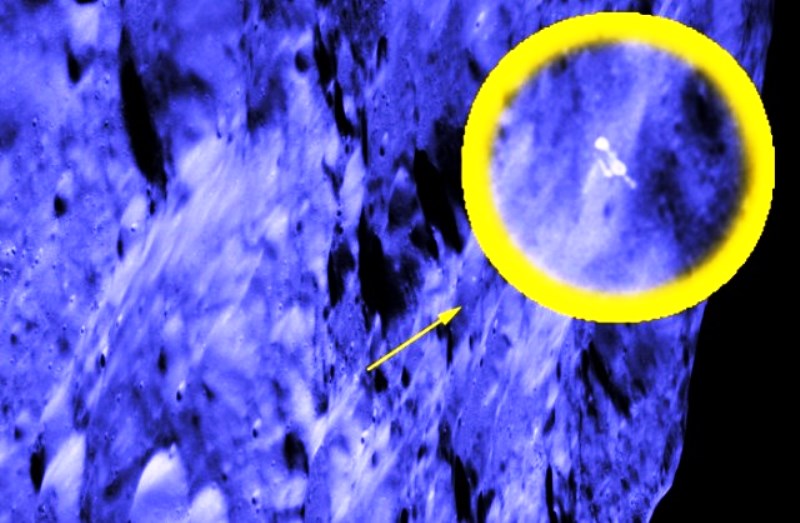 A photograph taken from the online archive of the Apollo 11 mission reveals what appears to be a base (or outpost) on the far side of the moon. The object appears to be on the surface of the moon and is well lit. It is symmetrical with a long separate shaft, as if they were corridors joined by two small spheres, one in the center and one at the end. 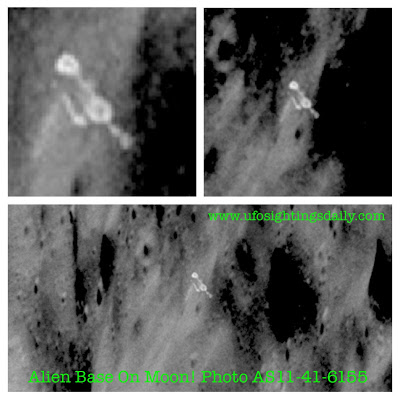 Photo AS11-41-6155 is significant but informants (insiders of NASA) stated that the space agency regularly destroys images that show any evidence of alien life or unknown artificial structures. The photo taken from the Apollo 11 mission does not seem to have been digitally modified in any way and can be a surprising visual proof of alien life on the far side of the moon. Here’s what the Skywatcher Scott Waring, who first discovered the photo, commented on his discovery:

“I need to introduce you to my discovery, and what appears to be some sort of unknown Object on the Lunar Terrain or UFO, which appears on one of the images of the Apollo 11 mission. So I took some screenshots so I could see the object in excellent details. It looks to me like some sort of crystal tube with something that looks like an antenna or some kind of special weapon … I don’t know what it is, but we can’t understand. The first image is the original one, which shows a lot of unknown objects on the surface of the Moon! “. 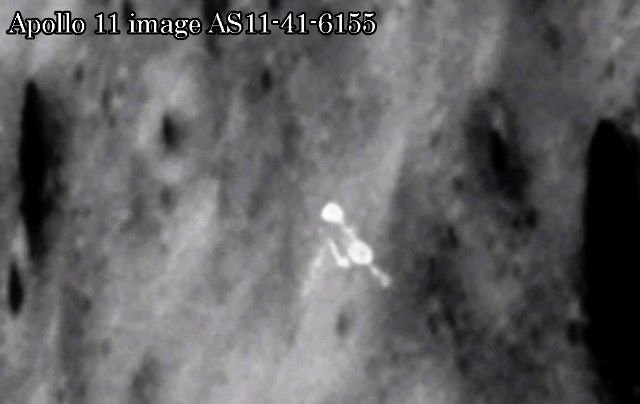 The object is well lit and symmetrical and appears to be an artificial structure of some kind. Significantly, researchers and personalities linked to NASA environments have come forward to affirm that the space agency itself and the affiliated government agencies have a precise policy, that is to destroy or alter the photographs that reveal artificial structures on the moon or in space. 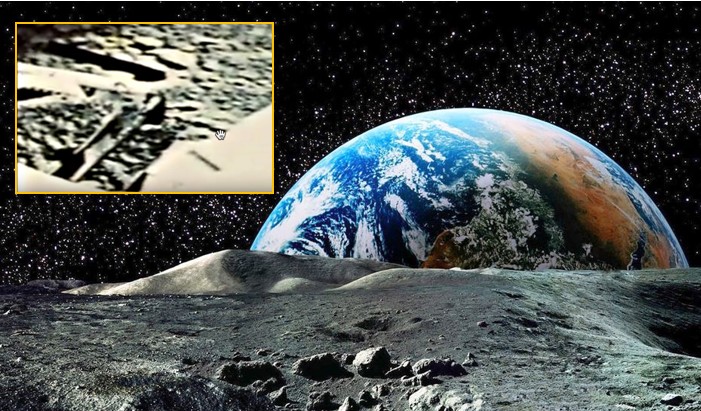 NASA and affiliated government agencies have a precise policy, namely to destroy or alter photographs that reveal artificial structures on the moon or in space.

Karl Wolfe, for example, claims that he witnessed the removal of images related to alien structures detected by the Apollo mission. NASA, the NSA and the US Air Force cooperate to remove these images of the Apollo mission, in addition to satellite images when they are assimilated. The Washington Times had the opportunity to publish the testimony of informant Karl Wolf, a former Air Force sergeant who was assigned to the National Security Agency. Wolf said that mysterious structures were discovered on the far side of the Moon when the United States mapped the lunar surface before the Apollo landing in 1969. 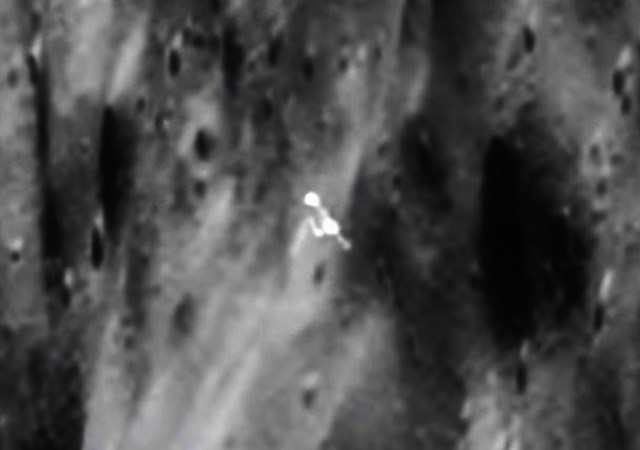 Another informant, Dr. Ken Johnston, who was a manager of the photo analysis and data control department at NASA, said that in one of the many photos, there was one showing artificial structures on the Moon and later, he was asked to destroy the images. Johnston refused and was fired by NASA.

If the tampering and destruction of Apollo 11 photographs, in addition to satellite images of the moon’s surface, is a regular policy implemented by NASA and various US government agencies. Wolf and Johnston declare that the image AS11-41-6155 may have remained unchanged in the object it represents. Certainly, the two informants confirm, this image may have escaped NASA (see image above). The photo is very large (40 megabytes) and a careful examination is needed to discover the anomalous object. In conclusion, the Apollo 11 mission and the image AS11-41-6155 may be the test, or the smoking gun, concerning the presence of an alien base on the far and dark side of the Moon.

Advertisement. Scroll to continue reading.
In this article:alien moon base, Apollo 11 mission 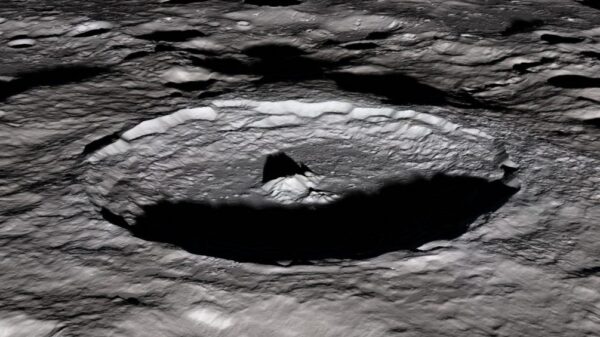 NASA has dramatically changed plans for its lunar program by deciding to send a rover to the very center of the Earth’s satellite –... 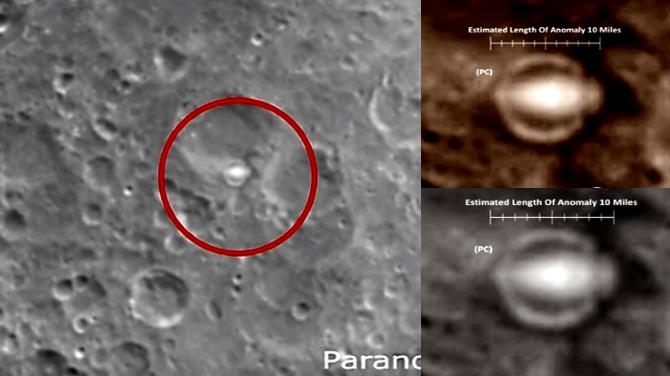 The NASA Lunar Orbiter photographs a massive structure on the Moon !!

What is the Moon hiding? A UFO researcher found a photograph taken from NASA’s lunar orbiter LRO which shows an alien structure with a... 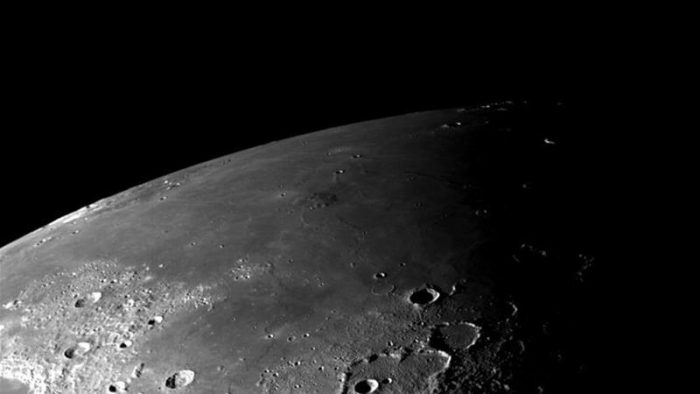 While Waring claimed that NASA is purposefully withholding the evidence pointing to the existence of extraterrestrial life and UFOs, the space agency claims that...