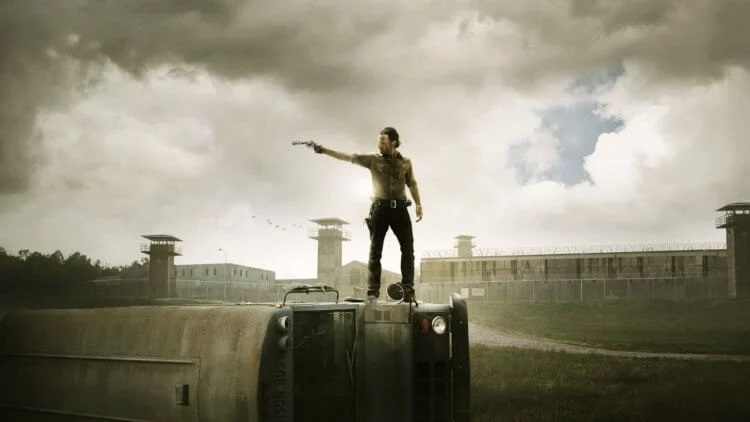 Frame from “The Walking Dead” series

The conspiracy of Satanists has a long history, and now it is close to completion. Its main goal is to destroy most of humanity, and turn the rest into slavery forever and ever. What are the next events on the agenda? For example, what will happen on September 24th and beyond?

The Arch of Freemasonry with the number 69, reverse 96

While the announcement of the death of Queen Elizabeth II at the age of 96 – as 69/96 in the Masonic Arch – was orchestrated by the numbers and scheduled for September 8, 2022, there were many interesting events and trends that have taken place in recent weeks to tell us that something is happening, that something big is going to happen this fall.

In late August, Pope Francis ordered all Vatican businesses to transfer all funds and assets to the Vatican Bank by September 30. is the Great Reset approaching?

This is very strange, since we know that those who rule us, the top of the pyramid, are apparently “playing” the book of Revelation. The Catholic Church, the Vatican and their Jesuit order, are the masters of the game. In the Apocalypse, when the Beast, the Antichrist, returns to rule for 42 months, he demands a one-world government and a ruler like him, a one-world currency system, in which you cannot buy, sell, or exchange without the sign on your hand or on your forehead.

Was Queen Elizabeth’s death a distraction? Or the beginning of the World Dictatorship?

The disappearance of cash

Also note that her death and the coronation of King Charles III means that most British coins and banknotes will be replaced. This includes all 33 Commonwealth countries, which have the faces of British monarchs printed on their currency. A perfect time to get rid of most of the money and switch to a digital currency, a digital currency of the Global World.

We have already seen that the substitution of cash accelerated with the pandemic, where cash would be the carrier of “germs” and “diseases”.

Also, on September 30, the Bank of England will withdraw all £20 and £50 notes from legal tender. This is as more and more banks withdraw their money services and offer only digital banking.

Police patrolling the streets of Germany

At the beginning of September we received the news that the German army would be patrolling the streets from October 1st. What they are telling us is to “give” a hand to the prosecuting authorities. But for what exactly? What do they know that we don’t and it will be so serious that even soldiers on the street will need to patrol?

It also coincides with the return of the mask obligation only for unvaccinated people!

Do celebrities know something is going to happen and cancel their tours?

In the summer months most of the major bands and artists including comedy acts, night entertainment etc. have canceled their tours for September and October. This includes names like Foo Fighters, Swedish House Mafia, Rage Against the Machine, Justin Bieber/The Weeknd, Weezer, Dead Can Dance, Luke Combs, Limp Bizkit, Alanis Morissette, Shawn Mendes, Carlos Santana, Mandy Moore, The Fugees, Sam Fender, DaBaby, Anthrax, Bauhaus, Oliver Sim and others. Now, we don’t know half of them by name.

But all you need to do is do an internet search for “concert tour cancelled”. You will be shocked as most are canceled for the next few months! This brings memories of the 1,300 CEOs who left their positions just before the pandemic.

Let’s look at the date that the Germans, declared in their headquarters of the German Parliament as the day which will never be forgotten in the history of mankind:

55 is also Satan, because Satan equals 55, the simple English gematria.

Apocalypse on the march

Four Horsemen of the Apocalypse ( Plague, War, Famine, Death ) have already been launched and are operating with might and main on the planet.

1. The plague has been going on for 2.5 years now and is again being pumped with all its might.

2. To organize hunger and chaos, wars and riots are arranged everywhere.

Riots break out in Lebanese Beirut, when the local Armenian population tries to break through to the Azerbaijani embassy.

Kyrgyzstan and Tajikistan accused each other of violating previously reached ceasefire agreements.

By 2027, the Chinese army should establish control over Taiwan.

Xi Jinping allegedly instructed to prepare for such a scenario. It is reported by CNN with reference to the Deputy head of the CIA.

3. Hunger on the planet is simply a necessity combined with cold, you can’t help but say that.

Firstly, to destroy the “extra” people, and secondly, to enslave the rest. Hunger and cold are the most important tools.

3.1. The bodies of dead cows cover India like carpets of insects.

3.2. Insects are already on the menu in Australia. Snacks that include cockroaches are on the menu in 1,000 school canteens across Australia by a Western Sydney company.

3.3. The UN Secretary General warned of the threat of food shortages in 2023.

3.4. Germany’s opposition leader has warned of blackouts in the country this winter.

3.5. Italy has enough gas for 45 days of winter. Gas reserves in Italy are not enough to provide heat to all residents, said Assoutenti, the National Association of Users of Public Utilities, its statement was published by the newspaper La Stampa.

3.5. Half the world is on fire! Azerbaijan, Kazakhstan and the USA to name a few.

3.6.1. Nature Geoscience has published a study that predicts the collapse of the Thwaites Glacier or Doomsday Glacier in the near future, which could significantly raise the level of world water.

3.6.2. Italy is in a fever. Catastrophic floods have claimed the lives of seven people in the Marche region of Italy.

And so on. The count of floods, fires and earthquakes is endless.

This article is just a tiny squeeze of the materials from just a few days of September 2022. The media either do not publish all this information at all, or they chatter with a bunch of other messages that essentially contain nothing.

Why this is done is completely understandable. Why is this being done? Because all the media on the planet belong to the six largest corporations.

In this article:666, Globalist Agenda and New World Order