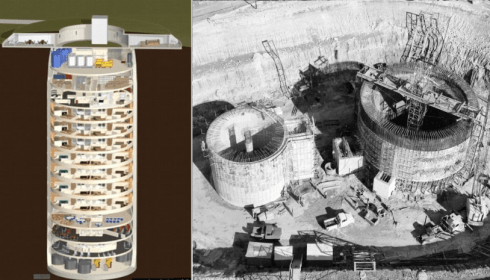 dailymail.co.uk: The idea of ​​preparing for survival under the conditions of the Apocalypse is becoming a global trend. So, if earlier the purchase / construction of bunkers was the inheritance of either the very rich or the eccentrics who devote their lives to preparing for survival, now the middle class has taken care of the ideas of post-apocalypse.

Over the years, a number of entrepreneurs in a number of countries have tried to meet the growing demand for survival bunkers that could protect the global elite from phenomena such as natural disasters, asteroids, or the global pandemic, while offering generous amenities. However, no one even thought that not only the elite were interested in bunkers, but also simpler people.

However, Larry Hall took a well-known risk and created a project he called Survival Condos. The project is a residential complex located 15 floors underground in a former rocket storage near Concordia, Kansas.

Missile bunkers were built by the U.S. Army Corps of Engineers in the 1960s during the Cold War for the Atlas F. They were created 72 throughout the country, but despite the enormous cost of this construction, no one could find them a very long time, until Larry did not appear: The complexes built when the US built missile launchers in the Midwest have many security features. For example, the walls of the silo are made of epoxy concrete. They are nine feet thick and are designed to withstand a direct nuclear strike.

The dome structure that closes the underground tower from above is able to withstand winds exceeding 500 miles per hour. Also, the complex initially provided for filtering air and fresh water.

To build only the walls for such a bunker and install similar systems from scratch, it will take up to ten million dollars, so such structures are considered toys for the rich. However, Larry, taking as a basis the state’s investment bought for nothing, broke it into apartments.

In addition to apartments, the bunker provides common areas: a library, a club, a cinema, a gym, hydroponics rooms, medical rooms, a restaurant and a warehouse with food. The resource of the tower is designed to accommodate 70 people for at least five years.

Much to Larry’s surprise, all of his apartments were bought almost on the same day, and the problem is with the sale of the penthouse, since the market is oversaturated in this price range. Therefore, having bought the next tower from the US government, he is busy building a new settlement with simplified condominiums accessible to the average Americans.

Last year it became known that Silicon Valley millionaires secretly bought $ 8 million bunkers, which were then shipped to New Zealand and buried at a depth of 11 feet. Within the Silicon Valley subculture, some believe New Zealand will be the perfect travel destination when the End of the World arrives.

In 2018, it became known that PayPal co-founder Peter Thiel built the same ark on his New Zealand property and it is rumored that Bill Gates built the same bunkers under every mansion he owns. Therefore, obviously, penthouses do not go well, but apartments at the price of one and a half million dollars fly off well and Larry Hall is optimistic, hoping to buy another 70 towers from the state.

Advertisement. Scroll to continue reading.
In this article:doomsday bunkers, post-apocalypse 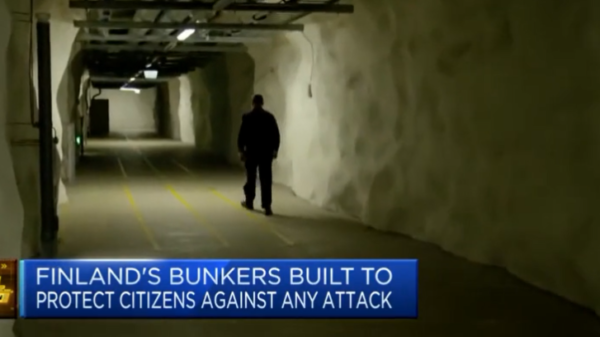 Embracing “Abyss”: Prospect of a nuclear strike, doomsday bunkers and the “New California”

World powers are now “embracing” the abyss and the current position of the Kremlin leaves no doubt as to what will happen if Sweden...