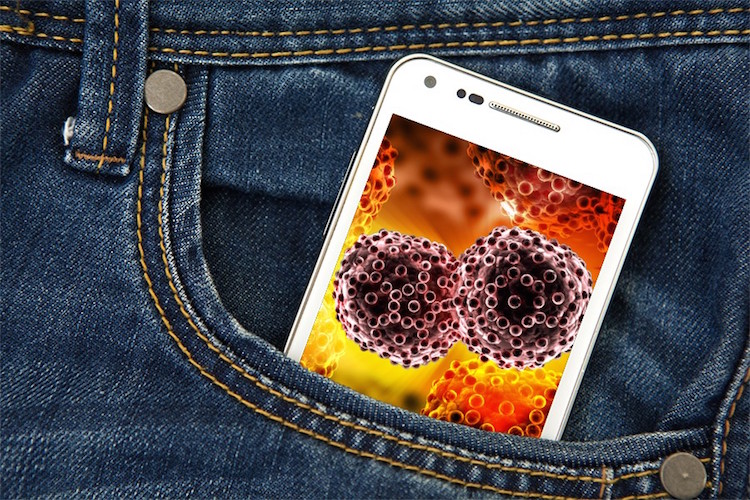 For years, consumer electronics manufacturers have downplayed the harmful health effects of cell phones. Yet, as scientists research the impact of wireless technologies on the human body, speculations turn into hard evidence proving that cell phone radiation may be carcinogenic in nature.

The latest in such research is a study that showed “clear evidence that male rats exposed to high levels of radio frequency radiation (RFR) like that used in 2G and 3G cell phones developed cancerous heart tumors.” (1)

The United States National Toxicology Program (NTP) recently made a formal declaration that a link exists between RFR and heart tumors in male rats. To ensure the accuracy of their study’s results, the NTP collaborated with an external panel of scientific experts.

The organization conducted tests during which they exposed female and male rats, as well as mice, to high levels of RFR. The scientists exposed the entire bodies of the animals to the radiation, with the lowest level of exposure matching that of the maximum allowed in cell phones.

The study identified that a link exists between RFR and heart tumors in male rats. In addition, the results showed evidence of tumors on brains and adrenal glands in the same animal sample group.

“We believe that the link between radio frequency radiation and tumors in male rats is real, and the external experts agreed,” stated John Bucher, Ph.D., NTP senior scientist

It is worth noting that the researchers were not able to discover a clear link between RFR and cancers discovered in the female rats, or in male and female mice. In addition, they exposed the animals to this radiation throughout the entire span of their lives, starting when the animals were in the womb. Furthermore, exposure lasted a much larger percentage of the rats’ lives, than an average person’s cell phone usage.

How Relevant is the NTP Study?

There are a few ways that the NTP study doesn’t correlate with the typical exposure a person would have to cell phone radiation. First, cell phones are not powerful enough to affect the entire human body. Yet, when we hold a phone to the ear for extended periods, specific tissues that are exposed could be more affected (such as the ears and the brain). Thus, when possible, it makes sense to use the speakerphone feature when talking on the phone. This may reduce direct exposure.

Secondly, the NTP study examined the effects of radiation from an older cellular technology that is becoming outdated. Sadly, many scientists and researchers have expressed that newer technologies are potentially even more dangerous. See Countless Studies Show 5G Frequencies Cause Harm but the National Rollout is Here

Furthermore, cell towers also emit ambient radiation that could have some serious biological effects. A recent study conducted at the Ramazzini Institute in Italy established a link between lab animals exposed to environmental levels of cell tower radiation and cancer.(2) Moreover, research has shown that exposure to WiFi networks is also impacting human health. For example, a study in Iran linked current WiFi that operates around 2.4 GHz to infertility and other immediately noticeable health symptoms.(3)

We do not know for sure how lifelong exposure to wireless technologies will impact today’s youth when they have reached adulthood. Yet, it’s worth noting that research, such as the NTP study, shows that it is likely smart to be more mindful of the usage frequency of these technologies. In addition, it may be wise to set aside several hours a day where you completely disconnect yourself and your home…perhaps by taking a hike in nature.

Of course, certain trends, such as cell network roll-outs and proliferation of WiFi, may seem completely out of our control. Therefore, it makes sense to invest in technologies that work to protect the human body from the harmful effects of electromagnetic and radio frequency radiation. For more information on such products, visit Waking Times affiliate Airestech.

This article (Another Study Shows Cell Phone Radiation Is Carcinogenic) was originally created and published by Waking Times and is published here under a Creative Commons license with attribution to Anna Hunt and WakingTimes.com. It may be re-posted freely with proper attribution, author bio, and this copyright statement.

Disclaimer: This article is not intended to provide medical advice, diagnosis or treatment. Views expressed here do not necessarily reflect those of Waking Times or its staff.

In this article:cell phone radiation, WiFi