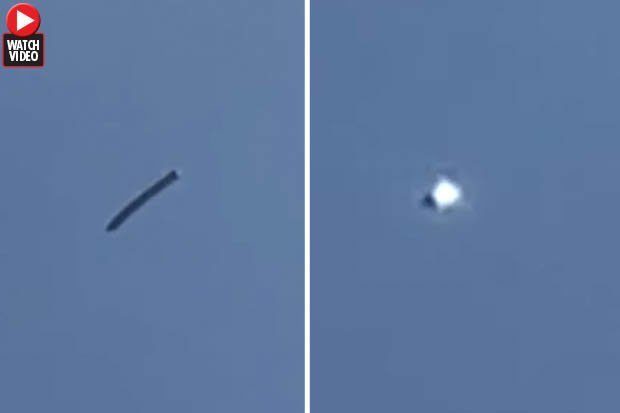 The snake-like UFO appears to have returned over Washington

A smake-like UFO appears to have returned after a bizarre object was seen “emitting an energy beam” above the US state of Washington.

Alien enthusiasts were sent into a frenzy last month when a baffling UFO shaped like a snake appeared above the Mojave Desert in California.

Several weeks later, a similar object was spotted plunging from the sky before speeding off at breakneck speed over Colorado.

And now, a third “snake UFO” has been caught on camera.

The video shows a grey cylindrical shape hovering in the blue skies above Washington.

At first, it seems stretched out but then appears to move and reflect a bright beam of light.

“It’s the middle of the day, no clouds, some weird cylinder-looking thing with a flashing light on the end,” Athena, behind the camera, said.

“It’s just flat-up in the sky, it’s been moving positions.”

Blake Cousins said: “I was reviewing the footage and something zooms from the right to left.

“Just as the light pulsates, something flies by.

“It’s probably just a bird but it could be a UFO.

“The light pops from the cylinder as soon as the UFO flies past.”

Brett added that he believed the flash of light was almost like the object was “emitting a beam of energy”. 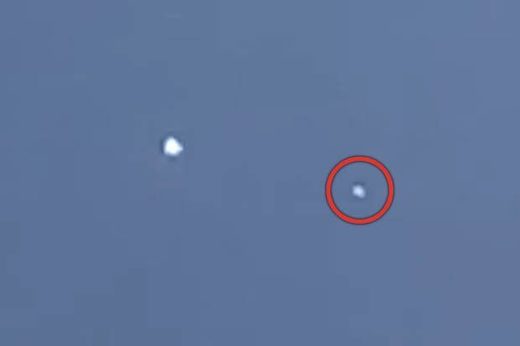 More than 45,000 people have seen the clip since it was posted to YouTube on July 13.

One user claimed to have spotted a second orb flying above the cylindrical shape.

“You can see another white orb…it is only captured once but it is extremely fast,” they wrote.

Another commented: “That’s incredible Blake. The last cylinder-shaped object looked like it was creating some sort of energy portal.”

But a third was less convinced, saying: “Swear that’s just a balloon.”