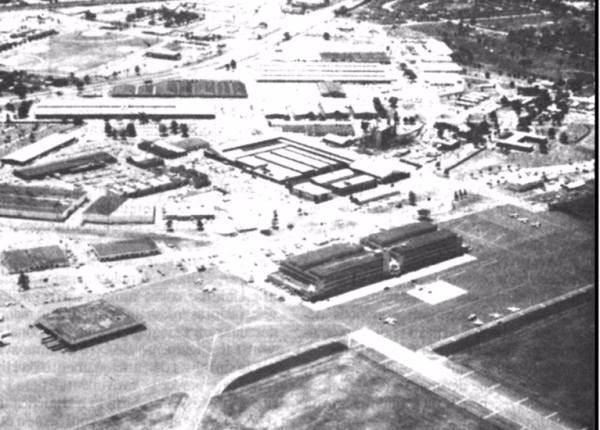 Nearly thirty years ago John Keel, one of those self-styled UFO researchers that Ken Macdonald complained about in his June 2, 2018 AOL Newsribol article about Roswell, said that by the turn of the century (meaning in 2000), there would be hundreds of new witnesses clamoring for their place in the Roswell mythology. Turns out he was right (not about the mythology but about the new witnesses). People have been all over the place claiming to know something special or someone special or something important about the Roswell case.

Macdonald writes about the Roswell story as if this is something new but draws his information from the Roswell Daily Record article published in 1947. He even includes the irrelevant tale of Dan Wilmot, a Roswell resident who saw something on July 2, 1947. That Wilmot made the report about a craft in the sky doesn’t necessarily mean that what he saw was what was responsible for the debris found by W.W. “Mack” Brazel in early July 1947.

What annoyed me first here was this idea that the alien spacecraft was spying on our testing of nuclear weapons, according to what Macdonald wrote. Of course, those of us who can think beyond the end of a sentence realize the flaw in this theory. The first atomic explosion took place in July 1945, with two more in Japan in August 1945… So, if it was atomic explosions that grabbed the aliens’ attention, wouldn’t they have gone to Japan rather than New Mexico? There had been more explosions there.

And since we know the speed of light, and even if we grant the alien ability to spot these brief flashes of very bright light on the Earth’s surface, from where do the aliens originate? Even granting them Faster-than-Light travel, the light from those detonations had only been traveling for two years. Do the aliens have an outpost in our Solar System? Maybe on that ninth planet out in the Kuiper Belt somewhere that some astronomers claim is there?

According to this story (and please don’t tell it’s been around for a couple of years because I know that) Raymond Szymanski, who says he worked at Wright-Patterson Air Force Base as an “engineer and high-level researcher,” for 39 years, is the man behind this tale. He said that he was privy to some of the biggest and darkest secrets floating around the base which included the cover up of the Roswell crash.

He, himself, saw underground tunnels and chambers under the base, and this was where the material, and by material, I mean the craft and bodies recovered at Roswell, were stored. Now, he didn’t see the Roswell stuff, only these secret tunnels and chambers and given the history of Wright-Pat, and the paranoia of the Cold War, wouldn’t underground shelters and tunnels be something you’d expect? A purpose other than hiding alien bodies I mean, but I digress.

Szymanski tells of a friend, Al, who spilled the beans to him. Szymanski, according to what he has said, was a “young co-op student barely in his first week” and was let in on the secret… Security clearances take a while to complete, so this is an amazing breach of military etiquette, but I’ll ignore that because it really doesn’t make a lot of difference here.

He talked of a small group of 10,000 people that he had now joined. I don’t know if all 10,000 were at Wright-Pat or scattered among research facilities around the country… anyway, that’s a lot of people in on the secret and not exactly a small group.

But here’s the deal with this tale. We don’t know who Al is. We just have the first name and a suggestion that he was an important man or scientist. And we have Szymanski’s claim that “everyone” he talked to about this over the years didn’t deny the rumors… No one suggested he was out of his mind, but according to him, he has no smoking gun.

So, here we are, with another man claiming some sort of inside knowledge about the Roswell crash but unlike so many others, he admits that he hasn’t seen the bodies or the craft, only been told about it by people he finds to be reliable. But how many times have we been down that road only to learn that the sources for the information are not credible? I’m not even going to bother naming the names because those who visit here on a regular basis, or who have read Roswell in the 21st Century, know how many have fallen to increased scrutiny.

No, right now I’m not buying this and I don’t really know why AOL Newsribol thought it necessary to dredge up this tale again. It is clear that the story was based on newspaper articles and press releases and that the writer did very little if anything to verify the information. That’s left, I guess, to we self-styled UFO researchers. Too bad so much is ignored by self-styled investigative journalists.

In this article:Roswell Daily Record