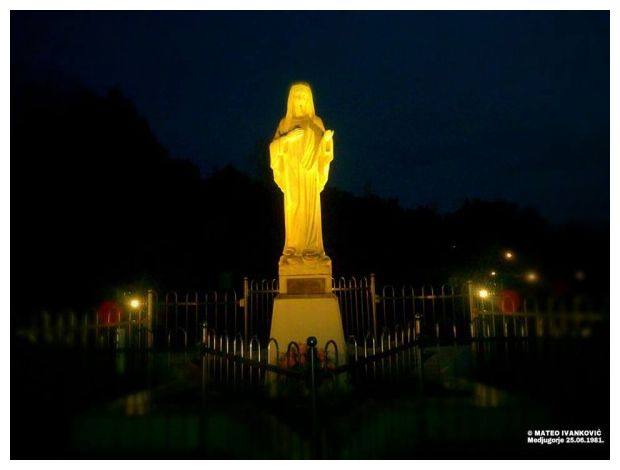 Medjugorje – An Italian pilgrim cries blood in the latest unexplained incident in a small town in Bosnia and Herzegovina, where the Virgin Mary allegedly appears on a regular basis.

Still officially unrecognised by the Catholic Church, the mysterious religious happenings in the town of Medjugorje in Bosnia and Herzegovina have perhaps received more credence on May 24, 2014, with the spontaneous outpouring of tears of blood from an Italian pilgrim at the foot of the Queen of Peace shrine above the town, according to a report in Glasbrotnja.net.

According to the report, the Italian went to pray with friends on Apparition Hill, the location where the Virgin Mary allegedly first appeared to a group of small children in June, 1981, apparitions which continue today and which have transformed Medjugorje from a sleepy backwater town into one of the most important religious destinations for Catholic pilgrims. More than one million religious tourists visited the small town every year.

The tears of blood can be clearly seen in the video below, and this incident is the latest strange happening in Medjugorje, and it comes just a few weeks after Digital Journal reported on a miraculous healing of an Italian boy who started to walk after visiting the town.

In this article:Medjugorje, Religion, tears of blood