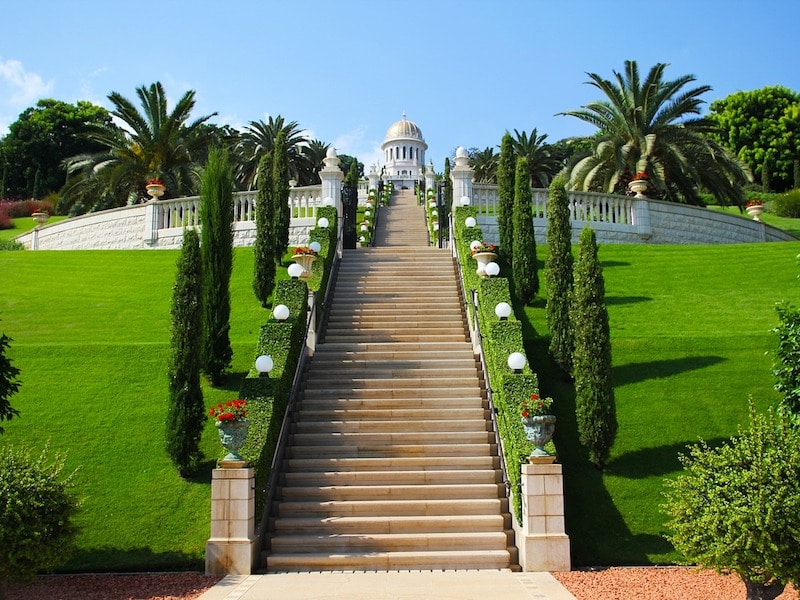 (Joseph Farrell) If you’re following all the stories swirling around the murder of Jeffrey Epstein, you’ll definitely be interested in this one. But first, a little context. Last Friday I blogged about the human trafficking problem and came up with certain speculations.

JUST HOW BIG IS THE HUMAN TRAFFICKING PROBLEM?

In that blog, I indicated that there were several features of human trafficking networks that had to be present in order for it to work: (1) there had to be a covert means of moving people around under the eyes of authorities, such as military cargo planes or other military transports, or private planes and transports, (2) a way of “tracking” the movement of “inventory” and corresponding money flows, and (3) the willing participation of major banks in the nefarious activity via compromised or infiltrated managers in a position to handle and launder the money from such “business.”

With that context in mind, consider this article, shared by V.T., to whom I am  grateful for passing it along:

Now for those of you who’ve been paying attention for a very long time, the name of Ari Ben-Menashe will sound very familiar, because he was one of the names that kept popping up during the Reagan years as being involved in the Iran-Contra affair:

In an interview last week with the independent outlet Narativ, Ben-Menashe, who himself was involved in Iran-Contra arms deals, told his interviewer Zev Shalev that he had been introduced to Jeffrey Epstein by Robert Maxwell in the mid-1980s while Maxwell’s and Ben-Menashe’s involvement with Iran-Contra was ongoing. Ben-Menashe did not specify the year he met Epstein.

Ben-Menashe told Shalev that “he [Maxwell] wanted us to accept him [Epstein] as part of our group …. I’m not denying that we were at the time a group that it was Nick Davies [Foreign Editor of the Maxwell-Owned Daily Mirror], it was Maxwell, it was myself and our team from Israel, we were doing what we were doing.” Past reporting by Seymour Hersh and others revealed that Maxwell, Davies and Ben-Menashe were involved in the transfer and sale of  military equipment and weapons from Israel to Iran on behalf of Israeli intelligence during this time period.

And again, if you followed all of that back in the 1980s, you’ll be aware that another name keeps popping up in connection with Iran-Contra: Adnan Khashoggi. Sure enough…:

However, as MintPress reported in Part IV of the investigative series “Inside the Jeffrey Epstein Scandal: Too Big to Fail,” Epstein was involved with several arms dealers during this period of time, some of whom were directly involved in Iran-Contra arms deals between Israel and Iran. For instance, after leaving Bear Stearns in 1981, Epstein began working in the realms of shadow finance as a self-described “financial bounty hunter,” where he would both hunt down and hide money for powerful people. One of these powerful individuals was Adnan Khashoggi, a Saudi arms dealer with close ties to both Israeli and U.S. intelligence and one of the main brokers of Iran-Contra arms deals between Israel and Iran. Epstein would later forge a business relationship with a CIA front company involved in another aspect of Iran-Contra, the airline Southern Air Transport, on behalf of Leslie Wexner’s company, The Limited.

So far, according to Ben-Menashe, Epstein was involved in a lot more than human trafficking.

Now, if you recall that period of history and were following all of its strange interconnections, you’ll recall that Iran-Contra was also entangled with the strange Bush-Clinton nexus and to the allegations that a covert drug-running operation was being run by certain clowns in America through the airport at Mena, Arkansas, and you’ll recall that the names Adnan Khashoggi and Ari Ben-Menashe kept popping up not only in relationship to the arms-hostages-drugs circus that was Iran Contra, but also in connection to the BCCI scandal (Bank of Credit and Commerce International, or as we like to call it here, the Bank of Crooks and Criminals International).

Finally, there was one more scandal that the names Ben-Menashe and Adnan Khashoggi also kept popping up; they kept popping up in connection to the PROMIS scandal, the theft of the database management system by Reagan’s Department of Justice, its alteration by at least two players adding their own “backdoors” into the software, and its sale to, or arranged theft by, other countries for use in their intelligence agencies. (For those interested, I reproduce Ben-Menashe’s affidavit on PROMIS to the American House of Representatives in my book Hidden Finance, Rogue Networks, and Secret Sorcery.)   And sure enough:

Thus, there are indications that Epstein was involved with Middle Eastern arms deals, including some related to Iran-Contra, during this period. In addition, Epstein would later claim (and then subsequently deny) having worked for the CIA during this period.

If Robert Maxwell did recruit Epstein and bring him into the “family business” and the world of Israeli intelligence, as Ben-Menashe has claimed, it provides supporting evidence for information provided to MintPress by a former U.S. intelligence official, who chose to remain anonymous in light of the sensitivity of the claim.

This source, who has direct knowledge of the unauthorized use of PROMIS to support covert U.S. and Israeli intelligence projects, told MintPress that “some of the proceeds from the illicit sales of PROMIS were made available to Jeffrey Epstein for use in compromising targets of political blackmail.” As was noted in a Mintpress series on the Epstein scandal, much of Epstein’s funding also came from Ohio billionaire Leslie Wexner, who has documented ties to both organized crime and U.S. and Israeli intelligence.

After the PROMIS software was stolen from its rightful owner and developer, Inslaw Inc., through the collusion of both U.S. and Israeli officials, it was marketed mainly by two men: Earl Brian, a close aide to Ronald Reagan, later U.S. envoy to Iran and close friend of Israeli spymaster Rafi Eitan; and Robert Maxwell. Brian sold the bugged software through his company, Hadron Inc., while Maxwell sold it through an Israeli company he acquired called Degem. Before and following Maxwell’s acquisition of Degem, the company was a known front for Mossad operations and Mossad operatives in Latin America often posed as Degem employees.

With Maxwell — Epstein’s alleged recruiter and father of Epstein’s alleged madam — having been one of the main salespeople involved in selling PROMIS software on behalf of intelligence, he would have been in a key position to furnish Epstein’s nascent sexual blackmail operation with the proceeds from the sale of PROMIS.

This link between Epstein’s sexual blackmail operation and the PROMIS software scandal is notable given that the illicit use of PROMIS by U.S. and Israeli intelligence has been for blackmail purposes on U.S. public figures and politicians, as was described in a recent MintPress report.

Observe that if these allegations are true, then we have present in the Epstein affair all three essential components for his participation in a much larger network, for we have (1) a means of shuttling the “inventory” around that won’t raise suspicion, namely Epstein’s private planes, but also any transport that could have been supplied to him by his covert intelligence connections, and (2) a way of tracking the inventory and its money flows, and additionally, the blackmailed “clients”, provided by bootlegged copies of PROMIS or possibly by backdoors added into intelligence agencies versions of that software, or by granting the necessary passwords for access to it, for the express use by that trafficking network, and (3) the  willing  participation of banks in the process, represented here by the presence of BCCI hovering on the edges of these relationships, via Adnan Khashoggi’s strange connections to it.

Note, that my speculation here is somewhat different than the article’s, in that I’m urging that Epstein’s connection to the PROMIS scandal may be much more than merely via a contacts with those connected to it, but rather, that if one wants to run a network such as this, trading in drugs, arms, and humans themselves, then an inventory and cash-flow tracking system has to be a component. But other than that, the implied presence of those three components, plus the connections of Epstein to other famous scandals, now provides an explanation for why he had to be “suicided.” It is much more than simply a decision taken to roll  up a network whose overhead has become too costly to maintain. The network itself was not only highly profitable, but given Epstein’s long association with it, was also profitable from the standpoint of the sheer influence it garnered for itself. And if, as this article avers, he was a part of it going all the way back to the Reagan era, then he may have known a great deal about how so many things interconnected.

The real “Epstein black book” was in his head, and he had to be silenced.

See you on the flip side…

In this article:Epstein, human trafficking networks 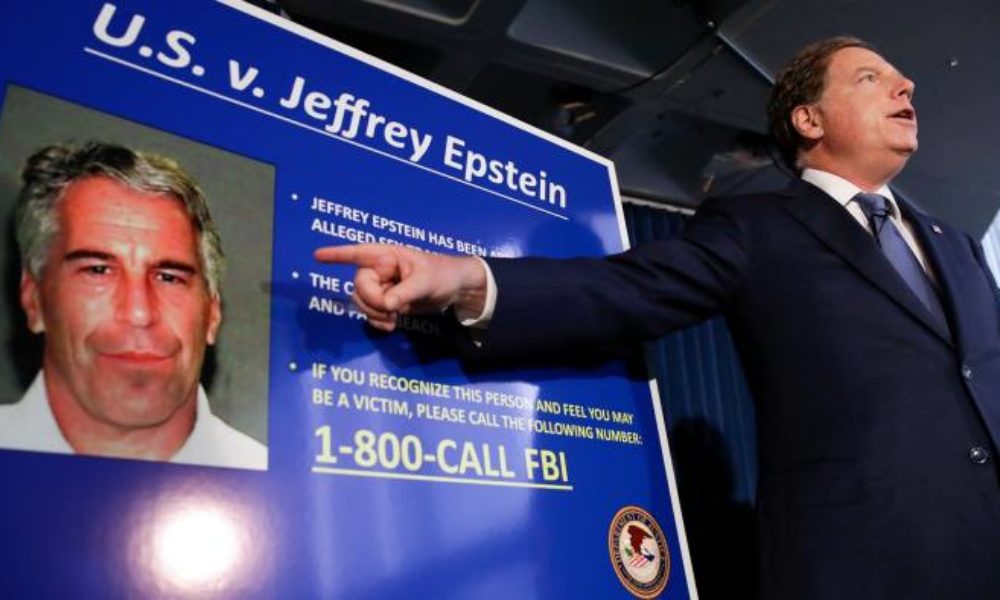 Are We Seeing The Power Elite Finally Come Down?

“The arc of the moral universe is long, but it bends toward justice.”–19th century clergyman Theodore Parker Martin Luther King popularized the quotation above as...