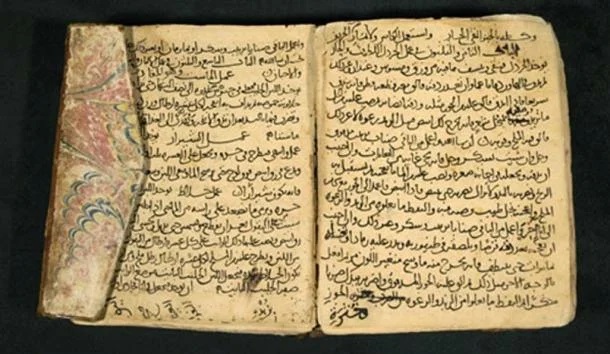 Six months ago, the world media reported that the mixture, created according to the Old English medical book of the 9th century, destroyed up to 90 percent of methicillin-resistant Staphylococcus aureus, one of the antibiotic-resistant strains of this bacterium that causes barley in the eyes. Only the antibiotic vancomycin, the main drug used in the treatment of MRSA, had the same effect.

And the drug, which was recently awarded the Nobel Prize in Medicine, would not have surprised the doctors of Ancient China.

But the plant from which this substance is obtained, wormwood (Artemisia annua L), has been used to treat fevers, including those caused by malaria, as early as the 3rd or 4th centuries.

Tu Yuyu invented a cure for malaria after reading traditional Chinese medicine texts that described herbal recipes. The path to discovery and recognition was very difficult because hundreds of plant species had to be tested. In addition, the political atmosphere in China in the 70s was difficult. But her tenacity paid off. Artemisinin has now become an important antimalarial drug.

Her story is unusual in modern medicine. However, artemisinin is far from the only substance isolated from plants. Another malaria drug, quinine, is made from the bark of the officinalis L tree found in the rainforests of South America. The pain reliever morphine was isolated from the opium poppy (Papaver somniferum L), and the poison strychnine from the tree Strychnos nux-vomica L.

These plants were used in medicine for centuries and even millennia before chemists were able to isolate their most active components.

Is it possible that physicians can discover new drugs simply by studying ancient medical treatises, as did Tu Yuyu or English specialists? The answer to this question is ambiguous. Ancient pharmacological texts in Chinese, Arabic, Greek, or any other ancient language are not easy to study for a number of reasons.

Ancient pharmacological texts are usually a list of recipes without explanation, whether they were used, and in what cases. Submit your favorite cookbook. You hardly cook all the recipes from it. If you do not make notes in it, then no one will know what recipes you tried, and so much you liked them. Commentaries are rarely found in ancient pharmacological books.

It is often difficult to determine which plants are listed in an ancient recipe. Nowadays, the Linnaean system is used to classify plants, where the genus and species of the plant are indicated. But before the Linnaean system became generally accepted, the classification of plants was extremely erratic.

Different local names could be used to denote the same plant. This means that it is not always possible to accurately determine which plants are discussed in the book. If we cannot accurately translate the names in old recipes, how can we evaluate their effectiveness?

Disease definitions also have links to local culture. This means that each nation has a different definition of the disease. For example, the ancient Greeks and Romans considered fever to be a disease, but in modern medicine it is seen as a symptom of the disease.

In the Greek and Roman texts, there are many descriptions of wave-like fever, that is, a fever that repeats every few days.

The most important aspect, according to medical historians, is that each medical system must be considered holistically. This means that it is wrong to focus only on those aspects of ancient medicine that are successful by modern standards, and brush aside everything else.

Although there are effective medicines in ancient medicine, many of them are useless or even harmful. For example, in our time, hardly anyone will dare to be treated by taking huge doses of hellebore, as the ancient Greeks did.

But even with these shortcomings, there is great potential in ancient medical books for new drug discovery. This requires collaboration between pharmacologists, historians and ethno-pharmacologists who study traditional medicine from different cultures.

Such cooperation is not an easy process, because each of the specialists feels that they speak different languages. But the great examples mentioned above remind us that the result can be outstanding, especially when looking for cures for common diseases.

In this article:pharmacology, recipe books