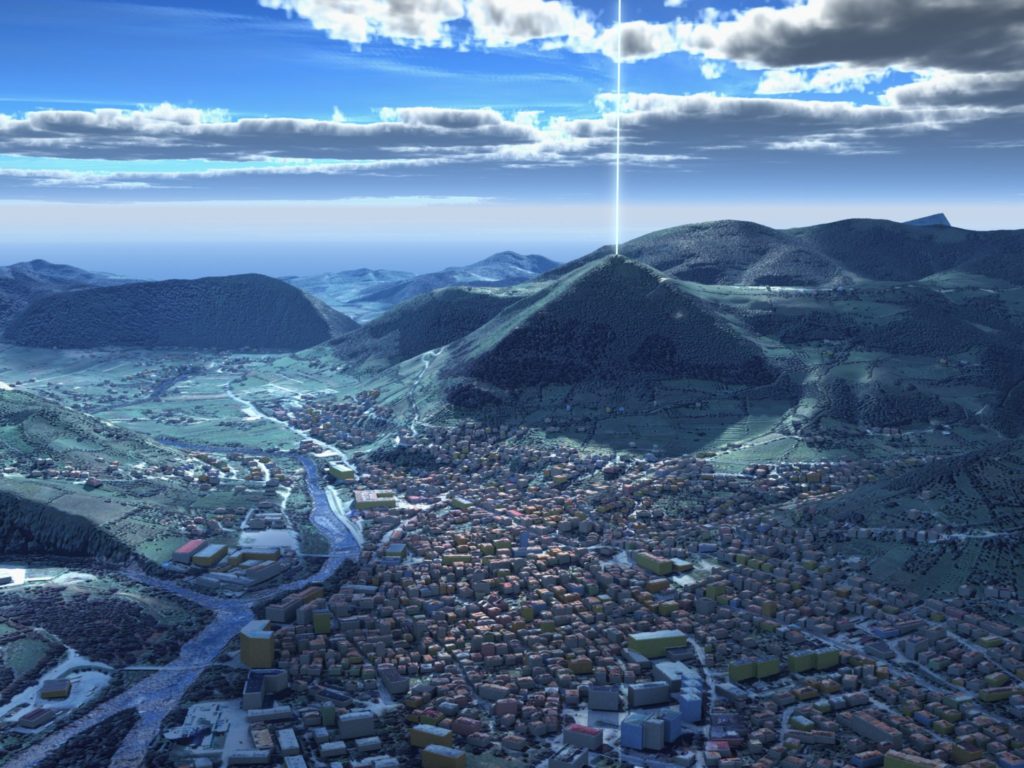 Pyramids are regarded as sacred burial places were great rulers were laid and prepared for their final sleep. There’s no applicability involved when speaking about these magnificent monuments which are scattered throughout the entire world, except for the numerous symbols pointing to accuracy towards various cosmic regions and events.
While some historians and experts were confident with the above-mentioned idea, others decided to follow a challenging road that would eventually unveil the true meaning of the pyramids, if there was indeed one.

We’re going to focus our attention on Dr. Semir Osmanagic, a Bosnian researcher who had studied these complex heritages left by our forefathers for more than 25 years. If his name doesn’t ring a bell to you, you might know him as the discoverer of the Bosnian pyramids, an ancient East European site dating back thousands of years.

Since the spring of 2005 when these grandiose structures had been found, Dr. Osmanagic has made several other mind-boggling discoveries that seem to contradict the established paradigm on various levels.

Excavations had begun back in 2006, and after more than 10 years of digging, the site has become the most archaeologically active in the world. This non-profit project gathers hundreds of volunteers. 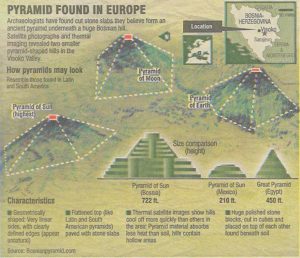 Pyramids of Bosnianteers and numerous experts from various fields each year because the exploration of these ancient vestiges offers history-shattering insights. Let’s highlight a few of them:

The pyramids from the small town of Visoko, Bosnia, are the first such monuments unearthed in Europe. This stands as no surprise, but rather as an addition to a chapter of history so far unknown to us, in a part of the world known to have been ruled by a mysterious [Vinča] civilization with a cuneiform writing system predating that of the Sumerians.

These pyramids are “the biggest, the largest on the planet,” according to Dr. Osmanagic. The “Pyramid of the Sun,” which is the largest of the three, stretches for about 360 meters on its eastern side, and 220 meters on the northern side where it meets the hills.

It’s well known that pyramids across the world were not just randomly put in place, but a series of key factors were taken into account before they had been erected. The Bosnian complex of pyramids makes no exception, as their orientation towards the cardinal points is extremely precise, with all four corners pointing in all four cardinal directions.

Below the dense layer of soil and vegetation, researchers have come across solid blocks of concrete which constitute the body of the pyramids, including remarkable stonework. Recent laser scans have revealed that these structures were stepped-pyramids in remote times before they had been covered by vegetation. 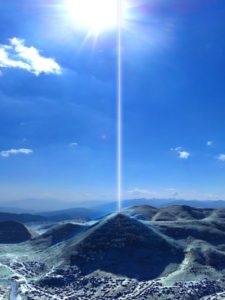 A Form of Cosmic Internet Detected at the Bosnian Pyramids Complex

While scanning the perimeter of the monuments for anomalies, researchers have detected some unusual waves described by Nikola Tesla himself. They are called scalar waves, or standing waves, and are believed to travel at a velocity billions of time (though this aspect is arguably) faster than the speed of light.

These waves are not affected by cosmic radiation or any other cosmic mass. Because of this, the idea of a “cosmic internet” has been coined, and it refers to an intergalactic network which makes it possible to communicate between extremely distant places across the galaxy in just an instant, similar to how the internet works on our planet, but on a grander level.

“For many other researchers, among which the most prominent is Nikola Tesla, scalar waves, or standing waves, created in torsion field interaction ar travelling at a faster speed than that of light,” said Dr. Semir Osmanagic. “It’s estimated to be 10 billion times faster speed than the lights. Thereby, the torsion fields can move through any cosmic body (planet, sun) without wasting energy.”

“This means they are able to travel at great velocity, transfer information and energy, and that there’s no loss of the quantity of information. Ideally is to have at both ends two producers (generators) of the energy which are mutually communicating through Tesla’s Torsion Field (waves). The information transfer is almost instant between two distant parts of the Cosmos, and the information doesn’t lose on its quality during the transfer.”

Breakthrough discoveries such as the ones at the Bosnian complex of pyramids bring into the open achievements of the ancients that counter the agreed-upon idea of primitive earth dwellers that had roamed the earth prior to the last ice age. In fact, those institutions dictating our history are scared of the explanations and revisions they would have to make if they were to glue together the pieces of history accepted today to the actual reality from remote times.

Fortunately, we’re free to explore and understand (for now) the complex and wealthy heritage left by our forefathers. If this will bring change on a global scale we are yet to discover, but one thing is certain: the years to come will provide a humongous leap in understanding our role on this earth and the intricate human nature.
More references are waiting at the bottom of this article, as well as relevant video material. If you enjoyed the material, help us by spreading the word.

More details in the following video:

In this article:Bosnian Pyramids Complex