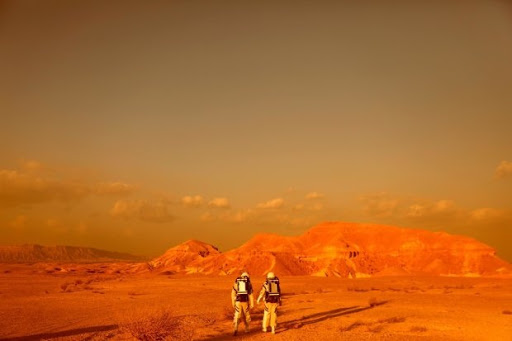 Alexandria, as the name implies, founded in 332-331. BC. by Alexander the Great. After him, during the Ptolemaic dynasty, it became the capital of Egypt and the largest port on the Mediterranean. The Library of Alexandria was founded at the beginning of the 3rd century. BC.

According to various sources, it contained from 100 thousand to a million manuscripts. Despite the fires and barbarism of fanatics, the library existed for over a thousand years! But in the VII century. AD here came the Arabs who completed its destruction.

For a long time, historians believed that the priceless treasury of ancient knowledge was irretrievably lost, but gradually, in different countries of Europe and Asia, historical documents began to appear, obviously once belonging to the library. Its curators, people very educated at that time, could not help but see the threat to the treasury from religious fanatics and took measures to save the manuscripts.

Secretly from the rulers of the guardian caste, with the help of numerous scribes, they made copies of the most important historical documents, and sent the originals in small batches to other countries. According to some reports, some of the manuscripts even settled in the monastic libraries of Tibet.

Echmiadzin, the seat of the head of the Armenian church, became one of the centers for storing ancient manuscripts. Gradually, Matenadaran, a storage center for ancient scrolls, was formed in Armenia. On December 17, 1920, after the establishment of Soviet power in Armenia, Matenadaran was declared a national treasure. In 1939, the authorities moved the storage facility to Yerevan, and in 1960, it was placed in a specially built building.

In 1939, among the persons appointed responsible for transporting manuscripts to Yerevan from the Catholics’ residence was Viktor Harutyunyan, a young historian from Moscow, who was actually an employee of the NKVD. Victor’s diary, which he kept at that time, tells about further events.

In particular, it says that during a cursory examination of the scrolls, in one of them, Harutyunyan was amazed to find a map … of the surface of Mars! Moreover, a circle was drawn around Mars with a circle depicted on it, undoubtedly indicating the satellite of the planet!

Stunned by the discovery, Victor acted like a boy: he carefully removed the card and hid it in his bosom, hoping to show it to his school teacher and then return it to its place. Unfortunately, the only map sheet provided very little information. The text was in Latin and appears to have been a late translation of an ancient Egyptian text. The most important thing was missing in it – who made the map and when?

Although optical lenses were already known in ancient Egypt, even Galileo could not see the satellites of Mars through his telescope. This could not be done in the 19th century and at the Pulkovo Observatory, the largest in Europe. It took the latest 26-inch telescope of the US Naval Observatory to find them in 1877. But there was only one satellite on the map found by Victor!

Unfortunately, this incredible story was left without a continuation. Victor forwarded the map to the Armenian Academy of Sciences indicating where it was taken from. Then the war, he went to the front, where he disappeared without a trace. After the war, no information about the amazing map and about the manuscript from which it was taken was published. Most likely, it remains in the Matenadaran archive.

Indirect evidence of the existence of the unique document is that the Explanatory Dictionary of the famous Georgian scientist and writer Saba Orbeliani (1658-1725) contains a mention of the satellite of Mars and even indicates the radius of its orbit – 24,019 km (modern meaning 25 459 km).

It is possible that Orbeliani visited Echmiadzin cathedral and got this information from an ancient manuscript kept there. In any case, it is worth looking for it, although it is a rather difficult task: at the time of its move to the new building, the Matenadaran’s funds contained about a thousand ancient manuscripts, 1,850 fragments, 2,000 pages from various books and about 200,000 documents on the history of the countries of the East. it seems though, that the secret of the map of Mars is worth the most painstaking and laborious efforts.

In this article:Library of Alexandria, map of Mars