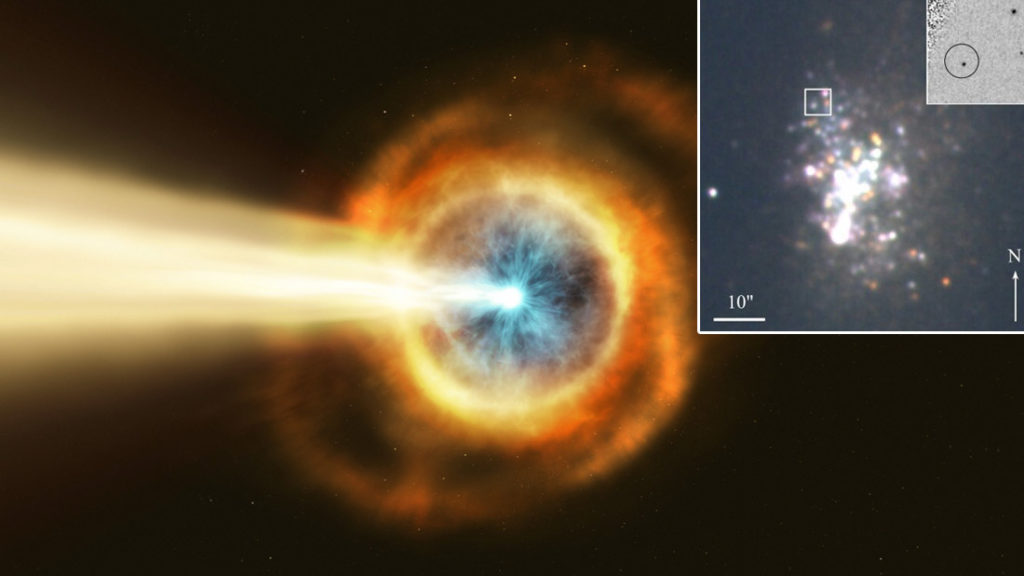 Intriguing ultralight source of X-rays, one of the brightest ever seen. It comes from a galaxy of the Draco constellation.

The ultraluminous X sources were discovered in 1980 with the Einstein space detector. The X-rays currently detected come from a galaxy located 14.8 million light years from Earth. This type of radiation has been quite mysterious to astronomers because it is extremely bright.

These astronomical systems ULEX, for its acronym in English, UltraLuminous X-ray source, have a brightness level of more than 10 raised to 39 erg per second (Ergis are units of measure of energy). The galaxy is called UGC 6456, and, interestingly, it is found in the constellation Draco (Dragon), a constellation object of legends and mythology.

The study was conducted by Russian astronomers. These electromagnetic emissions are less luminous than a galactic core, but shine more than any process of formation or evolution of stars.

The group of astronomers is led by Alexander Vinokurov, from the Special Astrophysical Observatory, located in Nizhnij Arkhyz, Russia. The study presented says:

We present preliminary results of a study of the ultra-bright X-ray source UGC 6456 ULX. (…) To identify an optical counterpart of UGC 6456 ULX, we use archive images of the Chandra X-Ray Observatory and HST.

The UGC 6456 galaxy is listed as a compact blue dwarf galaxy and is one of the closest to our Milky Way. Its UGC 6456 ULX source, or ultralight X-ray source, has mysterious properties, which they had not been studied in detail.

Among the brightest ever observed

The emissions of UGC 6456 ULX have brightness changes of more than two orders of magnitude with a maximum value of 17 erg duodecillions per second in the energy range of 0.3–8 keV (electron volts).

A duodecillón is a very long numerical scale equivalent to a 10 followed by 72 zeros! An electron volt is a unit of measurement that represents the energy per motion that an electron experiences.

The magnitude of this source in its bright state is exceeded by an amount of -7.6. That makes her one of the ultraluminous sources of X-rays brightest ever discovered in the optical range.

The study presents a correlation between X-ray flows and optical (observable) flows in UGC 6456 ULX. This could indicate that the emission of optical light is produced by the X-ray re-processing in the outer parts of the so-called «Optically thick wind».

The detection of many hydrogen and helium emission lines could relate to the wind that emerges from the powerful and dynamic accretion disk. This disk is a structure full of powder and cosmic gas that forms around a central object.

More details are expected with the following observations of this ultra-light source of X-rays. The light and energy changes of this system are similar to that of another known source, the so-called NGC 7793 P13, which has a neutron star.

The scientific study has been published on the pre-print website arXiv.org.