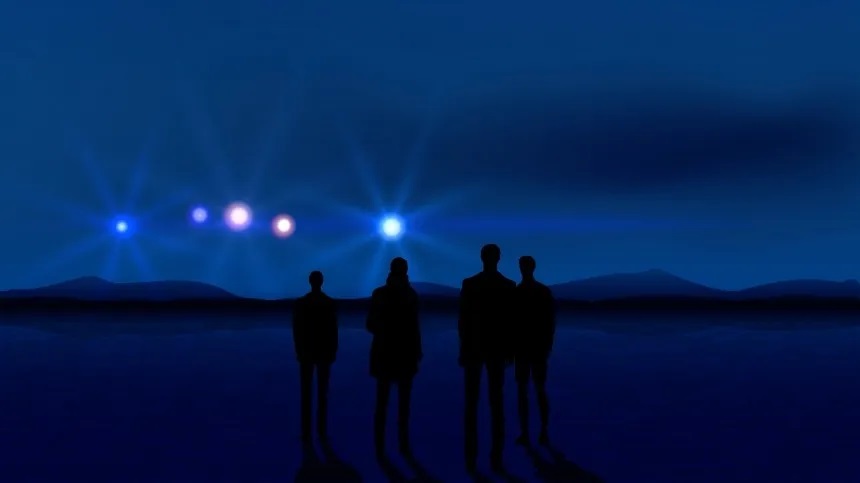 For the first time in history, NASA agreed that UFOs – “Unidentified Aerial Phenomena” (UAP), as it is now customary to call mysterious craft scurrying in the Earth’s atmosphere – in its lower and upper layers, really exist. And they made a commitment to take care of them.

The historical turn – the giant leap, as it is called, commemorating the first man’s step on the moon, occurred against the backdrop of increased interest in UFOs and after the recent public hearings in the US Congress on these same UAPs. Congressmen questioned Deputy Director of Naval Intelligence Scott Bray and Under Secretary of Defense for Intelligence and Security, Ronald Moultrie. A little earlier before that, a law was passed that obliged the US government to create a working group to study a potentially dangerous phenomenon.

The Pentagon responded to the “threat” last year. Following the US Navy, they created a special unit – the Unidentified Aerial Phenomena Task Force – UAPTF.

Now NASA has decided to officially join some of whose specialists dealt with the problem, as they say, on a voluntary basis and on their own initiative. The agency promised to assist the military and conduct research as part of its own project.

The congressional hearings and the emergence of a special law were provoked by numerous stories of naval aviation pilots, and most importantly, sensational footage, which depicted strange objects “captured” by fighter radars.

For several years, the footage circulated on the Internet was somehow mysteriously leaked. And in the spring of 2020, the US Department of Defense has already posted these videos – three of them – on its website and recognized them as genuine.

According to the testimonies of pilots, technicians, operators of ground-based radar installations, and simply sailors who were on board aircraft carriers, objects in diameter reached 15-20 meters, then flew rapidly, then hovered, quickly soared to a height of 10 kilometers without any visible engines and jets, changed their trajectories with accelerations from 100 to 1000 g. This is absolutely impossible for human pilots if people, like us, controlled these objects.

Sometimes the craft were hidden under water. They emerged from under the water without any air turbulences or shocks, which usually accompany aircraft breaking the sound barrier.

“Aliens are not the only explanation for strange phenomena in the sky,” insists Karen Fox, spokeswoman, NASA spokeswoman.

And she adds that it is too early to draw scientific conclusions about the nature of UAPs – there are not enough high-quality observations.

However, an anonymous source within the agency claims that NASA is serious about looking for extraterrestrial life here on Earth.

“They just decided to focus a little closer to home this time,” adds the connoisseur.

That is, the specialists of the US space agency do not reject the idea of ​​alien intervention in the phenomenon.

The head of NASA, Bill Nelson, after talking with the pilots who were chasing objects and catching them in sights, somehow mentioned:

Who am I to say that planet Earth is the only habitat for such a civilized and organized form of life as ours?

Another U.S. government source says NASA will most likely start collecting testimonials from astronauts – first from those who have seen UFOs in space. They will view videos and data from multiple missions.

It is already known that both the Pentagon and NASA admitted that astronauts have seen UFOs several times and recorded what they saw. Specialists from both departments requested archival footage taken by cameras equipped on shuttles and other spacecraft.

Some data has been declassified. For example, filming and recordings made on board the Skylab-3 space station in 1973.

Station Commander Alan Bean wrote in the logbook back then:

Through the window, we saw a bright red light flashing with a period of 10 seconds … The object became brighter and drifted with us for 20 minutes or more … Then it disappeared over the horizon … It was the brightest object we saw.

Skylab 3 crew member Owen Garriott took pictures, thanks to which experts calculated that the red object was about 200 meters long.

Gemini VII astronaut Jim Lovell reported to Mission Control about a large object he saw next to the launch vehicle. He confirmed several times that he actually observed something completely unexpected.

NASA treats any evidence with full responsibility – they recalled Buzz Aldrin, the astronaut of the Apollo 11 spacecraft that delivered the first people to the moon. He said that he saw a light in the porthole, which moved along with the ship.

The “testimony” of Edgar Mitchell – the sixth man on the moon is also under the microscope. Mitchell believed in aliens and claimed that a “clique of insiders” hides the historical findings of the UFO crash in the United States in 1947 as well as contacts with aliens.

Advertisement. Scroll to continue reading.
In this article:aliens among us, Nasa, US Congress 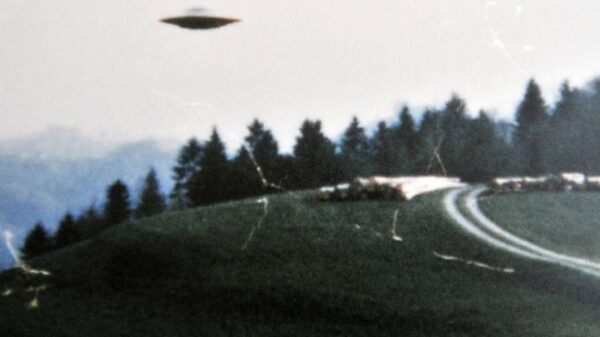