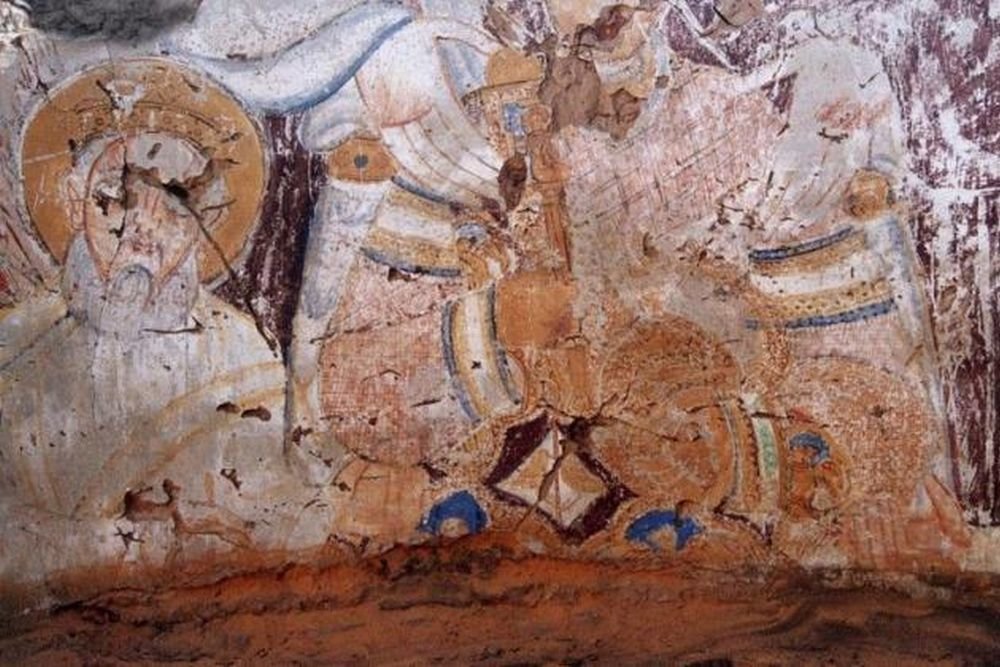 Polish archaeologists working in Sudan discovered the remains of a medieval church with frescoes preserved inside, which depict seven planetary deities.

According to Nauka w Polsce, the remains of the temple were discovered in a place called Banganarti. The frescoes depict apparently archangels. However, the images are made in accordance with ancient pre-Christian traditions, namely in accordance with the symbolism leading its history from Mesopotamia.

“This church has an unusual layout,” says archaeologist Magdalena Laptas. “In the eastern part, it is decorated with frescoes with seven planetary deities. It is unique not only for the Nile Valley, but also for Christian architecture in general.”

The ancient author probably wanted to depict the seven archangels. The biblical plot associated with the archangel Raphael is traced in the image. For example, the Book of Tobit describes how Raphael took the form of an ordinary youth and helped along the righteous Tobiah. Only at the end of the journey did he admit: “I am Raphael, one of the seven angels who offer the prayers of the saints and ascend before the majesty of the Lord.”

However, the ancient master portrayed the Christian archangels in the form of seven planetary deities, who were revered by the Sumerians from ancient Akkad and Babylon. As gods, they worshiped seven planets visible to the naked eye – Mars, Mercury, Jupiter, Venus, Saturn, the Sun and the Moon. The last two celestial bodies, as we understand now, the Sumerians mistakenly attributed to the number of planets.

The seven planetary deities in Mesopotamia were the main gods of the pantheon. Temples were dedicated to them, ceremonies were held in their honor. It was then that the belief arose that the position of the planets in the sky at the time of the birth of the child determines his future fate. Then the common expression appeared: “he was born under a happy star.”

The exact age of the frescoes in the found church has not yet been established. Some evidence suggests that images appeared in the 14th century. According to scientists, the temple could operate throughout the existence of the city of Banganarti. It was an important Christian center on the territory of Nubia from the VI to XIV centuries. The powerful kingdom of Makuria was located there, which for a long time rebuffed the invasion of the Arabs.

“Archangels were also considered to be the guardians of people from birth to death, after which they became their guides in the afterlife,” says Dr. Laptas. “Thanks to their wings, they could soar freely in the sky. The similarity of archangels to planetary deities is evident even in their ability to control elements, as described in the “Apocalypse” of St. John. The sound of the trumpet of each of the seven archangels caused cataclysms. “

Advertisement. Scroll to continue reading.
In this article:planetary deities, Sudan 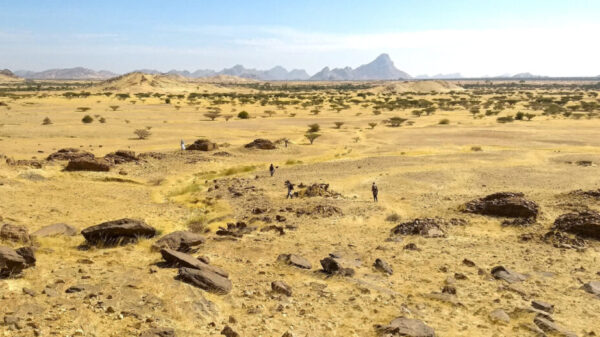 Like galaxies: Thousands of ancient galactic tombs found in Sudan

Experts used the Neumann-Scott model to study ancient tombs. They were able to establish that they were built taking into account the same principles that...