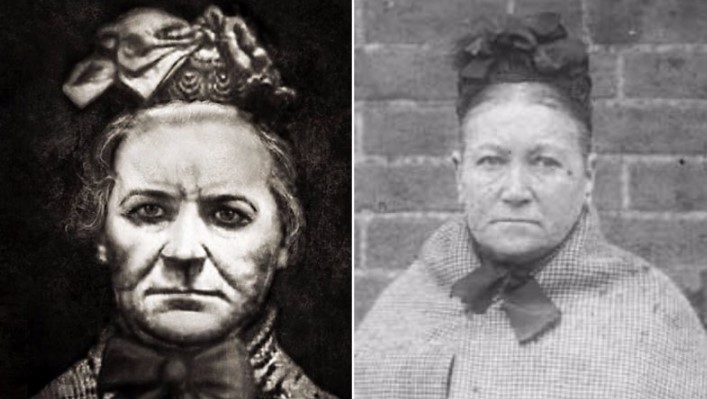 Amelia Dyer was a ‘baby farmer’ by trade, someone who, for a fee, would look after children, usually illegitimate, until a home could be found for them.

Unmarried mothers in Victorian England often struggled to gain an income, since the 1834 Poor Law Amendment Act had removed any financial obligation from the fathers of illegitimate children, whilst at the same time trying to bring up their children in a society where single parenthood and illegitimacy were very much stigmatised.

This led to the practice of baby farming in which people acted as adoption or fostering agents, in return for regular payments or a single, up-front fee from the babies’ mothers.

Many businesses were set up to take in these young women and care for them until they gave birth. The mothers subsequently left their unwanted babies to be looked after by these people and often ended up in workhouses themselves. Unscrupulous carers often resorted to starving the farmed-out babies, to save money and even to hasten death.

Emelia Dyer was born in 1837 and raised in Bristol to respectable parents and trained as a nurse before deciding that ‘adopting’ illegitimate infants was a more lucrative career.

In 1879 she was sentenced to six months’ hard labour after being found guilty on a charge of neglect. A doctor had become suspicious of the number of infants who had died while in Mrs Dyer’s care and had reported the matter to the authorities. On her release she spent several periods in mental institutions before resuming her child-care activities.

In 1895 at the age of 58, she moved to Kensington Road, Reading and began advertising for babies to look after. It was not long before small bodies were being fished out of the Thames.

On the 30th of March of 1896, a bargeman recovered the corpse of 15-month old Helena Fry from the river Thames at Reading. Helena’s body was wrapped in a brown paper parcel which had the name of a Mrs. Thomas and her address on it – Piggott’s Road Lower Caversham. Mrs. Thomas was one of Mrs. Dyer’s aliases.

It took the police some time to trace Mrs. Dyer as she had already moved on, changing her address quite frequently and also using various aliases. In the meantime, a Cheltenham barmaid, 23 year old Evelina Marmon, had answered a newspaper advert from a “Mrs Harding” seeking a child for adoption.

Under the premise of adopting them into loving homes, Amelia Dyer murdered over 300 babies.

She met “Mrs Harding” and paid her a £10 fee to take her four month old baby daughter Doris on the 31st of March 1896. She felt comfortable with the arrangement as “Mrs Harding” appeared to be a respectable and motherly person. The following day Mrs. Dyer “adopted” another child, Harry Simmons.

The police finally located Mrs. Dyer, who they kept under surveillance for several days before mounting a “sting” operation using a young woman to pose as a potential customer. She was arrested on April the 4th, 1896 when she opened the door to the person she thought would be this customer only to find two policemen standing there.

She made two attempts to commit suicide in Reading police station. She came to trial before Mr. Justice Hawkins at the Old Bailey on the 21st and 22nd of May 1896 charged with Doris’ murder in the first instance, so that if she was acquitted, she could be tried for another.

This was standard practice until recently in cases of multiple murder. Miss Marmon identified Mrs Dyer in court as “Mrs Harding”. The defence tried to prove insanity but failed to convince the jury who took just 5 minutes to find her guilty.

Although there was strong evidence of her dubious sanity, her crimes were also appalling and the jury seemed to give far more weight to that aspect. Mr. Justice Hawkins sentenced her to death.

During her three weeks in the condemned cell, she filled five exercise books with her “last true and only confession.” In a compassionate move the authorities removed her from Newgate for a few hours so that she would not have to hear the hanging of Milsom, Fowler and Seaman the day before her own execution.

The chaplain visited her on the evening of the 9th and asked her if she had anything to confess, she offered him her exercise books saying “isn’t this enough?”

She was hanged the following morning on the 10th of June 1896 by James Billington,at precisely 9am, becoming at 59, the oldest woman to be executed since 1843. Asked on the scaffold if she had anything to say, she said “I have nothing to say”.

Her ghost was said to haunt Newgate prison prior to it being demolished in 1902. No one will ever know the exact number of her victims but at the time of her arrest, she had been carrying on her trade for 15 to 20 years. It is believed she may have murdered as many as between 200 and 400 babies in all.

In this article:multiple murder, Victorian England