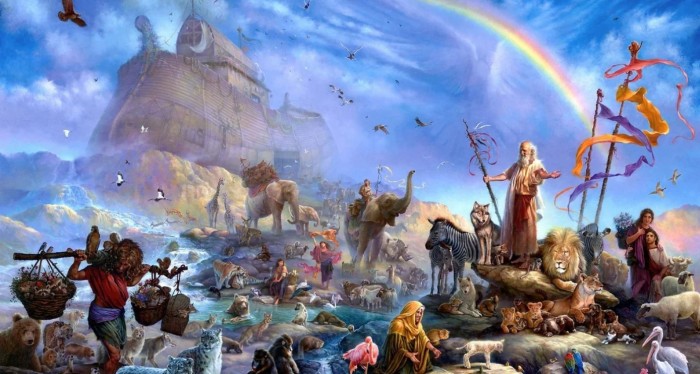 If you think that there was only one great flood in the history of mankind, you are greatly mistaken. There are at least 200 different myths and legends about how water washed away everything in its path.

Surprisingly, in most stories, the cause of the flood is divine intervention. That is, different Gods have repeatedly tried to exterminate all evil and left only a handful of good people who were supposed to revive life on Earth.

This legend came from the mountains from the south of Chile. According to it, there were once two giant snakes – Trentren Vilu and Caikai Vilu. The god of water and the god of earth constantly fought each other. But in the end, after Caikai Vilu flooded most of the Earth, Trentren Vilu defeated it. Of course, there were some losses. But now, off the coast of Chile is a huge number of islands. 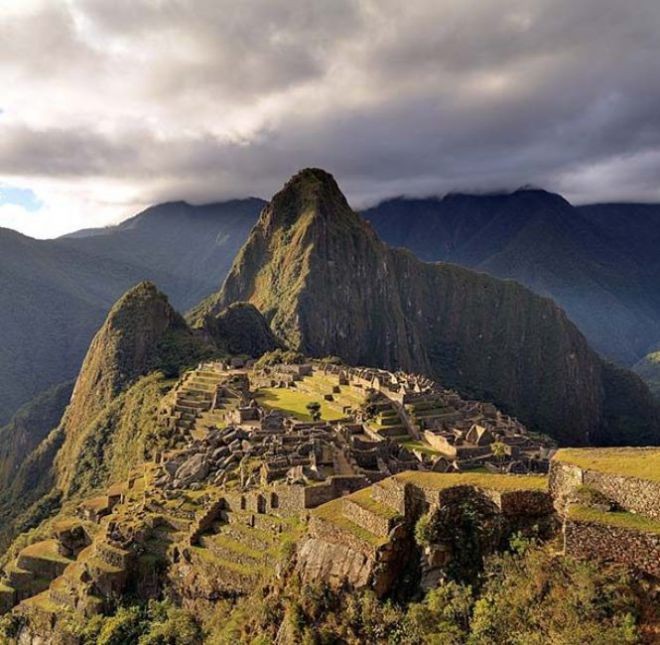 According to the Inca myth, the god Viracocha created a race of giants, but then he was forced to kill all people, because they became unpredictable and uncontrollable.

3. The myth of Deucalion 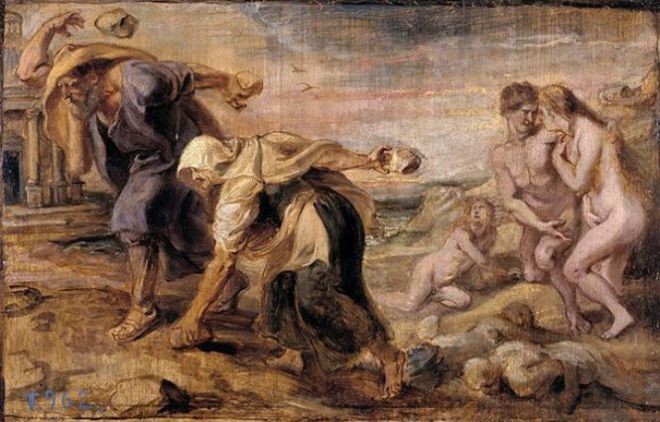 Deucalion was the son of Prometheus. When Zeus decided to destroy humanity for greed, anger, disobedience, Deucalion begged him to have mercy. But God was determined. Then Deucalion, on the advice of his father, built an ark in which he could feel safe during the attack of the water element. As a result, most of humanity was destroyed. Only Deucalion, his wife, and those who managed to get to the mountains before the flood managed to survive.

4. The Bloody Flood of Väinämöinen 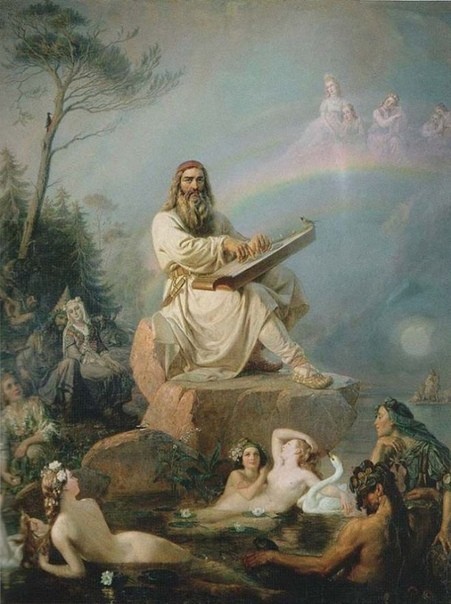 This hero of Finnish mythology was the first to build a boat. After the devil hit him with an axe, the world was buried in the blood of Väinämöinen, and the hero on his own ship went to the lands of Pohjela, where a new page in the history of mankind began. 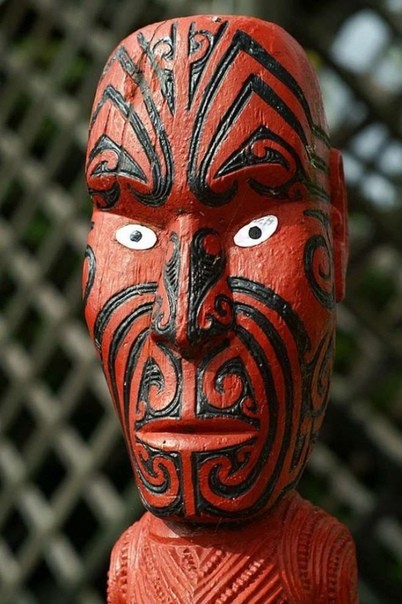 In mythology, the Maori Tauhaki caused a flood to destroy his envious and greedy half-brothers. He warned all civilians about the danger and sent them to Mount Hikurangi. 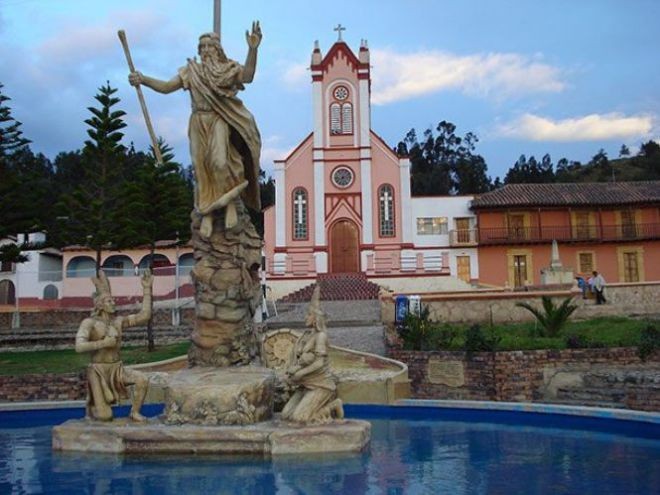 According to one South American legend, a man named Bochica arrived in Colombia and taught people to take care of themselves on their own, without relying on the will of the gods. He spent a lot of time on help, and his wife did not like it at all. Guyhaka began to pray to the god of water that he would flood the earth and kill all of her rivals. God Chibchacun heard her prayers, but Bochica, climbing the rainbow, with the help of a golden scepter, managed to cope with the elements. Having directed water to safe channels, he managed to save some people, but many still died. 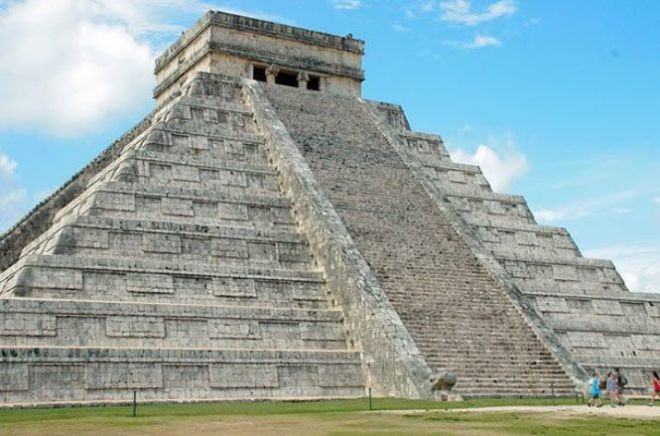 According to Mayan mythology, Huracan, who was subject to winds and storms, caused a flood to punish people who angered the gods. After the flood, seven people were engaged in the restoration of life on Earth – three men and four women.

8. History of the Cameroon Flood 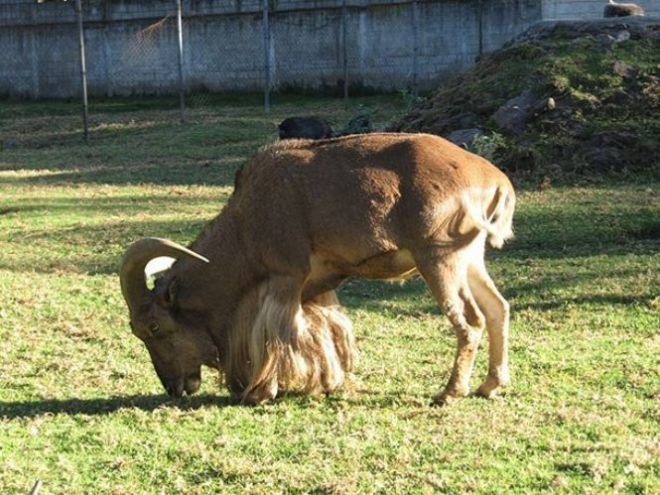 According to legend, the girl was grinding flour at the moment when a goat approached her. The animal wanted to profit. The girl first drove her away, but when the goat returned, she allowed her to eat as much as she wanted. For the kindness shown, the animal warned the girl about the impending flood, and she and her brother managed to escape. 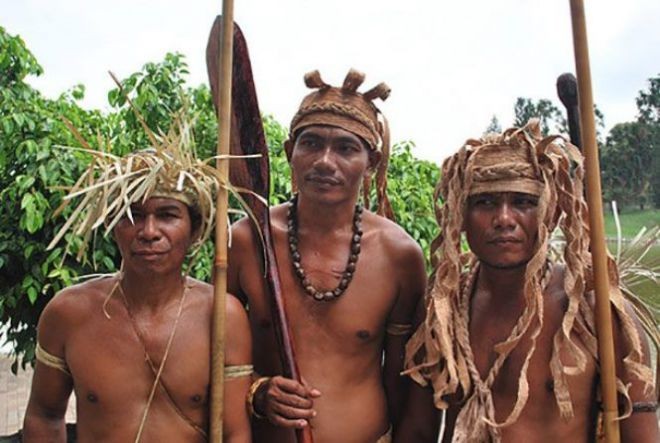 The Teman people have a legend about how their ancestors died due to the fact that they angered the gods. Only one pair managed to survive, who managed to climb a tree in time. 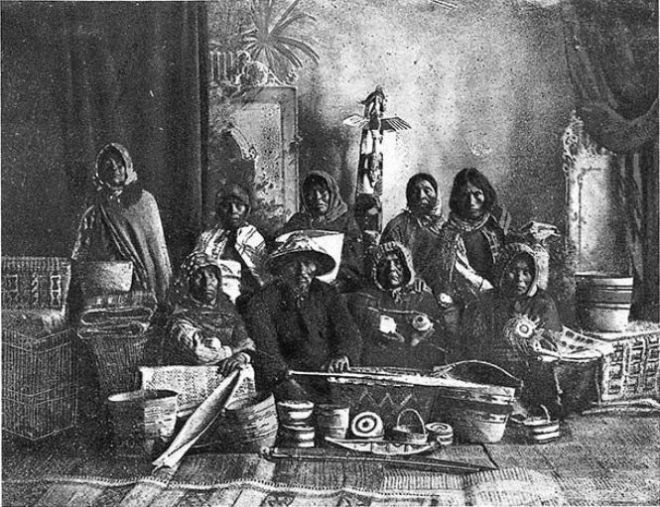 In one myth of the Indians, the Puget Sound tells how the population grew so much that people, having eaten all the animals and fish, began to destroy each other. Then a flood was sent to them. Only one pair survived, and they created a new race. 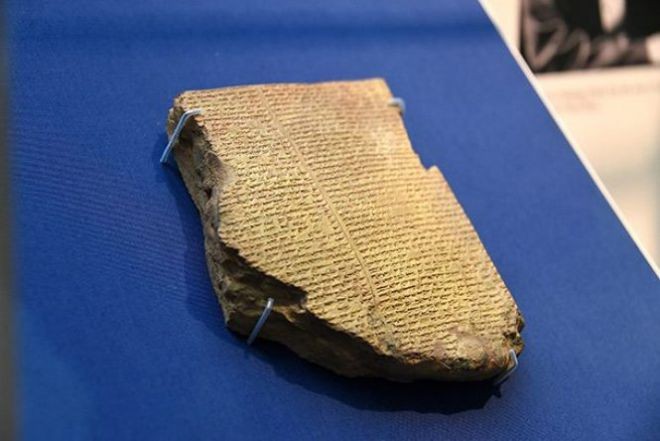 The Sumerians had a chance to survive several floods. One happened due to the fact that the noise created by people did not allow the gods to sleep. Only God Enki took pity on humanity. He warned Zizudra, who managed to build a ship and transported some people to a safe place on it.

12. The flood in the epic of Gilgamesh 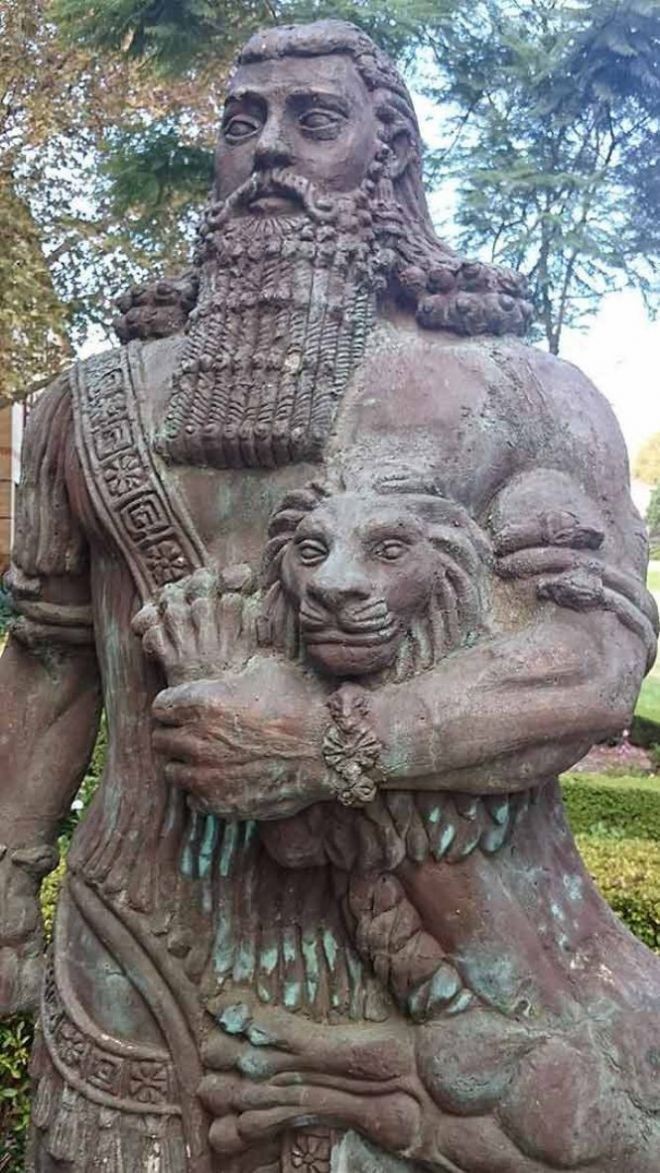 Another Sumerian story. Gilgamesh sought the secret of eternal life and met Utnapishtim – a man who recognized this secret. As it turned out, God Enil awarded him immortality because he, having learned of the impending flood, built a boat, loaded his family on it, all his wealth, seeds and set sail. When the flood ceased, he descended on Mount Nisir, where he began to create a new civilization. 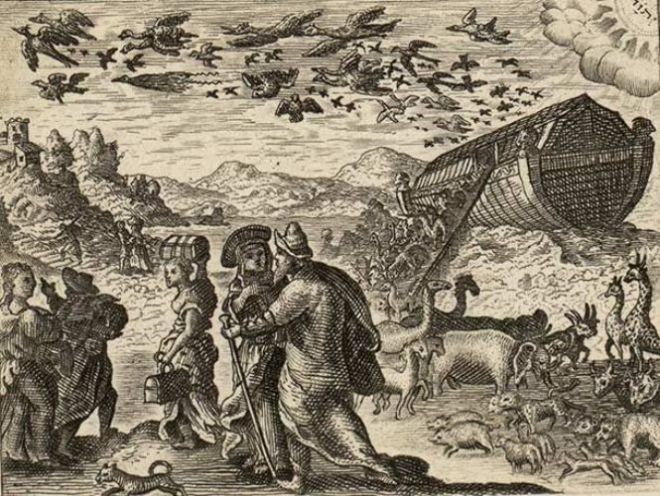 This is the most famous story. People became so evil that God decided to destroy civilization with water. But Noah was instructed to build an ark and assemble his family on it and a pair of each type of animal. The ship sailed for a very long time until an omen appeared in the sky – a rainbow signified the end of the flood.

14. The myth of the Eskimo flood 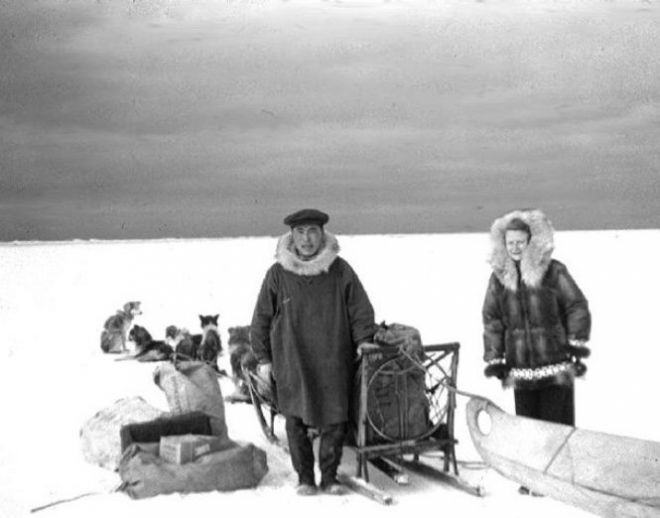 According to legend, water flooded the whole earth. People ran on rafts and huddled together to warm themselves. Salvation was the wizard An-ozhuy. He threw his bow into the water and ordered the wind to subside. After the abyss swallowed his earrings, the flood stopped.

15. Vainabuzh and the Great Flood 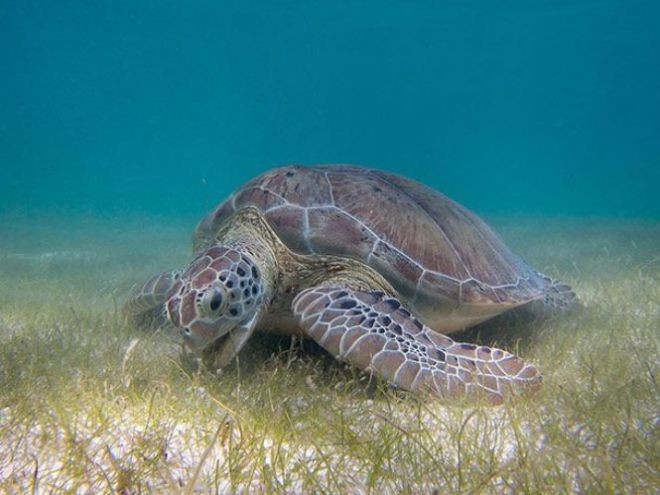 When the world plunged into the darkness of evil, the Creator decided to cleanse the earth with a flood. One of the surviving men was called Vainabuzh. He built a raft for himself and animals and swam, waiting for the end of the flood. But the flood did not stop, then he sent the animals in search of the earth. When Vainabuzh was holding a handful of dirt in his hands, he laid it on the back of a tortoise, which increased in size and became a new world. 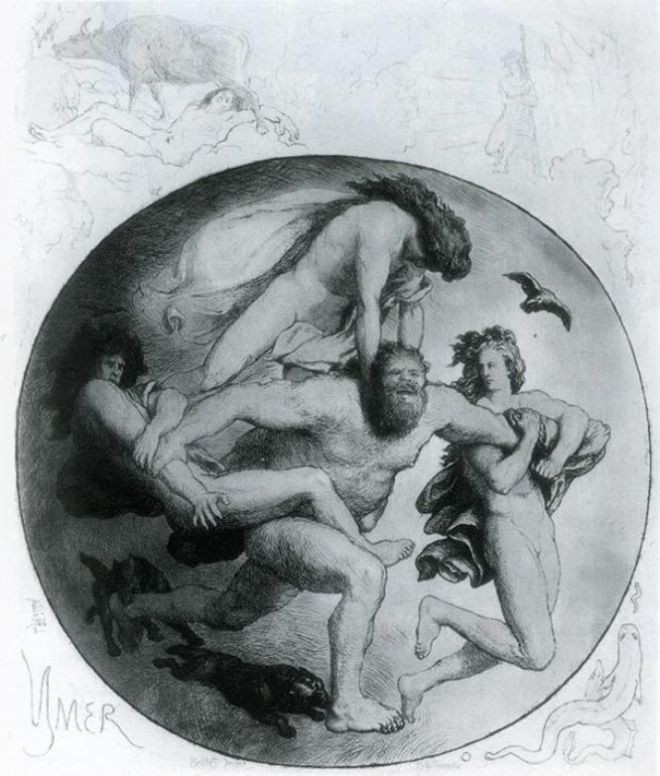 In ancient Norse mythology, the sons of Borr killed Imir. There was so much blood that it flooded the world, and the whole race of giants perished. Only Bergelmir and his relatives managed to escape and give life to the new history of the Etuns.

With the help of magic mud, a turtle and a dragon, Yu managed to redirect the waters of the Great Flood to canals, lakes and tunnels. So he saved the Chinese empire from destruction.

18. The story of the Korean flood 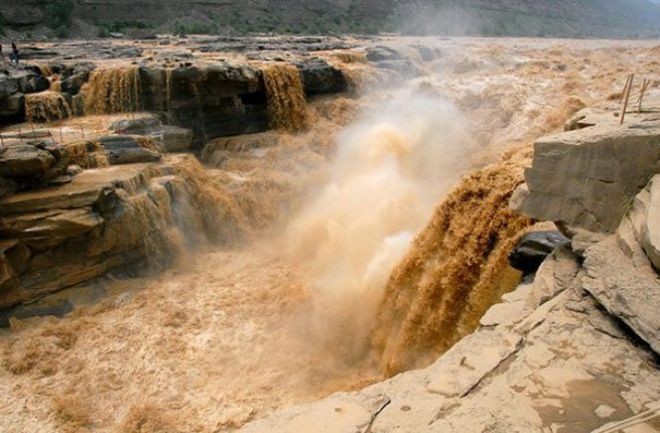 According to the old Korean myth, a fairy was born to a fairy and a laurel tree. The fairy went to heaven when the boy was small. During the flood, the laurel tree told his son to recover to wander the water. The boy managed to save another boy and grandmother with two granddaughters. All other people died from the flood, but these two couples managed to revive life on earth. 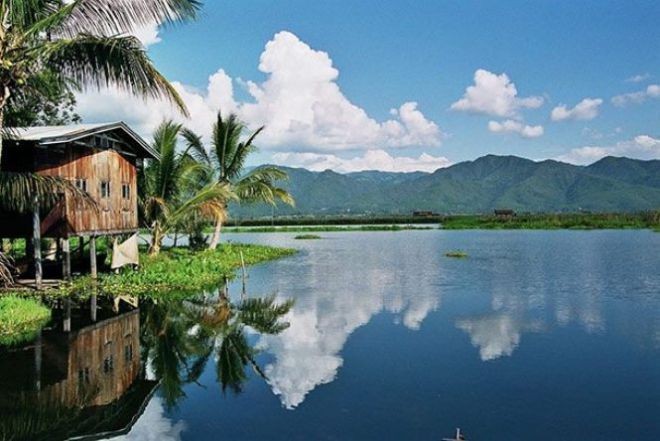 During a great flood, a man named Popou Nan-chown and his sister Changko managed to escape on a boat. They took nine roosters and nine needles with them. Every day after the rain stopped, people threw overboard a cock and a needle to check if the water was sleeping. Only on the last, ninth day, the rooster began to sing and you could hear the needle hit the rock. Then the couple came down to earth. 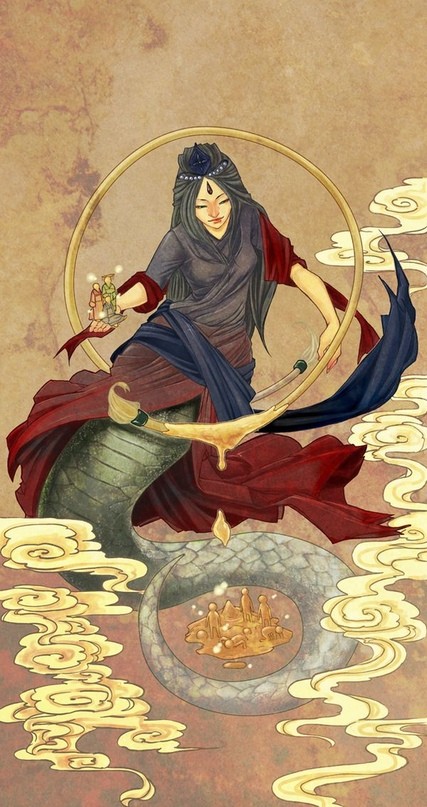 This goddess from Chinese mythology saved the world during the flood by collecting colorful stones, melting them and covering holes in heaven through which water poured on the earth. After this, Nüwa chopped off the legs of a huge turtle and placed a firmament on them.

In China, there is an ancient legend, which states that all human beings, including the Chinese, were created by Nuiva. The first people created by Nuiva from the mud were the same as puppets – toys without life, thoughts and movements. Nuiva was dissatisfied with this, and decided to breathe her magic breath into these puppets and give them a soul. Thus, they became living human beings.

But these people lacked wisdom, as well as the ability to survive in harsh conditions. They did not know how to control their emotions and had no idea what was happening in their environment. They had no logic or worldview, and they were very vulnerable. When the first people became extinct, Nuiva had to make another group of people. This extra work was very tiring and took a lot of time.

Nuiva has given human beings wisdom. The goddess created musical instruments for them, taught music, songs and dances. And then people became able to express their feelings through singing and dancing. Since then, they have been able to control themselves and enrich their lives.

To continue the human race, Nuiva created a concept such as the relationship of the sexes, so that man and woman live together and give birth to children, who would be the next generation of people.

Gradually, people came to understand how to behave and live in harmony with themselves and nature. Human history, culture, and other aspects of life began to develop and gradually spread. Gradually, their primitive life became more versatile, and people moved on to a more civilized way of life.

In the West, they speak of a similar story: God created Adam and Eve – the progenitors of mankind. Based on eastern and western myths, we can talk about a common idea: people were created by God. 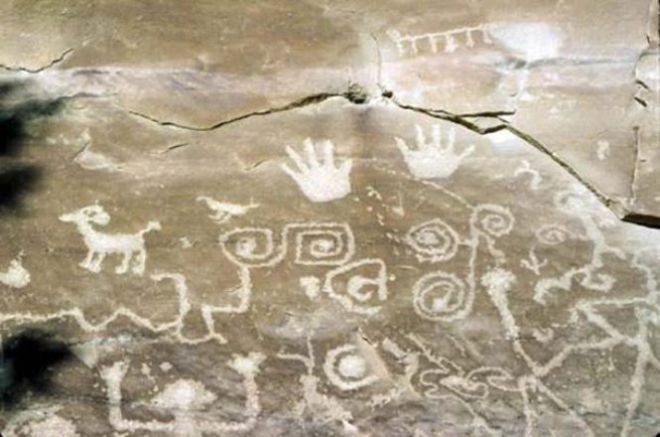 The Hopi tribe has a myth about a spider woman who weaved a giant web so that people could escape from the flood on it. 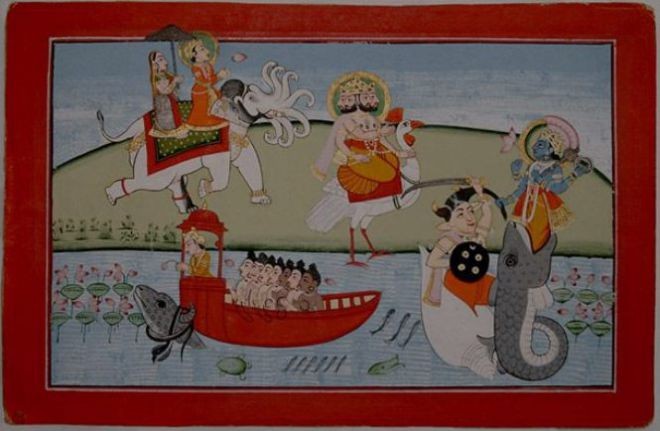 A fish sailed to Manu and asked him to save it. He placed it in a jug, in which the fish soon started grow bigger. Then Manu carried it into the river, but it continued to grow. Only when it was in the ocean did the fish discover itself as Vishnu. God warned Manu about the flood and ordered him to build an ark on which all kinds of plants and animals would be saved. 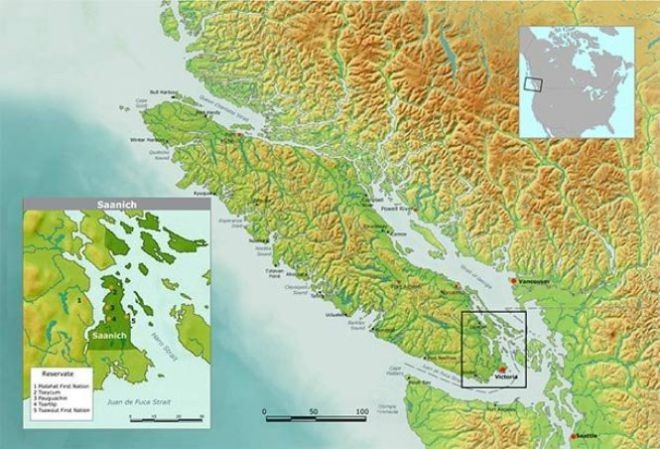 Local residents were sure that if you follow all the rules of the Creator, you can receive a blessing. But once, people disobeyed the teachings, for which they were punished by the flood. 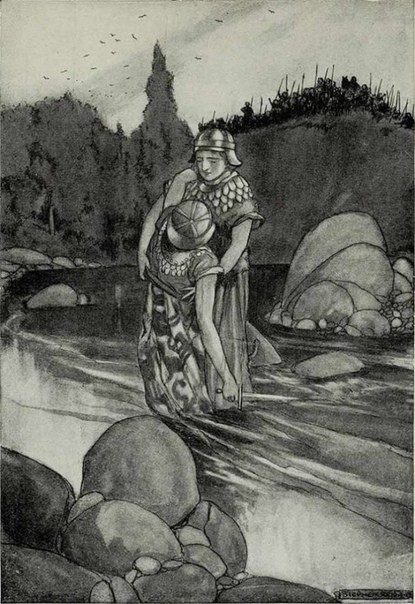 A monster called Afanc sent a great flood to the earth. Only one couple survived who survived on the ship.

25. Kenesh and the Comox people 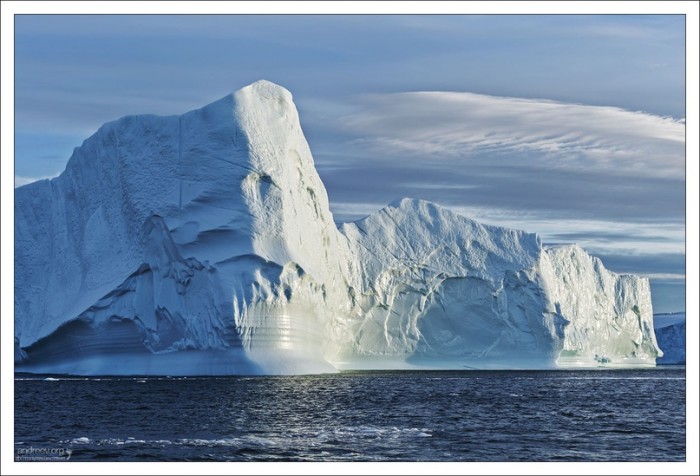 The Comox people have a story about an old man who warned of a flood, coming in dreams. Collectively, people built a canoe and prepared to escape. The rain began right on time – as the old man predicted. Water was arriving. Suddenly, like a huge white whale, a glacier appeared. Soon after, the flood ceased.

In this article:divine intervention, great floods