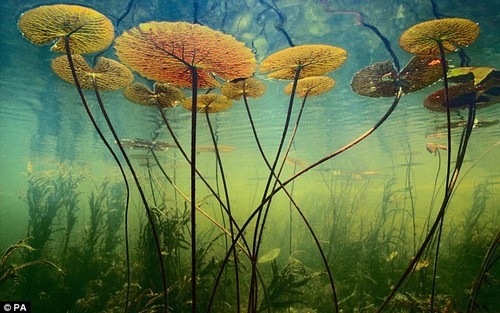 Plants are very much alive. Not only do they dislike human noise but they also posses the capacity to learn and communicate.

Perhaps even more astonishing is that plants can also make music.

Have you ever heard the incredible music of the plants?

Plants can actually sing and compose music and listening to it is truly beautiful and relaxing!

Ever since 1975, researchers at Damanhur, in northern Italy have been experimenting with plants, trying to lean more about their unique properties. Music of the plants is beautiful and relaxing.

Researchers use devices which they have created to measure the re-activity of the plants to their environment. The devices judge the plants’ capacity to learn and communicate.

Using a simple principle, the researchers used a variation of the Wheatstone bridge, an electrical circuit used to measure an unknown electrical resistance by balancing two legs of a bridge circuit, one leg of which includes the unknown component.

This device has 3 fixed resistances and 1 variable one. Electrical differences between the leaves and the roots of the plant are measured. These differences can then be translated into a variety of effects, including music, turning on lights, movement and many others.

There is no danger to the plants as the researchers use very low intensity electrical currents.

Researchers state that every living creature whether animal or plant, produces variations of electrical potential, depending on the emotions being experienced at the time.

The music starts at around 2:11. Credit: www.damanhur.org

The plant send impulses to the midi-instruments.
The midi-signal goes to a midi-thru-box and from there to the software

The device that takes the measurements is a tool from damanhur called U1.

The plants have the most sensitive variations when they signal the arrival of the person who cares for them, when being watered, when spoken to, during the creation of music, etc.

Sensations felt within the plant induce a physiological reaction, which then expresses itself in electrical, conductive and resistance variations.

These variations can be translated in different ways, including into musical scales.

The experiments have shown that plants definitely appear to enjoy learning to use musical scales and also making their own music with the use of a synthesizer.

Although there is currently little scientific research conducted on this subject, one cannot deny that listen to these beautiful plants is a joy for the soul.