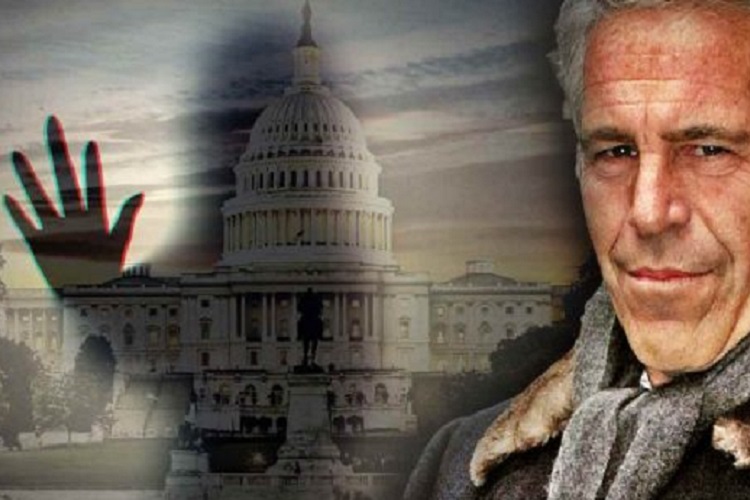 One of the largest stories in the news this week was the ABC anchor who was recorded on a hot microphone ranting about how the network suppressed her story on Jeffrey Epstein and his ties to the elite — three years ago. While this admission was certainly noteworthy, it should come as no surprise. Over the past few years, the mainstream media, in general, has refused to report on any of Epstein’s ties to current and past government officials, Hollywood insiders, and even royalty. Now, as the “Epstein didn’t kill himself” memes storm the internet, it has all of the sudden become “cool” to finally talk about this insidious group of power elite predators. However, those of us in the alternative media have been talking about this stuff for years — before it was cool — and we were called conspiracy theorists for doing so.

Epstein is also tied to the current president Donald Trump. Indeed, prior to taking the White House, billionaire Donald Trump dished out praise for Epstein back in 2002, telling New York Magazine for an article, in hindsight, peculiarly titled, “Jeffrey Epstein: International Moneyman of Mystery,”

“I’ve known Jeff for 15 years. Terrific guy. He’s a lot of fun to be with. It is even said that he likes beautiful women as much as I do, and many of them are on the younger side. No doubt about it — Jeffrey enjoys his social life.”

When we were reporting on these provable facts years ago, the mainstream media was suppressing them. Even Prince Andrew was tied to this convicted pedophile. In fact, one piece of evidence submitted during a lawsuit against Epstein last year was a photo of Prince Andrew with his arm around the underage victim, Virginia Roberts who claims that was she was both forced to have sex with Epstein and that she was “loaned out” to perform sex acts on his friends.

“The Palace found out that we had her whole allegations about Prince Andrew and threatened us a million different ways,” Amy Robach, ‘Good Morning America’ Co-Host and Breaking News Anchor at ABC was recorded saying on a hot mic in the now viral video.

As ABC was taking marching orders from the Royal family to cover for a convicted pedophile, those of us in the trenches of alternative media were putting out reports left and right. The Miami Herald is arguably one of the largest purveyors and investigators in the Epstein corruption case, putting out bombshell after bombshell over the last few years. Sadly, however, most of it was ignored.

As TFTP has reported, Epstein is a convicted child molester and sexually abused no less than 40 underage girls. Despite this fact, Alexander Acosta protected him while serving as a U.S. Attorney in Florida.

Instead of going to prison for life, as he should’ve considering the evidence against him, Epstein only got 13 months and was allowed to stay in the Palm Beach County Jail in his own private cell where he was allowed to leave the prison six days a week for “work release.”

Instead of being investigated for letting this convicted pedophile off with a wrist slap, Acosta was appointed by Trump to Secretary of Labor. During his appointment hearing in 2017, Acosta defended the way he handled the Epstein case.

As the Alternative Media was screaming from the rooftops — literally, we did a podcast on this last year —  that this man let a pedophile off with a wrist slap and was then appointed a high position in the government, the mainstream media ignored it once again. Only after Epstein was arrested did Acosta’s role become something the mainstream media would talk about. The coverage almost immediately led to this pedophile helper’s resignation.

When the Hollywood #metoo movement blew up, the mainstream media focused solely on a few people while ignoring Epstein’s ties to any of it. However, pining away with pertinent information were the folks at the Antimedia, showing the connections.

When Epstein was being sued in Federal Court last year, the mainstream was again silent. But TFTP contributor, founder of the Conscience Resistance, and Houston mayoral candidate Derrick Broze was in Florida — standing in front of Epstein’s mansion — trying to get this information out to the public.

Yet again, the algorithms, the “fact checkers” and thought controllers acted almost in unison to silence these platforms. A month after TFTP published Broze’s extensive investigative work, our entire social media network across Facebook and Twitter, consisting of nearly 7 million followers, was surreptitiously wiped off the face of the internet.

None of the information we have put out in regard to Epstein over the past few years has been wrong. Alternative media has had their finger on the pulse of the Epstein corruption for years, yet we have been shoved into the fringes by the mainstream. Coincidence?

Sadly, however, although it appears that they are finally reporting on the Epstein corruption, the mainstream media is still pussyfooting all over it. They are more concerned with Epstein’s death in jail than the actual connections to these elite child traffickers, many of whom are still free.

Whitney Webb with Mint Press News has been following the Epstein case down into the deepest crawls of the establishment and has been asking hard questions, like how the hell is Ghislaine Maxwell — who is alleged to have helped Epstein traffic these children — still walking around a free person? If you want a true glimpse into how deep the rabbit hole goes, you can take a look at their in depth coverage, here.

NEW: Questions mount about Jeffrey Epstein’s death, while the friends and associates who have answers about his life of using a child sex ring to blackmail the rich and powerful continue to walk free… pic.twitter.com/qqQSd2ZdGD

The sleight of hand tactics employed by the mainstream are becoming more and more apparent as we progress through time. It is no surprise that they have earned the nickname “dinosaur media.” Let’s hope that those who help to protect society’s worst, who victimize and prey on innocent children, will one day find their platforms used for this protection, extinct, just like the dinosaurs.

In this article:ABC, elite predators