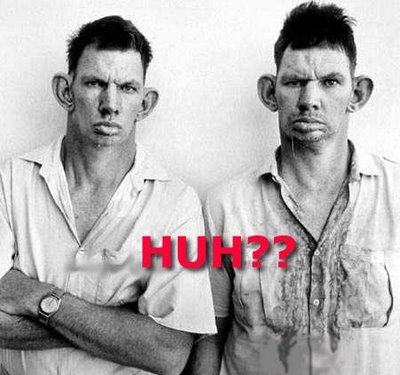 Humans speak many languages, but we may be united in our confusion. A new study examined languages from around the world and discovered what they say could be a universal word: “Huh?”

Researchers traveled to cities and remote villages on five continents, visiting native speakers of 10 very different languages. Their nearly 200 recordings of casual conversations revealed that there are versions of “Huh?” in every language they studied — and they sound remarkably similar.

While it may seem like a throwaway word, “Huh?” is the glue that holds a broken conversation together, the globe-trotting team reported Friday in the journal PLOS ONE. The fact that it appears over and over reveals a remarkable case of “convergent evolution” in language, they added.

“Huh?” is a much-maligned utterance in English. It’s seen as a filler word, little more than what’s called a “conversational grunt,” like mm-hmm. But it plays a crucial role in conversations, said Herbert Clark, a psychologist at Stanford University who studies language.