Erich Von Daniken the author of Chariots of the Gods, was presented with the Stella Citizen Award by Ancient Aliens TV regular Giorgio A. Tsoukalos, at the Princess Anne Theatre, Bafta, London last month.

In a two hour presentation Erich used video clips, computer animations, slides and diagrams to back-up his claim that thousands of years ago there was a war in heaven. He said, 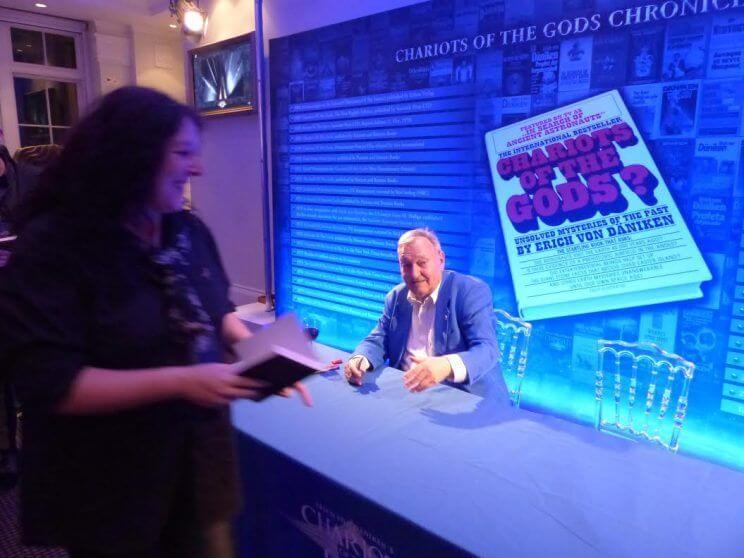 ‘The E.T.’s know about us because we are part of their DNA. The Bible speaks of the daughters of men having intercourse with these visitors, and many worldwide myths and legends repeat the same story. These stories always say the E.T.s will return to us.’

Erich thinks this could be in the next twenty years.

The ‘Erich Von Daniken Legacy Night’ celebrated 50 years of his groundbreaking book that dramatically claimed humanoid extraterrestrials visited us in our distant past and caused the building of the Great Pyramids, Stonehenge, the Nazca lines, Stone Age cave paintings, Mexican temples and in more recent times UFO sightings and crop circles. 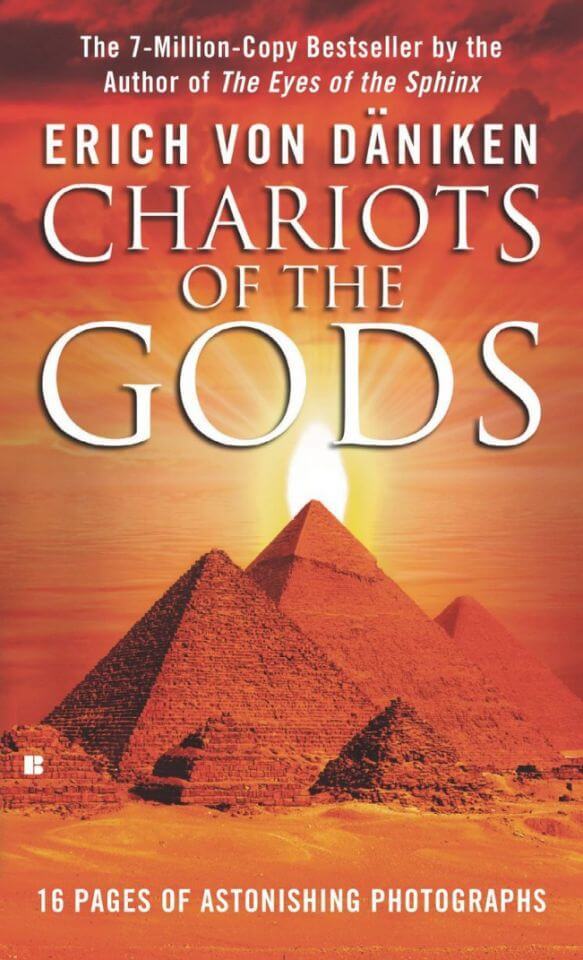 Evidence of this is contained in ancient Indian religious texts as well as in the Christian Bible, Daniken claims. Erich emphasised that their concept of heaven is really a reference to outer space, so the angels were E.T. visitors rather than spiritual creatures.

Visions by the likes of Ezekiel and Enoch strongly suggest they saw E.T. shuttlecraft and spaceships. After telling NASA scientists at a secret meeting about Ezekiel’s vision, Erich claims they developed a multi-directional wheel from the Biblical descriptions and went on to patent the idea.

After his remarkable presentation he was interviewed on stage, where he confessed that he had always had an enquiring mind and was intrigued by the thought of alien visitors at an early age. He went on to work in the leisure and hotel industry, and worked as a hotel manager whilst writing Chariots of the Gods.

On its publication in the late 1960s it achieved worldwide success, and his books have now chalked up more than 70 million sales. They have inspired Hollywood blockbuster movies, TV series like The X-Files and numerous documentaries expounding his ideas and have become a cultural phenomenon far beyond his greatest expectations.