We humans create our human reality. Our evolving human perception not only experiences but creates at least some of the strange forms and alien craft which we see in our skies.

By believing passionately in something that still does not exist, we create it.
The nonexistent is whatever we have not sufficiently desired.
– Nikos Kazantzakis
Greek philosopher Nikos Kazantzakis wrote “Zorba the Greek” and “The Last Temptation of Christ” and was the inspiration behind Anthony Quinn’s award-winning performance in the film, “Zorba the Greek.” Perhaps “Zorba the Human” would have been a better title.  I have no idea if Mr. Kazantzakis believed in life from other worlds and UFOs, but his thoughts are a poetic, artistic version of what quantum physics tells us about our creation of this reality.
We don’t think often about our own evolution and what it really means: What does the mental and spiritual process of evolution look and feel like? How does mass consciousness actually expand? Where is the evidence that this evolution-process even exists in each of us as members of the species? Might the evidence be in those UFOs we keep sighting?
Everything we call real is made of things that cannot be regarded as real. – Niels Bohr
Are at least some UFO occupants created by Homo sapiens’ vast, insatiable need to evolve? Or, a variation: Are UFO occupants being created by the process of evolution itself? Are UFO occupants falling out of the evolutionary egg?  Evolution is a mysterious force which is a blend of science and spirit.
Consider the fact that the universe itself keeps growing as we, the human species, continue to evolve. A few hundred years ago, Earth was flat and the Sun revolved around Earth. For all intents and purposes, this was true. Futurists were punished when they dared to guess that the world was round. Society and laws reflected that the Sun revolved around the Earth.
Today, just when we learn that there are 100 billion stars in 100 billion galaxies, it turns out our expanding science has discovered 200 billion stars in 200 billion galaxies. But wait! It was just announced the Milky Way might have 400 billion stars with as many planets! Our science constantly expands the universe and so does our spirit.
Imagination is more important than knowledge.  – Albert Einstein
It seems the natural world has this prime directive: Evolve or Die!  However, humans are strange because of our advanced intellectual and spiritual needs. The animal world has wonderful intelligence and spirituality too, but it is in balance. Humans are restless, aggressive beings who seem out of balance with their own planet but at the same time, have amazing abilities and potential which other Earth species do not.
We arrived at this state of imbalance coupled with intelligence after many hominid species disappeared; one line of evolution was the most vigorous and aggressive, becoming Homo sapiens. We do not know what our people-ape ancestors began to perceive once the pressure of evolution set in. Did they begin seeing transparent, winged beings which flew through the sky? Did they see delicate hairless beings with prominent foreheads who manifested and then disappeared in the wink of an eye?

I believe this expanded, more complicated perception was  “available” within the electromagnetic morphic field. If our morphic field stretches out of our heads and into the cosmos, then there is always a more advanced version to be “downloaded” (a new evolutionary update).
If quantum physics hasn’t shocked you, you have not understood it yet. – Niels Bohr
Earlier hominid species just couldn’t dream of computers and rockets to the moon, thus they did not bring them into being.  Whether evolution allows a species to perceive more of the cosmos, or the species actually creates “more” within the cosmos, who knows?
Of course there is the ancient astronaut theory which says that our ancient ancestors interacted and perhaps interbred with UFO occupants. How does this fit in with my theory? Doesn’t this mean that early humans saw UFOs and beings too? Then it is not just the individual of 2013 who sees an image generated by his evolving mind.
Our ancient ancestors were Homo sapiens, we have only been on Earth for a heartbeat. The process of evolution, the next step, had begun as soon as we emerged. The Egyptians, the Mayans, Greeks – it was not that long ago. Pre-human species were thousands of years before those humans who interacted with ancient astronauts.
Perhaps the ancient astronauts felt it the right time to interact with young Homo sapiens, planting the seeds of “proof” to which UFOlogists and other human seekers would point many years later. There is a lot of evidence for the ancient astronaut theory, but like a giraffe evolving to reach the high leaves, these days we have to work hard to embrace the next evolutionary leaf which was planted in ancient astronaut days.
And evolution involves work! It involves stretching and stretching your neck over thousands of years if you are a giraffe. Thus the ancient astronaut beings do not hand it to us today on a silver platter, we have to work for it. They remain partially hidden, almost not interfering at all; they are only available in glimmering objects hovering in the night sky. They are making us reach now, this is how evolution happens. However, the foundation and promise was laid during the ancient astronaut days. This is part of our inspiration and proof – now.
But did we create the ancient astronauts? That is much too simple because I do believe there are beings visiting us (always have) from actual sources such as other planets and dimensions. Perhaps in the strictest sense, we do create all we perceive but I am not championing that extreme view as much as simply saying, some of the aliens and UFOs we are presently experiencing, might have arrived because we are in the process of “downloading” an expanded consciousness. Therefore, we perceive more of the universe.
No problem can be solved from the same level that created it.
– Einstein
Your cat walks all over your computer keyboard. This is very frustrating because not only you are trying to type, but cat hairs are not good for the keyboard. But does the cat really perceive your keyboard at all? Your cat knows there is space there to walk with a slight up-rise from the desk itself. She does note that the human spends a lot of time pounding this space with human-fingers which should be petting cat.
So, for thousands of years, we suddenly perceive more than just the starry skies. There is more there but we do not have the knowledge nor the imagination yet – to comprehend it fully. However, we are now near the cusp of our evolution; good-bye to Homo sapiens and hello new species. The universe is growing too and it is no coincidence!
I wrote an article  http://www.ufodigest.com/article/does-earth-herself-create-ufos-ghosts-and-fairies asking if the Planet Earth herself creates UFO occupants,  fairies, and ghosts, perhaps in her subconscious or dream state. That theory can be blended with this one:  Gaia creates her various life forms. The dynamic, irresistible process of evolution begins to happen to them, because their creator is a living, breathing entity herself who is always evolving.
As millions of years roll on, these life forms come into new fields of perception which are actually the multiple EM layers of reality of the planet itself which belongs to a huge universe. Or, as a variation: These are the layers of the cosmic onion of quantum perception.
There had to be The Moment when Grandfather Hominid’s mass consciousness became Homo sapiens’ mass consciousness. The force of evolution favored the new human form.  This will happen to Homo sapiens too. It is happening even now.
Someone might say, “Well, it is a physical thing, this evolution. Early hominids slowly grew a larger frontal lobe, slowly lost the physical hair, and so forth.
However, what makes us human?  What makes a wolf – a wolf? What makes a blue jay – a blue jay? Yes, there are physical characteristics but each species has a “hum” (a morphic field), which cannot be completely defined or fully encapsulated by looking at the physical structure of the life-form.
Earlier hominids behaved, felt, and thought, differently than Homo sapiens. What it meant to be them was different than what it means to be Homo sapiens.
There will come a day when Homo sapiens starts to fade and the next step in evolution begins. This new species will be flying into alien dimensions that Homo sapiens ever dreamed of.  Sound familiar?

I have offered many theories on the origins of UFOs and their occupants;  these theories might blend together, thus UFO truth might be combinations of individual sources.
I am positive that human evolution has something to do with some of the UFOs we are seeing. I believe this fact is a good reason not to be constantly afraid of them. What if we not only are beginning to perceive their reality, what if we are actually creating their reality? In a basic way, we are creating the mind and spirit of the species which comes after us.
If our minds are evolving into their minds, then are we creating creatures born out of constant fear, constant aggression, constant greed, constant war, and constant destruction of our home world?
Fly on, Future Humans! Be gentle, intelligent, peaceful and just!
In this article:Alien Encounters, Aliens and UFOs, Human Consciousness 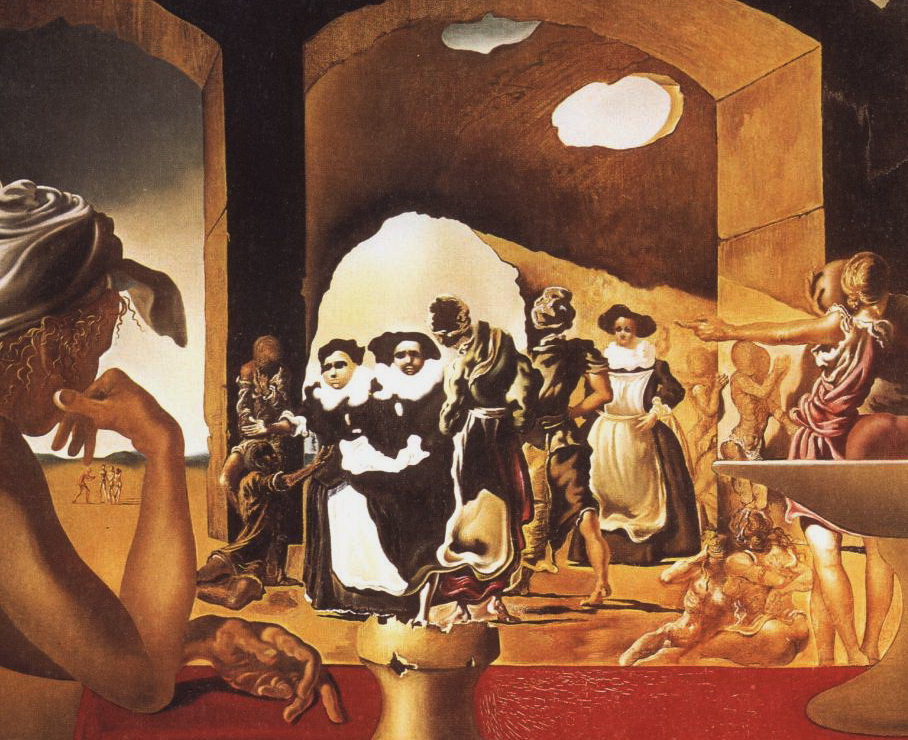 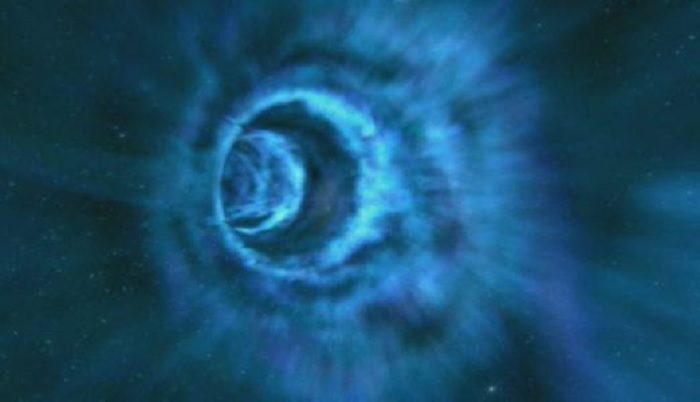 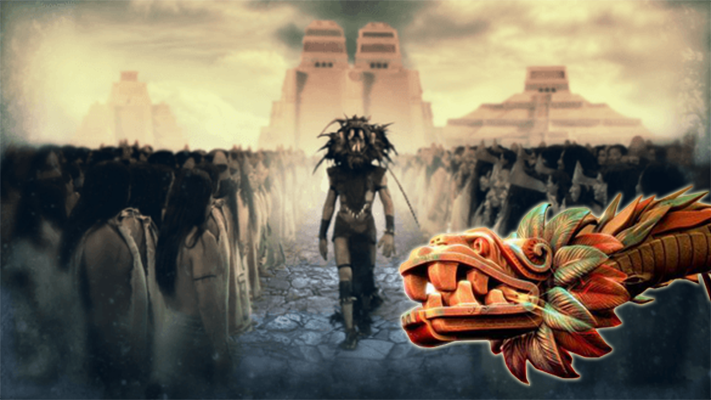 Was Quetzalcoatl An Extraterrestrial? Here’s How Mesoamerican “Mythology” Described Him

With the recent release of the Pentagon’s UFO footage, which comprised of two videos filmed by U.S. Navy pilots of objects performing maneuvers that... 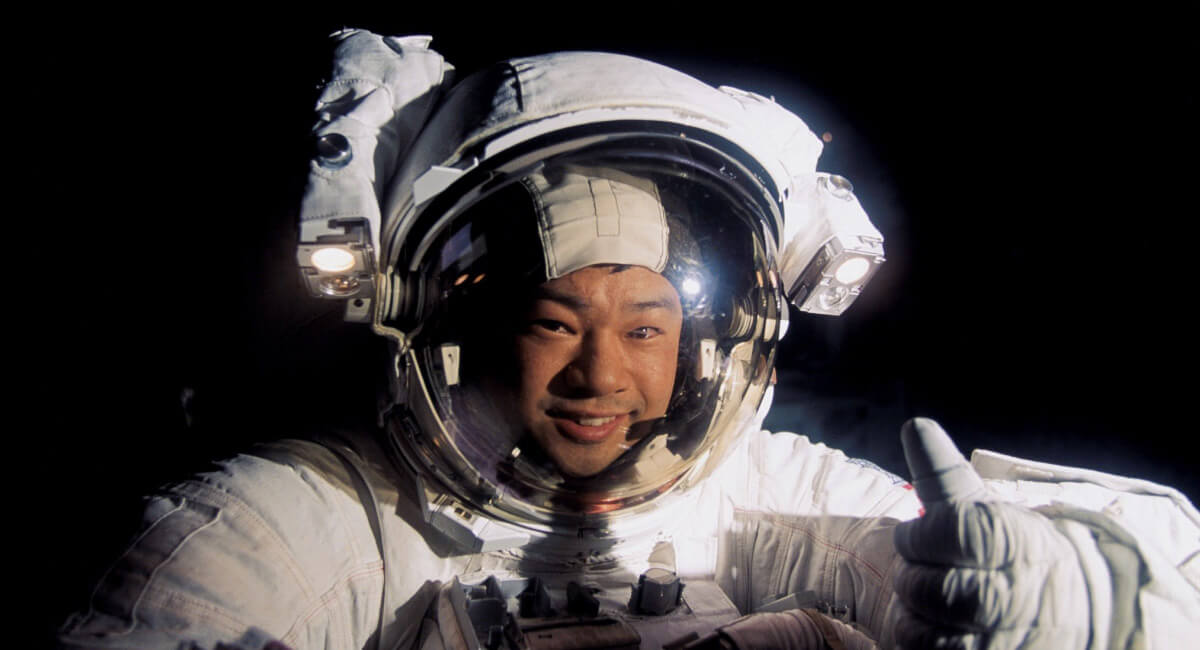 Astronaut Leroy Chiao Opens Up About His 2005 UFO Sighting

In 2005, astronaut Leroy Chiao was commander of the International Space Station for six and a half months. During a spacewalk with cosmonaut Salizhan... 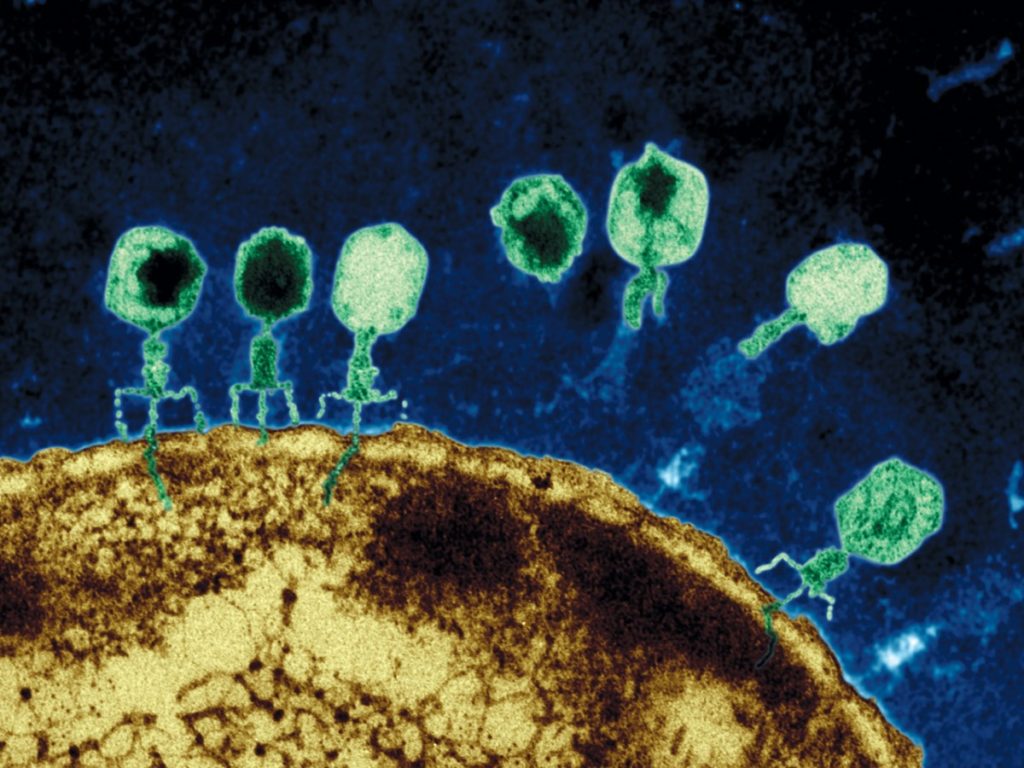