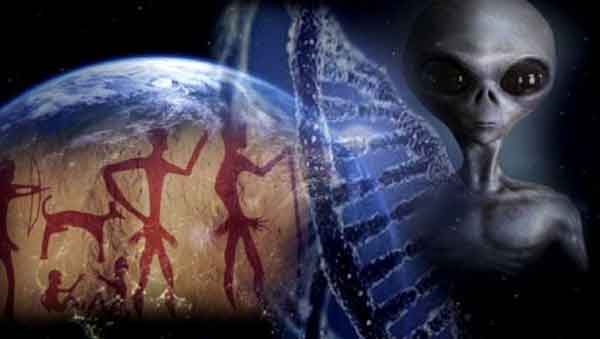 The aliens from the Pleiades are Pleiadian aliens. They are also known as Nordic aliens and are much like humans. The Pleiadians can exist in different spatial and temporal dimensions, possessing the ability to control the energy of spiritual spaces.

Pleiadians created humanity at the beginning of time

The aliens from the Pleiadians come from the star constellation known as the Pleiades. There are seven stars, and Taiga is one of this group. Nine planets revolve around a star, of which four are inhabited by sentient beings. Pleiadian aliens originated from the planet Erra, which revolves around the star Taiga.

Erra is very similar to planet Earth and 10% smaller than our home. About four hundred million creatures live on Erra. Just like on Earth, animals live there and there are plants. A day on Erra is just 6/10 seconds less than on Earth.

The population of this planet does not use telephones, because they can communicate through telepathy. The Pleiadians travel the planet through a system of spatial channels.

The normal life span of the Pleiadians is seven hundred years! They have no medical problems because they control their health through mental abilities.

Mostly they are vegetarians, although meat products are not alien to them.

They have no currency, and they share the resources of their planet with other people. Although they do not believe in God as the creator of life, they enjoy a wholesome spiritual life, and their philosophy is based on the Universal truth of Creation.

They mention several facts illustrating the existence of aliens with the Pleiades on Earth;

(1) They are a very ancient race of humanoids, and they know the history of human evolution on Earth. According to them, the Earth is six billion years old.

(2) It is believed that the aliens with the Pleiades have a common pedigree with people, since the inhabitants from Lyra are our common ancestors. It is said that the Lyrans discovered the Earth long before the Pleiadians.

(3) In appearance, they are very similar to people. The exception here is the color, as their skin is lighter in comparison with people.

(4) DNA testing is ongoing, and geneticists have identified groups that appear only in Pleiadians and, to some extent, in countries captured by Pleiadians, such as England and Ireland. This DNA is not transmitted to any other group of people on planet Earth.

(5) The Pleiadians discovered fossilized human footprints on Earth, whose age is 120 million years, which indicates the existence of aliens.

(7) They participate in the upbringing of life forms such as whales and dolphins on Earth.

(8) They are responsible for informing about the methods of energy healing that were discovered many years later.

(9) The Pleiadians discovered a small sun system with planet Earth during one of their research missions.

(10) They found three groups of uncivilized people living on Earth. The largest civilization was the culture of the pale Lyrans.

The Pleiadians have repeatedly made attempts to share their experiences, so that humanity does not have to face the failures and destruction that they suffered. However, there are currently not enough people to listen to them.

In the very near future, the Pleiadians will help all the people of our planet to follow the spiritual path of development.

At the same time, all this may turn out to be just a beautiful theory about a developed life outside the Earth. Today we have no serious evidence of the existence of aliens from the Pleiades, except for statements from astral travelers.

In this article:planet Erra, Pleiadian aliens