Sometimes archaeological artifacts appear to be chronologically out of place. An example of an out of place artifact (OOPART) might be a bullet hole in a Tyrannosaurus Rex skull.

Out of place artifacts (OOPARTs) sometimes appear unexpectedly among ancient ruins when there is no evidence of their development in older layers. It’s led some researchers to suggest that aliens once visited ancient civilizations and left evidence of advanced technologies in periods where human technology had not yet evolved to the point of inventing the devices itself.

In his book, Chariots of the Gods, Erich von Daniken laid the foundation for his controversial theory about ancient aliens. He suggested that alien lifeforms came to earth from other planets in the ancient past of humanity.

The aliens gave mankind the means to develop more technologically advanced civilizations, and the earliest humans believed that the aliens were gods from the sky.

Almost every civilization on this planet has similar tales about encounters with the alien gods. According to von Daniken, the fact that these stories and myths are similar globally may support the ancient alien theory.

Adolf Hitler was especially interested in exploring ancient Nordic mythology in his effort to create a German ideology about alien visitors coming to earth in UFOs and grooming the white Aryan race to become the true ancestors of the Germanic peoples.

After WWI, Hitler’s Nazi party used archaeology to brainwash the public for the Nazi political and nationalist agenda. The Germans, as a whole, were largely ignorant of their cultural roots, and Hitler used this to his advantage.

He assigned various Nazi leaders, such as Heinrich Himmler and a select group of German scholars and archaeologists, to research the German roots in antiquity. He wanted to find proof that the Germans were descended from a white Aryan race which had fled to northern Europe when Atlantis was destroyed. If he couldn’t find the evidence, he made it up.

Thus the Nazi regime developed its own brand of pseudoarchaeology or false archaeology for political propaganda use. In their search into prehistoric Nordic mythology, Nazi researchers spread out and combed the world in search of supporting data that ancient aliens were the core of the German heritage in establishing the Aryan blonde, blue-eyed master race that ultimately became the root of all advanced human culture.

Teams of archaeologists from the Ahnenerbe, Nazi Germany’s center of archaeology and research, investigated areas of Bulgaria, Croatia, Greece, the Far East, Tibet, Iceland and even Antarctica.

A total of 18 Nazi research expeditions yielded no real evidence that prehistoric Germans once ruled the world, and their work degenerated into occult studies and mysticism. However they did discover some OOPARTs of interest to the rest of the world.

In 1936, near the village of Khuyut Rabboua in Iraq, archaeologists discovered about a dozen curious devices which were dated to the Parthian era (250 BCE to 225 CE).

Each was a five inch tall terracotta jar with a 1.5 inch wide mouth. It contained a copper cylinder enclosing but not touching an iron bar. At the top of the jar, asphalt plugs separate the iron rod from the copper.

Later, researchers tested the batteries with grape juice and lemon juice as electrolytes to activate the electrochemical reaction between the iron and the copper. They discovered that the “battery” did produce a weak voltage. When hooked up in series, the devices produced an increased voltage.

– How did the ancients of Mesopotamia learn about this mechanism?
– Did ancient aliens show humans how to build the devices?
– How did they use the batteries?

Archaeologists found this OOPART in the Antikythera wreck off the Greek Island of Antikythera and dated it to 150-100 BCE. X-ray analysis revealed that there are a series of 32 gears inside the object, and archaeologists think it might have been an ancient mechanical calculator or computer.

Recently researchers have discovered that the mechanism might be a type of planetarium used for navigation. It displayed the Sun’s position in the zodiac throughout the year. It also displays the phases of the moon.

Again this discovery raises the same questions as the Baghdad battery.

The “Goddard Coin” was discovered in a Native American site in Maine and has produced controversy about its origins. In 1957, an amateur archaeologist, Guy Mellgren, discovered a silver Norwegian coin dating back to the reign of King Olaf Kyrre (1067-1093 CE). This is the only Norse pre-Columbian artifact found in the US.

There is evidence that the Goddard site was a busy Native American trading center operating from 900-600 years ago. It served traders from as far away as the area of present-day Pennsylvania, the Great Lakes and Labrador.

But there is no evidence supporting a theory that a Norse settlement existed in the vicinity. Currently archaeologists theorize that the coin was brought here from another area through trading activities.

Out of place artifacts have been discovered in other ancient, once commercially busy areas of the world. This is true especially around the Mediterranean Sea, in areas which were, at one time, active trade centers.

Artifacts from Imperial China have been found in ancient Roman trading vessels which sank in the area. This raises the question of whether Rome once traded with China during ancient times.

Misplaced artifacts don’t necessarily imply an ancient alien astronaut intervention in the history of humanity, but the theory does add another dimension of thought to the study of ancient peoples and their archaeology.

In this article:Ancient Civilizations, Out-of-place artifacts 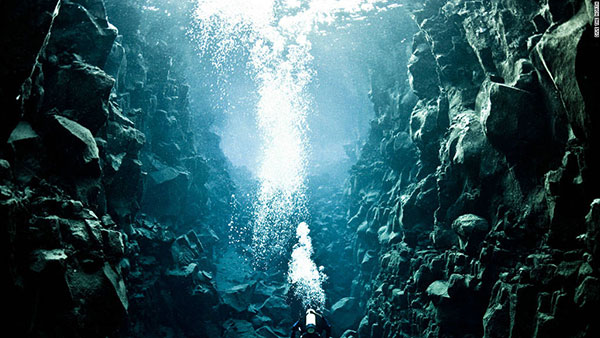