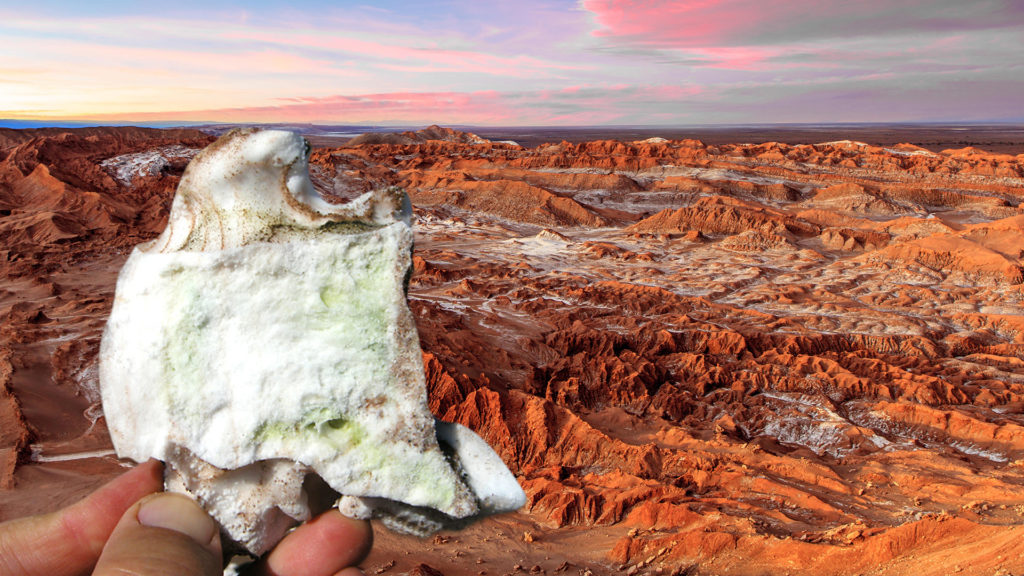 An extremely rare rain shower triggered an explosion of biological activity in the desert.

Microbes found living in the Atacama desert have raised hopes of discovering life on Mars.

Video is at the end of the article.

A freak shower in the world’s driest desert has surprised scientists by waking up sleeping microbes – raising the hope that there could be life on Mars.

The US team discovered incredibly hardy bacteria that can lie dormant in the soil for decades without a hint of water.

But when it unexpectedly rained in their habitat, the most arid corner of South America’s Atacama desert, they bounced back into life.

“It has always fascinated me to go to the places where people don’t think anything could possibly survive and discover that life has somehow found a way to make it work.

The discovery has brought new hope of life on the red planet.

“Jurassic Park references aside, our research tell us that if life can persist in Earth’s driest environment there is a good chance it could be hanging in there on Mars in a similar fashion.”

The researchers took soil samples from six different locations in the Atacama desert between 2015 and 2017.

Microbes had been found in the desert before, but it was not clear if they were original residents or dying vestiges of life blown in by the wind.

The answer came after an extremely rare rain shower triggered an explosion of biological activity.

The desert has similar conditions to the surface of Mars.
Genetic tests revealed several indigenous species of bacteria that had adapted to live in the harsh environment.

A return trip to the Atacama in 2016 and 2017 revealed that the same bugs were gradually reverting to a dormant state as the soil around them dried up.

Dr Schulze-Makuch said: “In the past researchers have found dying organisms near the surface and remnants of DNA but this is really the first time that anyone has been able to identify a persistent form of life living in the soil of the Atacama desert.

“We believe these microbial communities can lay dormant for hundreds or even thousands of years in conditions very similar to what you would find on a planet like Mars and then come back to life when it rains.”

Billions of years ago Mars had oceans and lakes where early life forms may have thrived. As the planet dried up and grew colder, the Martian bugs could have survived in much the same way as their Atacama counterparts, the scientists believe.

“If life ever evolved on Mars, our research suggests it could have found a sub-surface niche beneath today’s severely hyper-arid surface,” Dr Schulze-Makuch added.

A European rover due to land on Mars in 2021 as part of the ExoMars mission will drill two metres into the soil to look for signs of life.

The findings are published in the journal Proceedings of the National Academy of Sciences.

In this article:life on Mars

Air & Space (USA): life flourished on Mars in the past

In his new work, published in the International Journal of Astrobiology, Vincenzo Rizzo from the National Research Center in the Italian city of Cosenza... 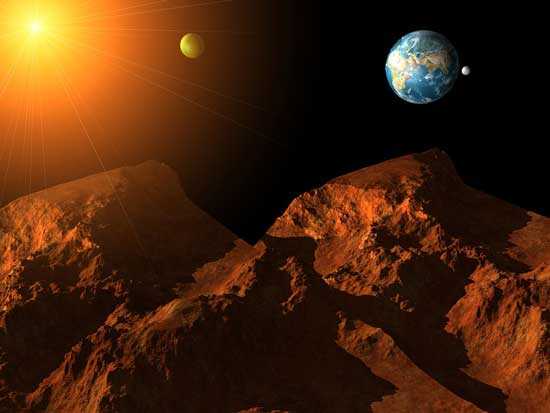 Was there life on Mars?

Was there life on Mars in its distant past? The search for the answer to this and many other questions haunts scientists around the...